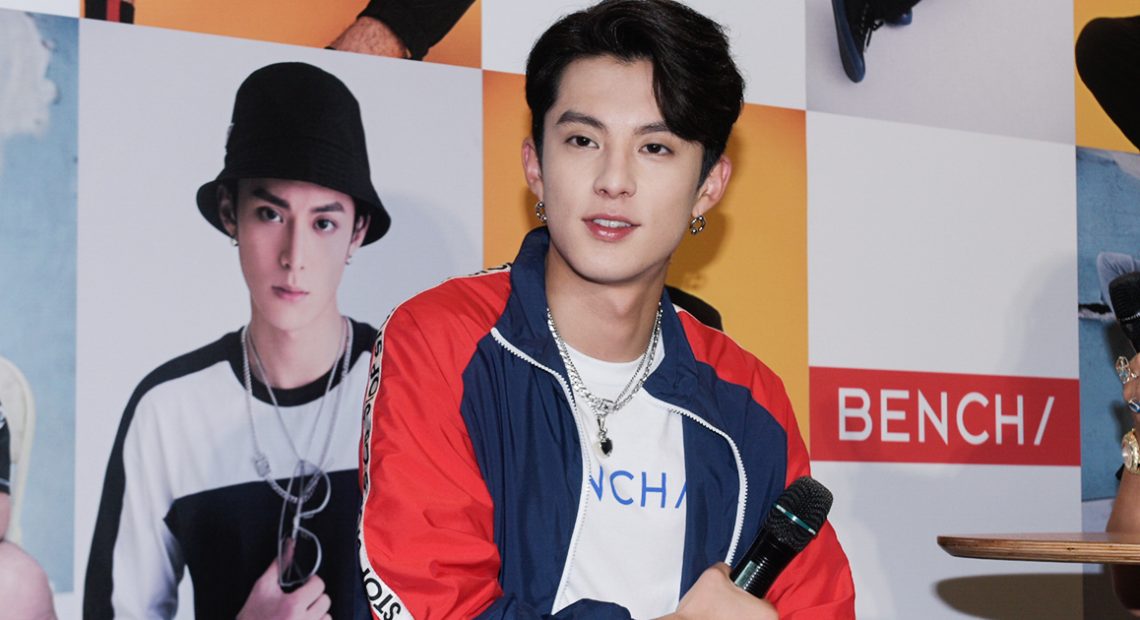 “That’s bad for you,” my pre-school teacher, in her pixie cut and lavender top, told me after class.

As a five-year-old running for first honor, I got reprimanded for asking my seatmate about which boy is “more” perfect for Shan Cai: Dao Ming Si or Hua Ze Lei? I was five years old, a good student. But I was also a five-year-old fangirl worried on how long this scolding would take.  If it would take too long, that means I’d miss that day’s episode of Meteor Garden—thankfully, I didn’t.

Just like the rest of the Philippines in 2003, I followed Meteor Garden by heart. The Taiwanese TV series served a breath of fresh air in a sea of Filipino teleserye tropes, and was addicting to boot. Beside Daisy Siete- and Spirits-themed notebooks, there were Meteor Garden ones for fans like me—often seen wearing F4 sandos, rewatching MG through borrowed DVDs, and buying that one item from MG’s collaboration with a soft drink brand. I couldn’t remember what the thing looked like anymore, but what I clearly remember is I really, really wanted to see a Meteor Garden character in flesh. 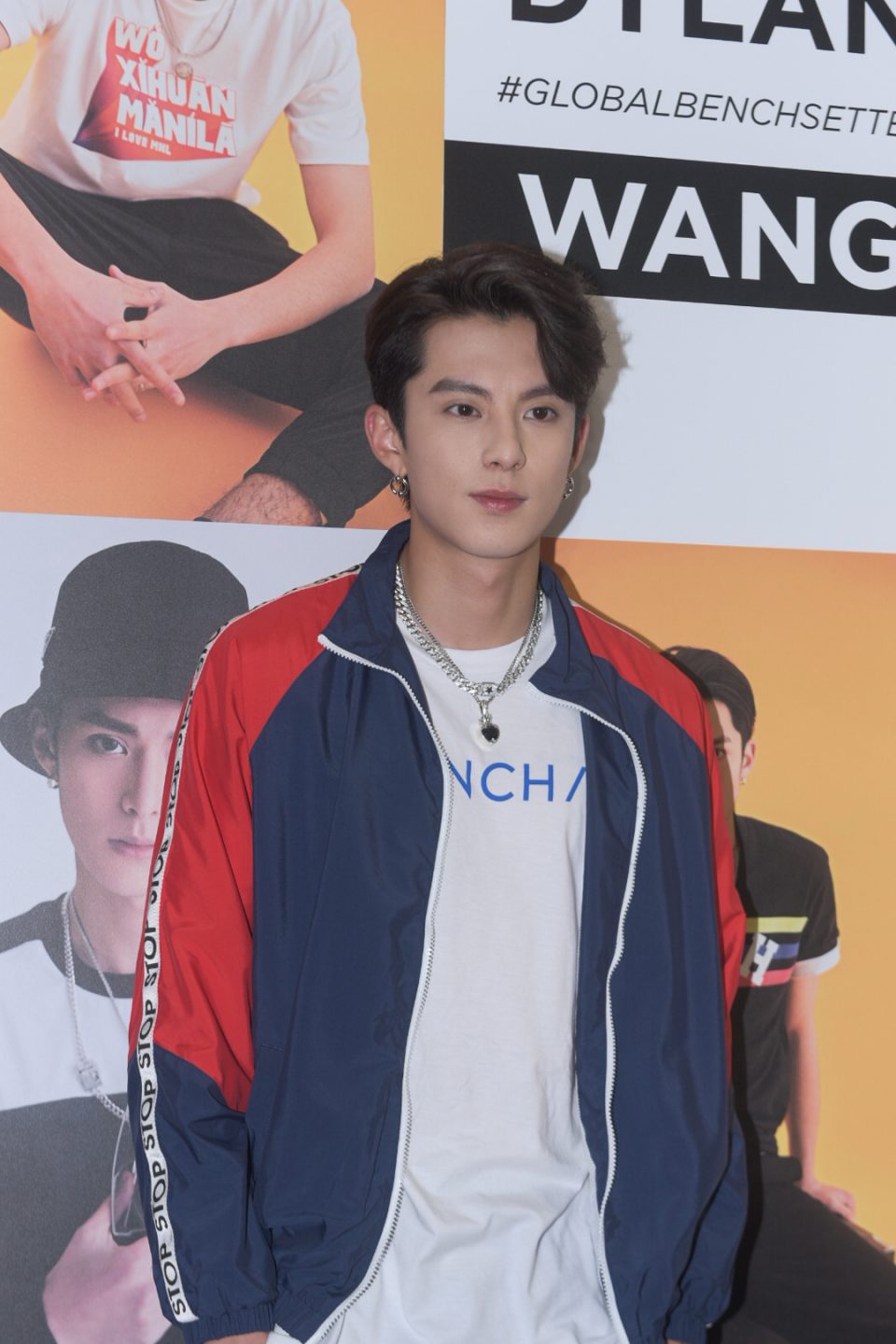 Three months prior to meeting Dylan in a press conference for his first-ever fan meet in the Philippines, I rewatched the 2018 version of Meteor Garden where he led the infamous F4. Because I loved the reinvented storyline, as well as the fresh cast. Because I enjoyed it as much as the first version I saw when I was a kid. But was I still the fangirl like before? 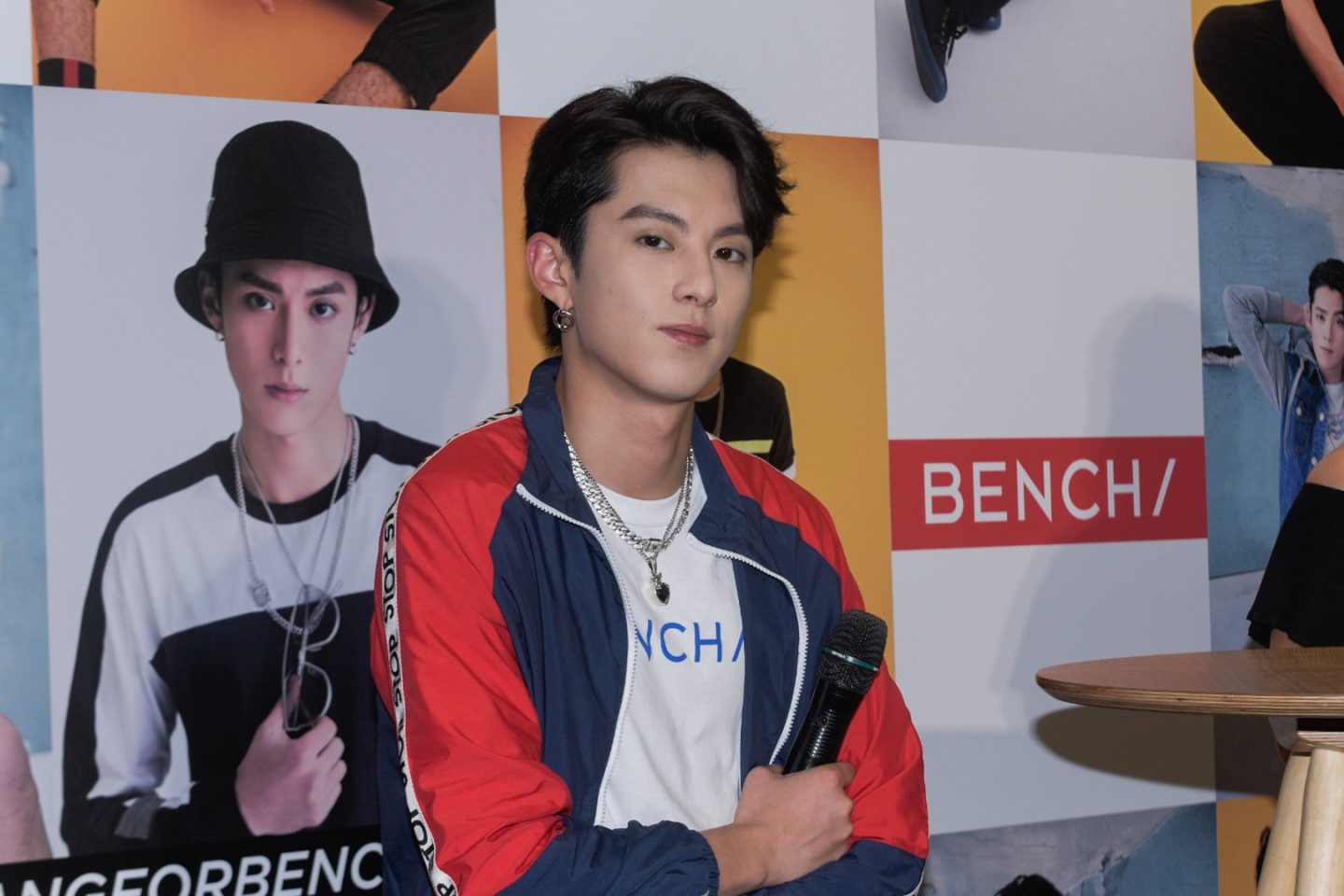 Being a Meteor Garden fangirl at 21 feels weird, and sometimes even illegal. Age comes with wisdom, some say, and that probably means I should be too old for swooning over a group of troublesome college boys putting red cards on school lockers like attention-deprived kids. Maybe I should be fixated on stuff my age. Not something set in classrooms, cafeterias, or close to meteor showers.

But finally seeing Dylan Wang felt like a pullback to my youth. The moment he entered the room, I felt like the five-year-old kid whose fangirling was valid. There’s something liberating with seeing your idols in real life. Suddenly, he wasn’t just Dao Ming Si.

He’s Dylan Wang, 20 years old, a former flight attendant (he would’ve continued that career if he didn’t enter showbiz). His eyes spelled nervousness in the first two minutes he was facing us—the local press—that even the host asked us if we thought he really was nervous. He’s a young man who uses similes in his speech, like how he said, “Just like the weather, Filipinos are very warm.” He felt the pressure of taking the throne of an iconic role, but powered through it, making sure that his Dao Ming Si was his “representation” and not Jerry Yan’s. He shares life realizations like a friend: “Every day is a new day. There is no same thing happening.” 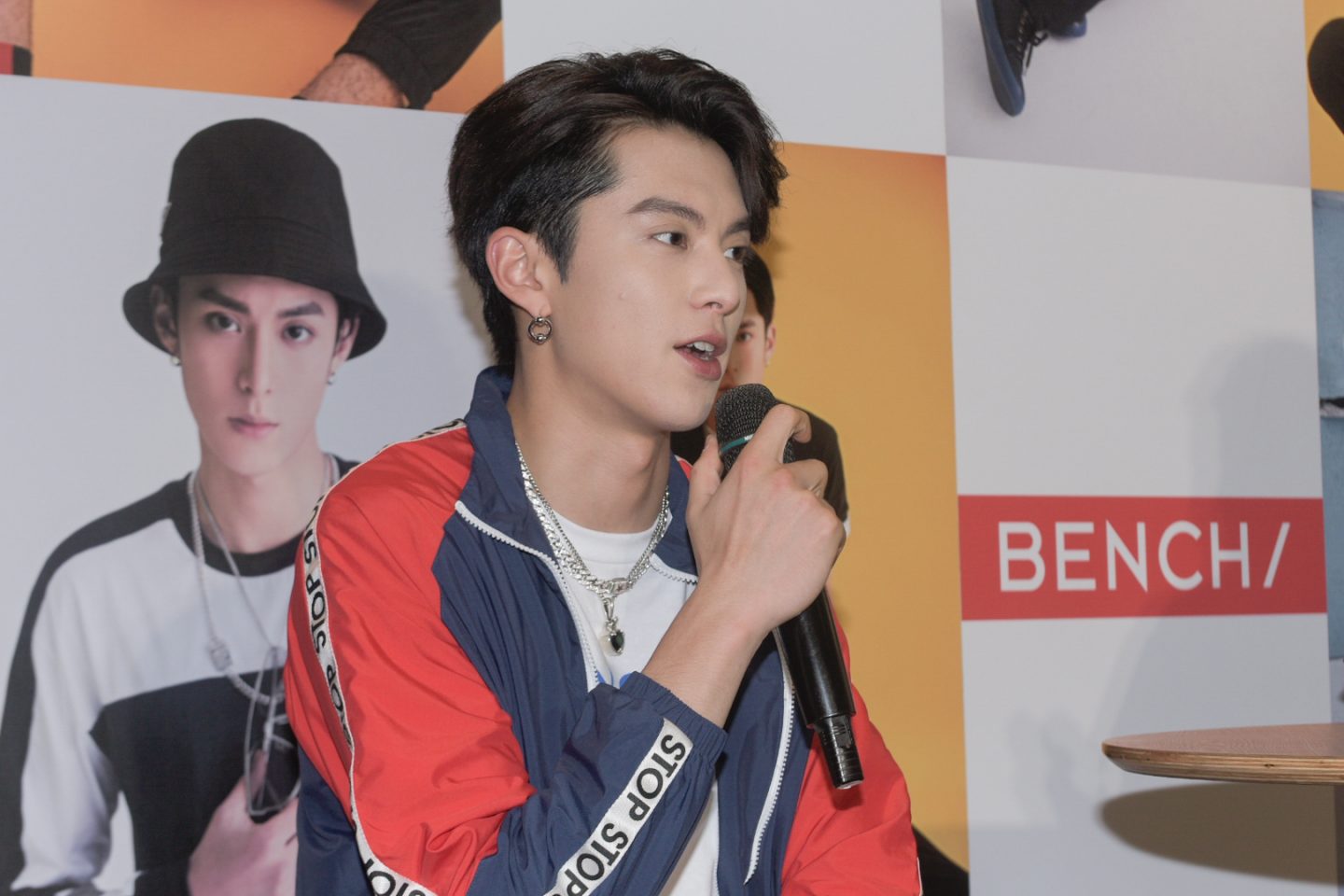 He likes basketball, games, and hip hop, that he tends to pattern his style to that of rappers. He pauses, he stutters. He smiles at some cameras, and doesn’t to a few. He’s “overwhelmed” and “thankful” for having a fanbase in as far as the Philippines. He crosses his arms and puts his left foot on the stool while telling everyone: “Just wear whatever you want, whatever makes you happy,” as if he doesn’t live in a world of schedules and scripts. And though he sees his occasional playfulness and immaturity alike of Dao Ming Si’s, I know he wouldn’t be trapped in a bubble. In fact, he’s ready to take on bigger, “more unique” roles, with his next fantasy period drama Ever Night 2 and The National Southwest Associated University and Us, where he’ll play a “young revolutionary.” “He’ll do his best to portray his future roles in order to make you guys happy,” his translator said. 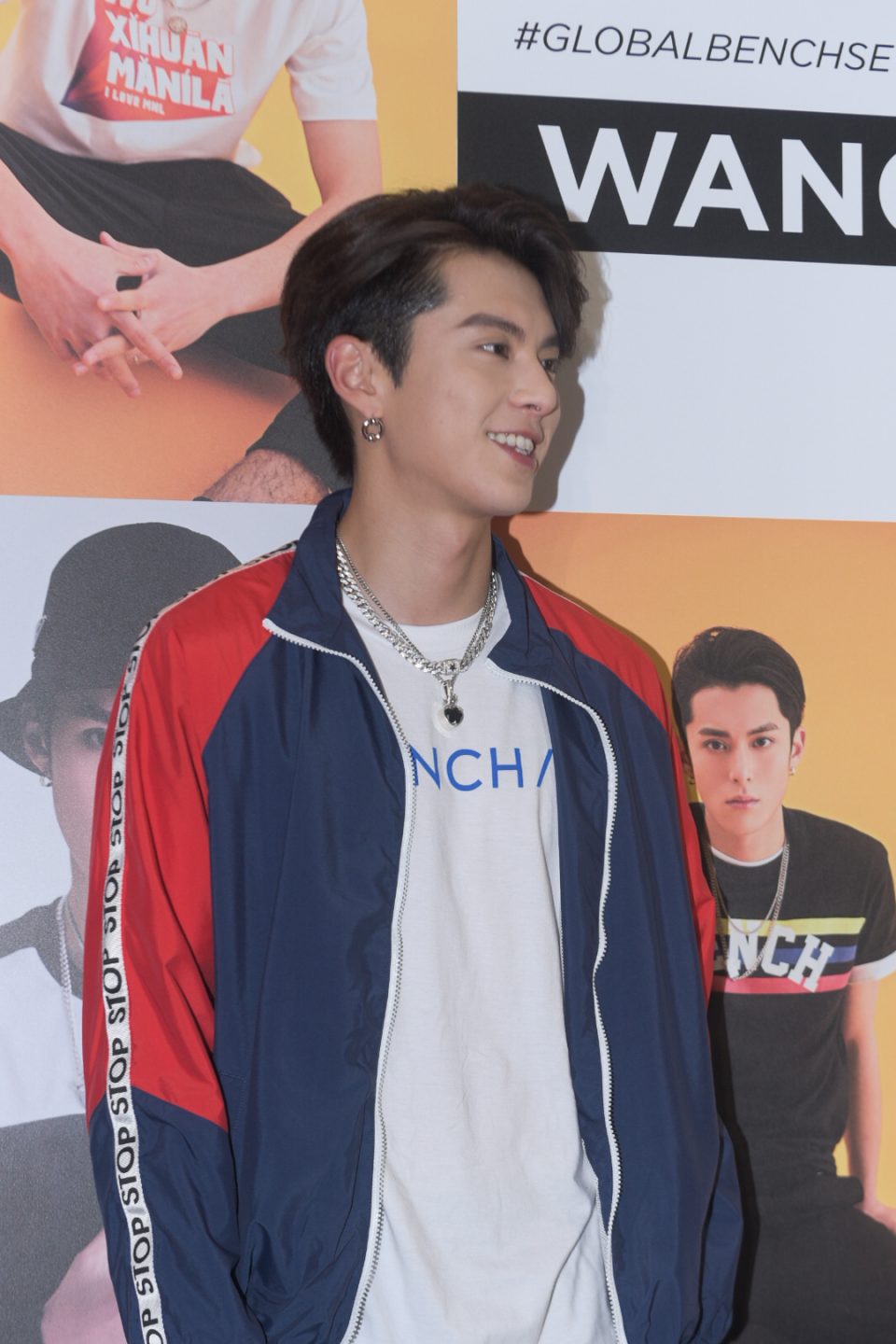 Suddenly, I don’t feel ashamed of rewatching Meteor Garden 2018. Memorizing “Qing Fei De Yi”’s English version and watching his appearances in variety show The Inn 2 felt worth it. For the first time in years, I joined an FB group of Dylan Wang stans. To top it off, I even bought the same track jacket Dylan wore in the press con. No shame.

The press con lasted only less than an hour as he needed to storm off to Araneta for his fan meet, where fans held banners and wore his official shirt that says, “Wo Xihuan Manila” (I Love Manila). I guess an hour-long conversation with him is a luxury now, but if I had the chance, I’d probably start with: “What’s your favorite Nintendo Switch game?”

SHAREWarning: This article touches on topics such as depression and body dysmorphia. My...