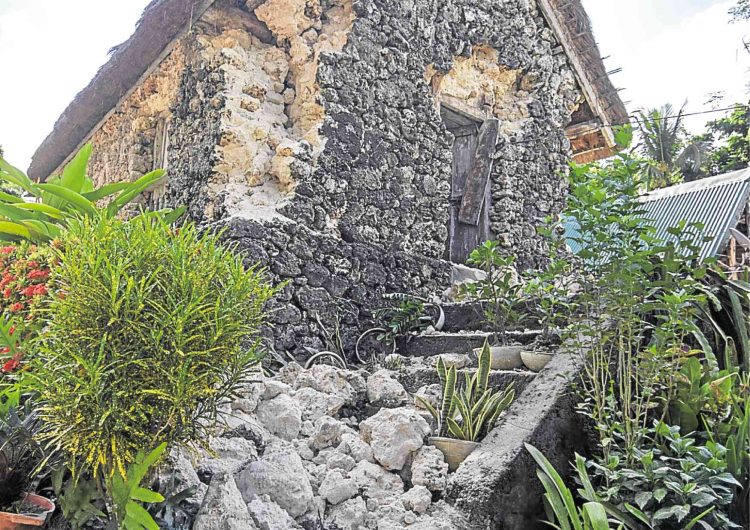 Earlier today at 3:20 a.m., Itbayat, Batanes experienced its third earthquake in a week. Today was an aftershock of the two strong earthquakes that hit the area last Jul 27. From last week’s quakes, nine were recorded dead and over a hundred were injured.

The 5.4 and 5.9 magnitude earthquakes of Jul 27 that happened only hours apart disrupted the lives of over 2,600 Ivatan and destroyed over 200 homes. The Ivatan houses, called nigadagada by the locals, are traditionally made with limestone to withstand typhoons which typically hit Batanes hard, being a small island surrounded by sea. Unfortunately, it’s not made to withstand tremors. Many nigadagada have now been reduced to rubble. Currently, the people of Itbayat are choosing to stay in flimsy tents instead of their own homes in case another quake hits. With the upcoming typhoon season, the Ivatans are in dire need of shelter.

The people of Batanes need our help. If you have any spare funds you would like to donate to them, The Inquirer Foundation has a line to collect proceeds for the victims. To pitch in, you can deposit your donations to Banco De Oro (BDO) Current Account No: 007960018860. For any concerns, you can also contact [email protected] or call them at 8978808 local 238 or 352.

Responding to appeals for help, the Inquirer is extending its relief to the families affected by the recent twin earthquakes in Batanes.

If you instead have disaster apparatus, there is also an ongoing #BangonItbayat drive. They are accepting tents/emergency shelters, emergency lights, generator sets, blankets, mats, clothes, and insect repellants. You can drop your donations off at NCIP Central Office, Batanes Ivatan Art Gallery or Valp Building. If you’re located in South Metro Manila, you can contact Roring at 0939-9016472. If you’re from the North, contact Marco at 0998-9885468.

We have the opportunity to protect these indigenous people’s lives from further destruction. Potentially, we can save their lives. It’s worth sacrificing your milk tea budget for the week to contribute to Ivatan’s rehabilitation. Let’s show the people of Batanes that they can count on their countrymen to lend them a helping hand.

Photo by Arnel Comaya for Inquirer.net

SHAREPhysical distancing may require you to stay within a six-foot radius from anyone,...