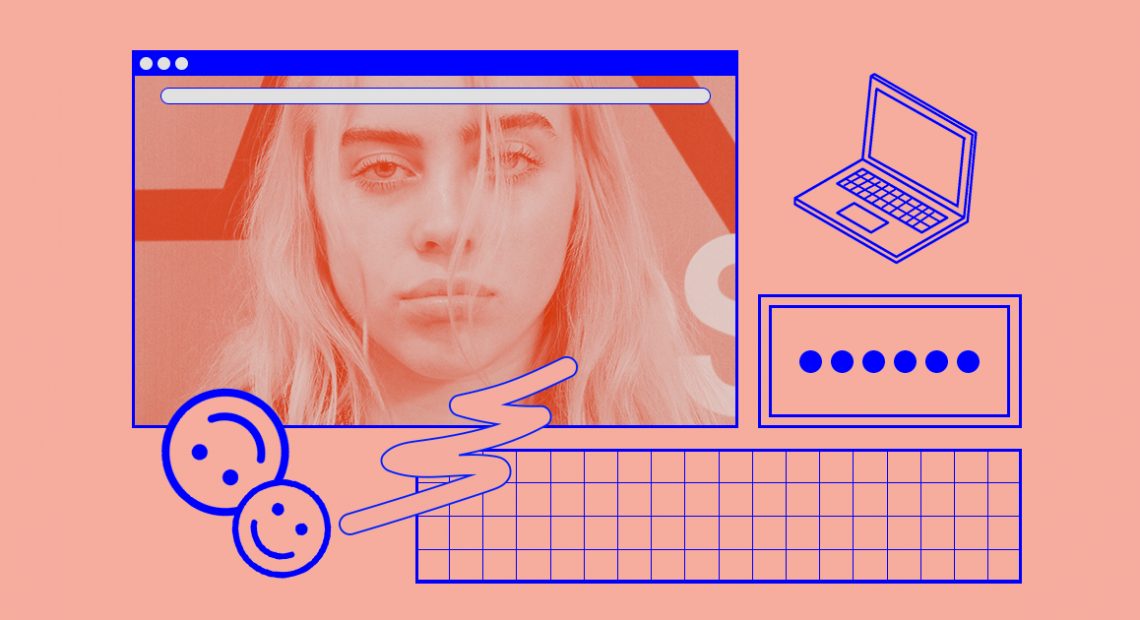 Subcultures could define a generation’s youth culture. Back in the ’70s, young punks influenced everything: from safety pins on their leather jackets to bands like Black Flag and The Clash hitting the mainstream. The same goes for mid-00s emo and scene kids. During 2006, everyone’s trying to pull off sidebangs, trading backpacks for studded belts, while religiously listening to My Chemical Romance or Fall Out Boy.

In the 2010s, social media and streaming are on the rise. Our phones are more than just for texting, and Paris Hilton’s shadow Kim Kardashian is now a pop culture super queen. A lot has changed since then.

So if Gen X had the punk movement, and millennials have emo kids, what do the Gen Z kids have?

Who knew i can take my own photos

Meet the e-girls and e-boys—the subculture bringing down cookie-cutter Instagram influencers. Or at least, that’s how Dazed Magazine defines them.

“It’s a sort of stereotype for a group I’d typically call the ‘new wave of hippies,’” Ian (@piecesputo), an Instagram-based e-boy tells us. “An e-boy/e-girl’s basically an internet person with a certain aesthetic or an internet person that’s kinda apathetic to internet recognition. I might be wrong, but I think it’s a subculture that grew from other subcultures birthed on the internet,” Paui (@fueledbysiomai), a Twitter e-girl adds.

E-girls started as a misogynistic term used by male gamers to insult female gamers. In their eyes, these women might be passionate gamers, but men see them as individuals who use video games for “male attention” and money.” This changed when Gen Z kids started reclaiming the term by “embracing the aesthetic of those that came before them, injecting it with an ironic dose of humor, and taking predominantly to TikTok to spread their unique message.”

Read more: The deeper meanings behind the “art hoe”

Similar to influencers his age, his fashion inspirations all come from Instagram. But what sets him and other e-kids apart is their love for alternative aesthetics where fashion has no gender, being unapologetically young, and wise beyond their years, or at least they try to be. He sees social media influencers around his age differently. On these influencers’ feeds, we only see peak aesthetic and the good life. This is what e-girls and e-boys are trying to reject. Quoting Gorillaz, they respect false icons by rejecting false icons.

“Influencers need to hold a certain level of social responsibility. Celebrities too. People will look up to them, so they need to be objective with the message they’re sending out. False advertisement and immoral entertainment are big no-nos,” Ian tells us his thoughts on growing up around an influencer-centric environment.

“Everyone likes a good gimmick, right? Some of these online influencers project a ‘cool and relatable’ internet persona, and those are some of the factors that get them a big following, I guess,” Paui says.

On these influencers’ feeds, we only see peak aesthetic and the good life. This is what e-girls and e-boys are trying to reject.

Paui doesn’t necessarily describe herself as an e-girl, but in her own words, the internet does. “I guess it’s because I dye my hair a lot, and the aesthetics kinda there. The e-girl stereotype started as a trend anyway, and I guess I caught some attributes,” she elaborates. Like mid-00s emo kids, not every e-girl or e-boy likes being called an e-girl or e-boy.

“I have friends who can pass as an e-girl or an e-boy, but I’m not sure if they see themselves as such since the term [may come across] as derogatory,” says Jae (@jaezdan), a non-binary teen who categorizes herself as an e-boy. “When people call me an e-boy, most of the time, I feel really flattered, as I really exert time and effort on my aesthetics, fashion, and art. For that to be recognized by people… it feels nice.”

Jae is a self-proclaimed e-boy who’s a pansexual activist. “I go by the term e-boy, which started as a joke until people actually started calling me that, ‘cause they said I look like one,” they explain. Like Ian and Paui, Jae does a lot of things: she is a freelance graphic designer, a tattoo artist, a musician, and a poet.

/ / b l i n d s i d e / / just wanted to share photos from the first photoshoot where i refused to conceal my skin's imperfections, completely. standards on beauty are subjective, i won't let mine be restrictive. Photographer: @raya.adrianne Wardrobe & Makeup by: @acespacetrash Edited by Yours Truly . . . . #edits #acnepositivity #selflove #model #lgbt #lgbtph #lgbtmodel #photography #fashion #studio

They have a modest following on Twitter and Instagram. In these sites, they have a safe space where their aesthetics and interests evolve. Dazed describes the e-girl/e-boy style as “infantilizing clothing with darker, more alternative influences.”

“My mom once mentioned that my blush always looks too bright, and I jokingly said the internet’s been doing it, so who cares?” Paui says of her personal style. Meanwhile, Ian describes his as unorthodox and flexible, while Jae sees her style as the lovechild of sophistication and rebellion.

So, why are e-girls and e-boys important? Does it hinge on aesthetics and the rejection of the influencer lifestyle alone? “I feel like the e-boy/e-girl trope will eventually die down, like other internet stereotypes,” Paui says. These stereotypes include art hoes and others before it. “I guess this is more memorable because they don’t care about their internet ‘clout.’”

Read more: 16 pieces of advice on how to start your own streetwear brand

Clout rules everything around us. Back in the mid-00s, Friendster was simply about testimonials on each other’s profile pages and codes that made profiles more extra. Now, social media is Black Mirror’s “Nosedive”—social media value is more important than ever.

These Gen Z kids let their aesthetics, sexuality, and world view evolve through the context of growing up in the world made by social media.

“The ‘influencer economy’ is thriving, and it has created a new vocabulary. I just reached 500,000 Facebook fans! My YouTube video went viral,” a The New York Times story reads. Just like in “Nosedive,” what you post and how you act matters. It even leads to mental health issues like social media anxiety disorder where people compare their lives to influencers’ perfect feeds.

Paui is right—e-girls and e-boys are just internet trends. Soon, they will be replaced by another subculture that’s more eye-catching or edgy, whatever comes first. But what makes e-kids stand out is their authenticity. These Gen Z kids let their aesthetics, sexuality, and worldview evolve through the context of growing up in the world where a virtual universe exists.

E-girls and e-boys choose who or what influences them, whether it’s the current norm or it goes beyond it. Like what Ian said, these are the new wave of hippies. And in a world where your coming-of-age might require some clout chasing, e-girls and e-boys are exactly the kids we need.

SHAREWe’re now into the second half of July, meaning it’s almost August. And...

SHAREA nice opening for the week is brought to us by our groundbreaking...