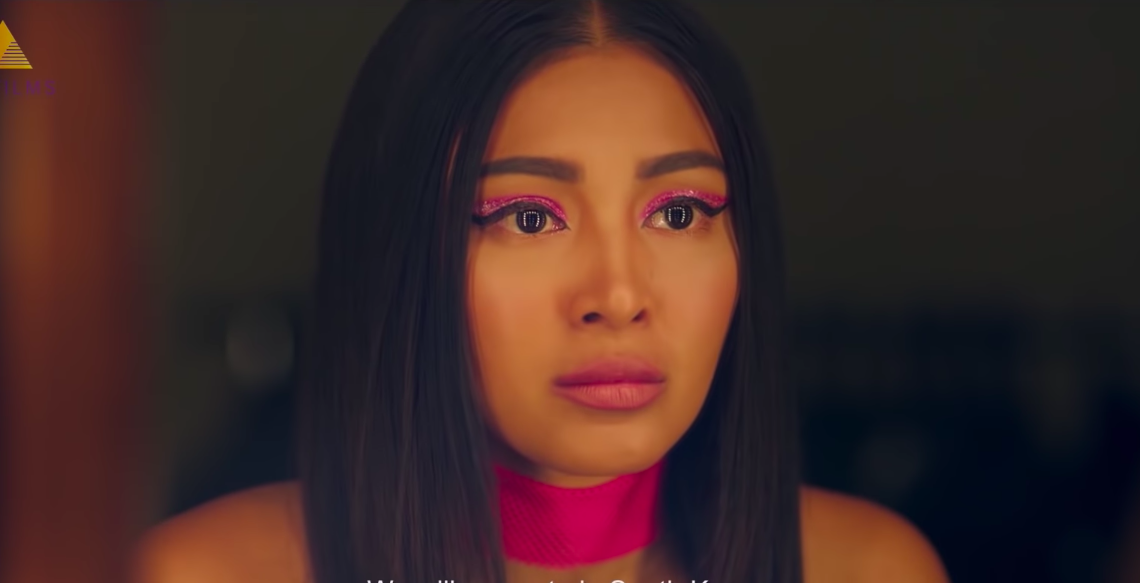 Nadine Lustre is one of the most exciting actresses today. Anyone who saw her work in Never Not Love You is rightfully on bated breath for what she’ll do next, and she continued to surprise by breaking away from the loveteam mold and striking out on her own. Earlier this year, she (sans James Reid) starred in Ulan, a romantic drama with elements of magical realism. Indak, too, is genre-bending. It’s a “dance musical” akin to Hollywood counterparts like Step Up and Center Stage.

The best thing about Indak (directed by first-time feature film director Paul Alexei Basinillo), is that it’s a rarity. It’s not often that we see local dance musicals on screen apart from Bollywood-esque dance numbers at the end of certain films, and even that trend died with the ’90s. In Indak, dancing doesn’t happen incidentally, the characters are dancers.

Read more: Nadine Lustre and the myths of love in ‘Ulan’

The film starts with a dance troupe called “Indak Pinas” backstage of a dance competition in Seoul, getting ready to perform. Jen (Nadine Lustre), one of its members, takes a quiet moment by herself. The movie then goes back to four months previously to tell Jen’s story and how she came to be sitting quietly by herself before a dance competition.

Jen, a tour guide and native of Cebu’s Bantayan Island, takes solace in dancing. One day alone at sea, she dances to herself. Unknown to her, tourists nearby film this private moment and she inevitably goes viral. This gets the interest of Vin (Sam Concepcion), who happens to be the leader of Indak Pinas, and who happens to be vacationing one resort over. He tries to recruit her as Jen’s friends ogle at the pogi city boy trying to whisk their friend away.

With a modest life, a younger brother, and an aging mother (played by Yayo Aguila) who works as the town’s albularyo, Jen hesitates to leave the only life she’s ever known. With her mother’s encouragement, she accepts Vin’s offer and heads out with him to the city.

Jen predictably struggles for a few scenes, but catches up quickly with one-on-one help from Vin. As expected, a romance simmers between the two. Jen is torn between pursuing her passion and worrying about her family. Meanwhile, the group secures funding to compete in Seoul only to lose it. Conflict arose, but the group decides to band together to raise funds. This involves a flash mob proposal and buying scratch cards.

It’s clear that Basinillo’s—who also wrote the screenplay—forte was directing dance numbers. They’re the most compelling parts of the film. Rare though it is to watch a dance musical on screen, and much less a locally-made one, there’s really nothing in this movie you haven’t seen before. The dancing isn’t particularly noteworthy, improved ten-fold by the production design and cinematography. The backstories are not at all complex or nuanced with the city boy and his two-bedroom condo, and the island girl with familial obligations.

In an attempt to conjure depth and meaning into a simplistic story, the film features evocative voice-overs that sound like they’re deep and profound but ultimately adds little to the story. There’s also a shoehorned love triangle, a surprise dead loved one, and a comic relief character that is more cringe-worthy than funny. There’s even an unsubtle James Reid joke in there for the sake of it. In a last-ditch attempt to surprise, Indak Pinas doesn’t even win the competition, with its aftermath glossed over to make way for other drama.

Sure, Nadine is great at whatever she does, but not even Nadine’s alluring screen presence can freshen up the same old tired drama and romance served up in Indak. If you’re hoping for a film that says something new, that’s just as much about the dance as it is about the dancers, this isn’t it.