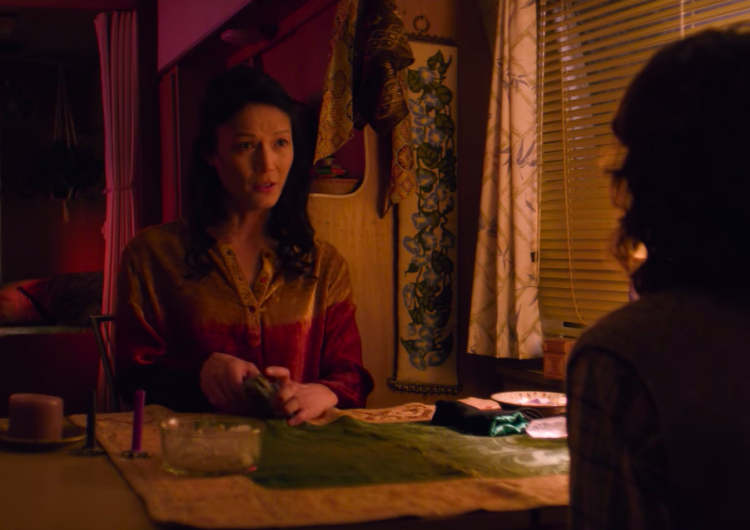 If you’ve already tuned in to GLOW’s third season on Netflix, you may have spotted someone familiar. On the episode “Keep Ridin’,” BB Gandanghari plays a fortune teller named Patricia, who is sought by lead character Ruth “Zoya the Destroya” Wilder (Alison Brie), in the hopes of untangling her future in wrestling.

“I am grateful and thankful to be a part of this super successful show, GLOW!” The actress writes on Instagram. “Booking a job is always exciting but booking your favorite show brings the excitement to an entirely different level.”

#GLOW: Guess what just dropped⁉️?(swipe left pls) . . Now streaming on #Netflix… I am grateful and thankful to be a part of this super successful show, GLOW! Booking a job is always exciting but booking your favorite show brings the excitement to an entirely different level. Thank you for the shout out, guys‼️ Thank you @TheBroganAgency for this booking. ? . . #ActorsLife #GuestStar #Hollywood #ProudlyPinoy #WorkingActor ?

For those who missed a ride on the GLOW hype train, the series is a fictionalized take on women wrestlers from the ‘80s based on the real-life federation “Gorgeous Ladies of Wrestling.” Season three adds a list of guest stars into their roster, including veteran actress Geena Davis.

This marks BB’s second Hollywood role, after her stint as Uror in the Amazon show Too Old to Die Young. Prior this, she came to social media to discuss her struggles as a transgender actress in California. For now, one thing’s for sure: BB’s glowing this time around.

Chicharon packaging is the new Campbell soup can #SeenOnScout