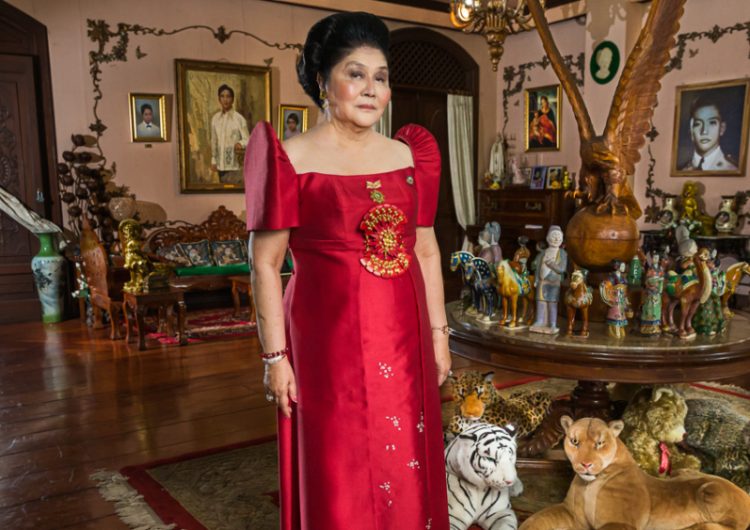 We’ve witnessed a lot of political drama in the last five years, but nothing beats Bongbong Marcos’ recurring poll protest ever since losing the Vice Presidential race to Leni Robredo in 2016.

The Marcoses are known for a number of historically infamous things: Ferdinand Marcos’ infamous dictatorship, their ill-gotten wealth amounting to at least P171 billion, excessive lifestyle, and human rights violations during Martial Law among others. But in Lauren Greenfield’s documentary “The Kingmaker,” which premiered at the Venice Film Festival last weekend, the Marcos family, especially former first lady Imelda Marcos, tries to rebuild their image despite their transgressions. Using various footage and one-on-one interviews with Imelda, “The Kingmaker” shows how she attempts to regain power through her son Bongbong.

Read more: Yikes! The Sandiganbayan had to let Marcoses and their cronies off the hook

“There is probably no one alive today who has spent more time in the corridors of world power for longer than Imelda Marcos,” The Hollywood Reporter says of the documentary’s subject. And in Greenfield’s 101-minute film feature, which she initiated in 2015, she probes more than just Imelda’s declared P923.8 million net worth and shoe collection of at least 3,000 pairs. What we can expect is a case of Imelda’s narcissism and an obsession with saving face from decades of perpetuating scandals.

“She thought this film was about her legacy and wants to tell her story,” Greenfield, who has consistently tackled the subject of excessive wealth on her previous documentaries told The National. But this one however made for a unique experience given that Imelda was an “unreliable narrator.”

Read more: Catch a glimpse of the Marcos regime on ‘The Laughing Star’

This gives us an overview of how she and her family are trying to reshape the public’s perception of them. In recent years, the Marcos family has continued to deny the horrors of Ferdinand Marcos’s dictatorship, including the illegal arrests and tortures. “What am I to say sorry about?” Bongbong even said in 2016, when he was called by the public to issue an apology to all Martial Law victims. “Will I say sorry for the thousands and thousands of kilometers (of roads) that were built (…) Will I say sorry for the highest literacy rate in Asia?,” he even added, flaunting what he knew were his father’s achievements.

Aside from Bongbong Marcos bidding for the vice president post that obviously mirrors Imelda’s political ambition, we also witnessed Imee Marcos’ ascent to authority. Just this year, Imee managed to steal a seat in the senate in a bid to rebuild their image to the people. Imee is suddenly “in support” of the LGBTQ+ community, and claimed that millennials have already “moved on” from the past. She even claimed that some millennials see her father as “the best president.” This easy intrusion by the Marcos family to the government reeks symptoms of historical amnesia and revisionism, which are often countered by trending #NeverForget campaigns.

Aside from following Bongbong’s campaign path in 2016, the film also tackles how the Marcoses’ political dynasty is synonymous with that of American political dynasties. Greenfield describes this film as a revelation of “the fragility of democracy.”

Greenfield also tells Screen Daily, “With the Marcos family, wealth is a little bit different. “It’s not so much about the lifestyle. It is more about politics and power. For me, the ‘Follow the money’ part of the story was about how they were able to keep the money they had amassed during the dictatorship and how they were able to use it to get back into power.”

“The Kingmaker” will be screened theatrically in October in the United States. There’s no assurance of a Philippine screening yet, but in this political climate of human rights violations and a possible repeat of Martial Law, what we need is discourse that reveals the true state of the nation—and that includes anything but another dictator’s reign.

Whether it was for extra credits or plain self-sabotage, MTAP brings back memories