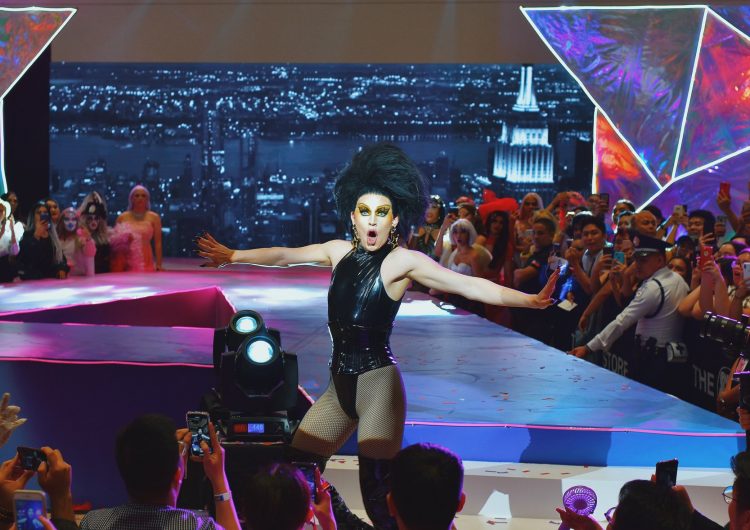 Here at Scout, we’re big fans of “RuPaul’s Drag Race” season 10 winner Aquaria. How can we not when she’s the 23-year-old we all aspire to be?

Aside from her stunning (or stunting?) looks, she defied people’s expectations of what a young artist would be, then went above and beyond and snatched the coveted “Drag Race” crown. How’s that for being underrated?

Fast forward a year later and she’s graced the covers of “Vogue Italia,” “Paper,” and “Gay Times,” plus bagged a global campaign with Moschino and M.A.C. Viva Glam. Now added to that roster of achievements is a national campaign with retail giant The SM Store. If your face is plastered on the walls of a hundred malls on the other side of the Earth, then it’s safe to say that you’re a superstar.

Last Sept. 2, Aquaria dropped by SM Megamall to meet her adoring fans (which obviously also includes us). Our friendly neighborhood queen Manikween had a chat with Aquaria and had her give out awards to fellow “Drag Race” alumni. Read on to find out who Aquaria’s most underrated queen is.

Best in verse on a RuPaul song?

I like… Roxxxy Andrews. The number one. She’s here to make it clear.

(sings) I know you love me baby, that’s why you brought me here! Most underrated queen?

How about best in social media?

So, any favorite season of “Untucked?”

Oh, it was always good when it was, like, nasty. So I would say season three. Their blood was boiling on many an occasion. And Shangela’s the the number one “Untucked” girl for me, I think.

This British-Filipina is documenting Charli XCX’s best tour yet

SHARESince her debut, Charli XCX stays ahead of the game. This remains apparent...