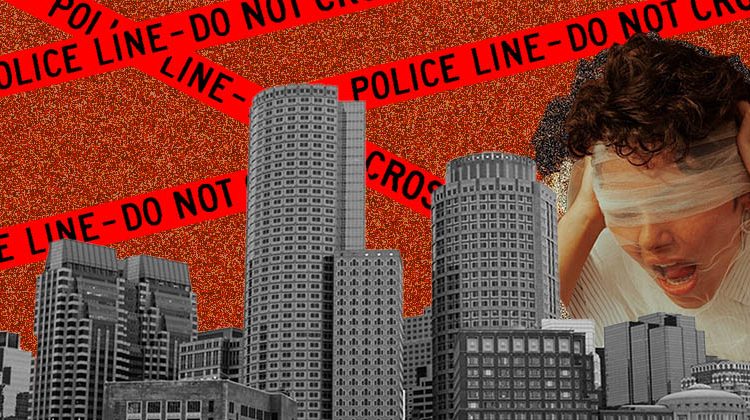 It’s been less than a week since the World Health Organization (WHO) first declared COVID-19 as a pandemic. In a span of six days, a lot of drastic measures have been taken worldwide, with entire cities on lockdown and life as we know it taking an unprecedented pause. Here on our little island, Luzon’s“extended quarantine”—which allows arrest of people simply for being outside their house, all public transport shut down and armed soldiers walking around everywhere—it seems a little like hell on earth right now.

But let’s check in on our neighboring countries, shall we? Are they dealing with the situation the same way our government is? Is there anything we can learn from our ASEAN neighbors? Here’s a rundown.

On number of COVID-19 cases:

A two-week nationwide “movement control” order has been issued. All public gatherings are banned, including religious activities. Schools and all industries are closed except basic needs stores. Malaysians are not allowed to leave the country, and incoming non-residents will be restricted. However, public transport is still in operation.

Schools are suspended until April. Tourists are being quarantined. No lockdown has been enacted, except for concentrated quarantine sites.

Schools are closed nationwide. Karaoke establishments and cinemas have been closed in Phnom Penh and Siem Reap. Incomers from Italy, Spain, Germany, France and the U.S. will not be allowed.

Chinese tourists were barred from entering the country as early as January. Foreign nationals with travel history to China, Hong Kong or Macau were banned from entering in February. Quarantine regulations were set in place, with corresponding penalty fees. (See a paper summarizing Taiwan’s acclaimed response to the pandemic here.)

An “extended quarantine” has been implemented Luzon-wide, where household quarantines will be strictly implemented, food and health provisions will be regulated, and all public transportation will be halted. Only frontline healthcare workers and essential services will be in operation. However, bans on international flights have been lifted.

It’s interesting to note that in Malaysia, the confirmed COVID-19 cases are more than triple ours. Their implementation of a lockdown is different, however, with only a two-week period and citizens still maintain a level of mobility. More importantly, their public transportation still functions normally to service the essential frontliners who have to travel to work. Why didn’t our government have the foresight to consider a similar implementation?

LOOK: With the imposition of enhanced community quarantine to curb the spread of the coronavirus, few commuters wait for a ride along Commonwealth Avenue in Quezon City on Tuesday. ? | Grig C. Montegrande/Philippine Daily Inquirer

Quarantine facilities are established for both locals and tourists. A local test kit was successfully developed, which gives results in 80 minutes—faster than any other available test.

Cambodia has been expanding the capacity of health facilities, including conversion of a closed hotel into a hospital and a building with 100 beds.

A Central Epidemic Command Center was activated early on. Individuals who tested negative for severe influenza in the past are retested for COVID-19. Face mask selling (in price and quantity) was regulated early in February.

Reports of hospitals refusing COVID-19-positive individuals. The Philippine General Hospital, a state-funded institution, has been asking for donations from the public.

The contrast is stark between the Philippine healthcare system and other neighboring countries’. Granted, countries like Taiwan already have pandemic protocols in place and are adopting a health-first approach to the problem. If anything, the COVID-19 outbreak exposes just how much our health sector needs to be nurtured—and more importantly, properly funded—with the people’s tax money. It would be nice if the people’s taxes went to actually protecting them, right?

Only the Royal Malaysian Police will enforce the movement control order. Armed forces will not be involved.

Armed forces are deployed to patrol concentrated quarantine areas and, at the beginning of the outbreak, to spray chemicals to sanitize the streets. They are provided with PPEs to protect from infection.

As of writing, armed forces are not notably involved in COVID-19-related enforcement.

Manpower from the armed forces are being deployed to help in production lines.

Armed forces stationed at checkpoints enforce the lockdown. Lockdown violators—including legally unexempted individuals outside their homes—can be arrested, even without resistance.

Clearly, our government’s strategy is similar to the draconian measures that China—a censorship-heavy country iron-gripped by its government—has taken. Healthcare response takes a backseat over force, where the public is coerced to stay at home and fend for themselves. It seems like an uninformed decision, to put lightly. In implementing the quarantine so suddenly, contractual (no work, no pay workers) workers were not given the assurance of financial assistance. Healthcare frontliners, the most important soldiers of this battle, were left to walk to work with the transportation ban. Compared to other countries’ national governments, ours has revealed a telling characteristic of strategy planning: recklessness.

The Vietnamese government is enacting a VNĐ285 trillion credit package for pandemic-stricken businesses. Taxes and fees payment deadlines for business are also extended.

A special NT$60 billion fund is currently being built to address the pandemic’s economic impacts. An additional NT$40 billion will be reallocated from other budgets to aid in the COVID-19 response.

The government announces a P27 billion package to fight COVID-19. Over half (P17B) goes to the tourism sector while only P3B will be used for test kits and a mere P2B for DOLE’s “social protection program” fund for affected workers.

Although the breakdown is still largely unclear, people are questioning why over half of the budget will go to tourism when contractual workers are losing essential wages every day and hospitals are in dire need of assistance. According to Deputy Minority Leader and Bayan Muna Rep. Carlos Isagani Zarate, the budget would only provide each of the 5.3 million NCR workers a P377.35 each. In comparison, Cambodia promised 60 percent subsidy of affected workers’ salaries for six months and Malaysia will provide a six-month 600-ringgit (roughly P7K) financial assistance to affected workers.

And there you have it, folks. Simply put, we wouldn’t blame you at all if you’re seriously questioning the government’s priorities right now. Thankfully, what never changes is the spirit of the Filipino people. Initiatives from the private sector have been sprouting everywhere (way before the government announced their care package, might we add), and LGUs like Pasig and Marikina have been finding ways to ease the burden that the most affected groups—the poverty-stricken public and the frontliners—have been facing.

The PGH welcomed the reinforcements with assurances of personal protective equipment, food, lodging and standby medical care for all of them. #COVID19PH ? Link in bio for more real-time updates on COVID-19

Using neighboring countries as a point of comparison, it’s becoming even clearer that the average Filipino is not a priority to the decision-makers in our national government. We remember and call this out because the government needs to be held accountable to act in service of the people they vowed to protect and preserve. Remember: Not everyone can just rely on “good vibes” and “Netflix and chilling.”

We hope all our leaders can take a page from our neighbors’ books and put the poverty-stricken masses way higher on their list of priorities.
Art by Zaila Mae Urmeneta

SHAREThe #SuspendOnlineClasses hashtag is filled with outcry from students of various schools. Ateneo...