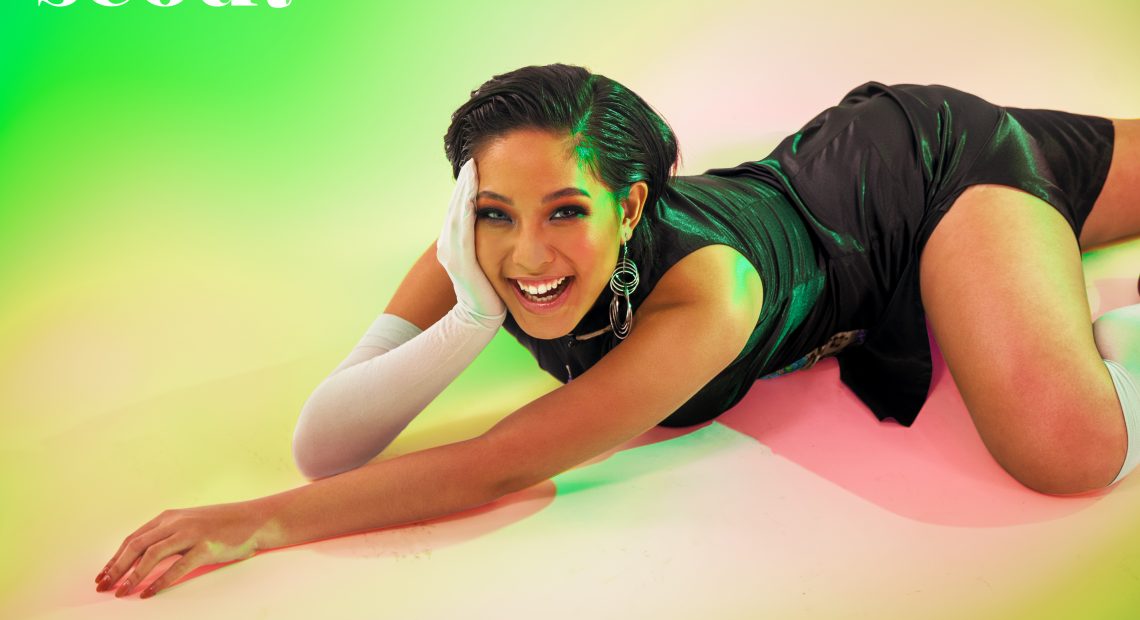 The problem with the name “Rita Daniela,” according to this article, is it’s not cinematic enough, as if it belongs to a “comedienne” or a “government employee.” And for a celebrity like Rita, a name is everything.

It’s common practice in show business for artists to choose a stage name. It should scream star factor, concealing the seemingly lackluster attributes of one’s given name. Or perhaps, their real name doesn’t live up to their artistic proposition. Could you imagine a woman named Stefani Joanne Angelina Germanotta—that’s Lady Gaga in case you didn’t know—pulling that bloody stunt at the 2009 MTV Video Music Awards? 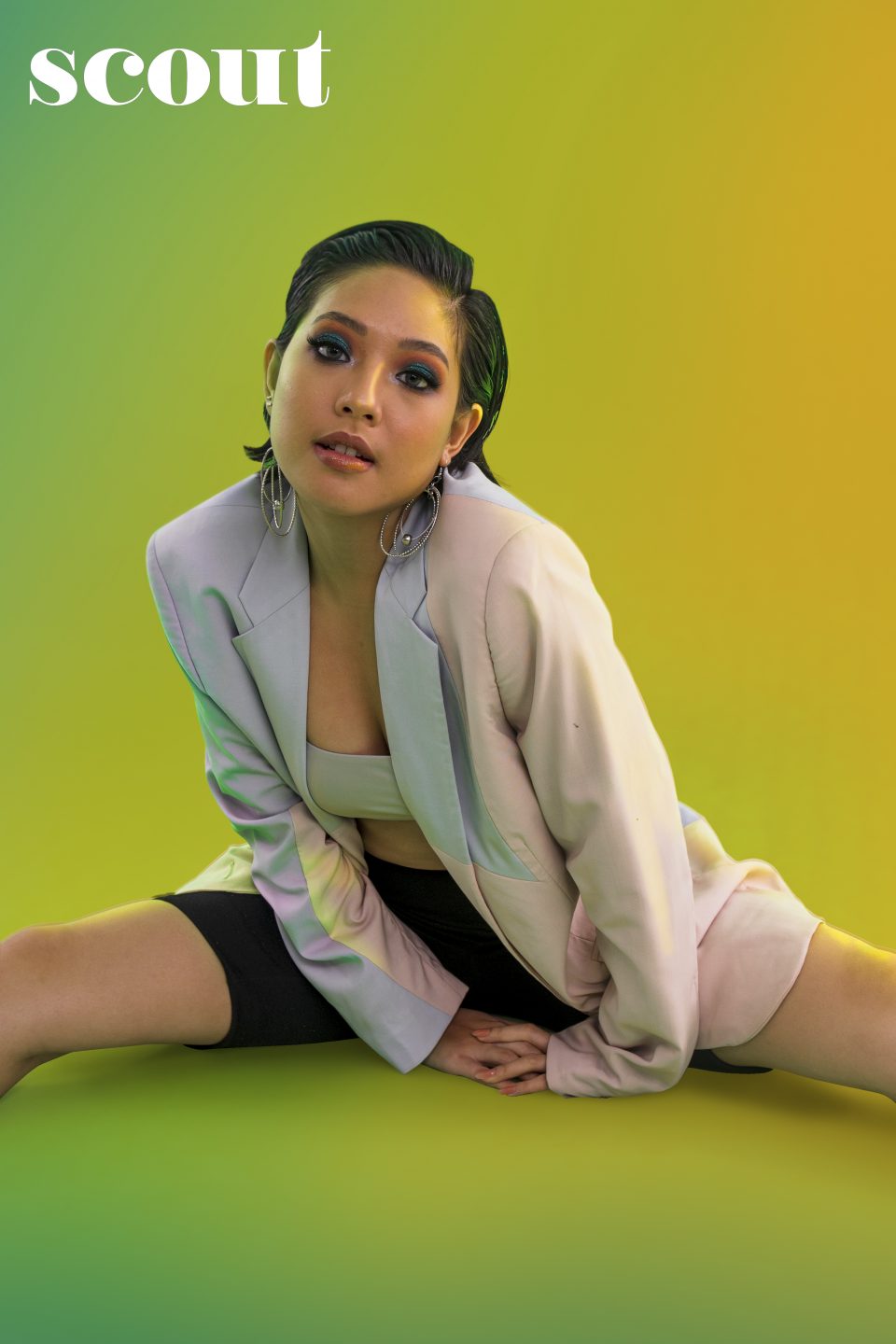 In the case of Rita Daniela, the problem is her screen name was not pulled out of thin air or a tickler of probable screen names. Rita Daniela is her real name. And believe it or not, the singer-actress has been through three name changes in 13 years.

She was first known as Rita Iringan when she won “Popstar Kids.” Then, when she ventured to acting, Rita dropped “Iringan” from her screen name and replaced it with “De Guzman,” her middle name.

After she took a break from show business to focus on theater and her film degree, Rita found the right opportunity to drop her surname, like Prince and Madonna, and relaunched herself as Rita Daniela.

But after exhausting every bit of her name on her birth certificate, Rita made an indelible mark with another name.

On the day of the shoot, we bring Rita to a canteen across our office building. She captures the attention of kids on their bikes. They stop and follow her with a gaze as if confirming her identity. “Si Aubrey ‘yun, ‘di ba?” one of the kids blurts out. “Iba na trabaho ni Aubrey,” she says in jest.

Aubrey is Rita’s character in the 2018 afternoon drama “My Special Tatay.” The teleserye tackles the story of Boyet (Ken Chan), a man with an intellectual disability, who falls into fatherhood after Aubrey seduces and deceives him. Known for her kontrabida roles, Rita’s character was yet again written to make the protagonist’s life miserable.

By the time she gives birth to their baby named Angelo, Aubrey gets to spend some precious screen time with Boyet. She still devises wicked plots such as coaxing Boyet to marry her—Boyet, despite growing up in a poor community, is a son of a rich pilot—and selling their baby. But Aubrey’s character isn’t totally evil like the usual soap villains. Most of the time, she’s sly and brassy. On good days, she’s funny and thoughtful.

TV viewers found scenes between Rita and Ken amusing, especially that “Hindi ka na pokpok” scene. Soon, the onscreen chemistry between the two found a fanbase that would ship them as RitKen or BoBrey.

Aubrey becomes kinder, but she’s still not the typical modest leading lady. She’s still brassy, especially when she grows annoyed of Boyet. At times, she’s still cunning—she faked the information on her resumé to apply for a job. But for Rita, these imperfections make Aubrey even more endearing.

“That’s why Aubrey is phenomenal. It’s not just because of her transformation. She’s phenomenal because she’s a real person. Aubrey exists, and there are so many Aubreys in this world, you know. People loved her because she’s so real,” she says.

In April, Rita released her first original music since the release of her debut album four years ago. The song “Florita,” which came from a poem her friend wrote, deals with loss and acceptance.

“This close friend of mine wrote this poem for his mom, who died one year ago. Siyempre, fresh pa rin ’yun. Ako nga, three years na since nawala ang tatay ko,” she says. “Nagustuhan ko siya kasi napakaganda ng pagkasulat niya ng tula. Since namatayan din ako ng magulang, alam ko ‘yung pakiramadam. Death is always unexpected. That’s it. You’ll never be ready for something. For me, that’s life. You’ll never be ready for something. So, I asked if I can put music to it and also want to dedicate this song to my dad.”

With “Florita,” Rita knows exactly where her music is heading. “Aaaminin kong nahirapan akong hanapin ‘yung music ko when I did my first album with GMA Records,” she says. As Rita Daniela, she wants her music to spring from a more personal space. This is why songwriting also keeps her nights occupied. “Eleven p.m. onwards buhay na buhay talaga ‘yung utak ko.”

“You know, fame is really a dangerous word. What I have right now is not fame.”

Three name changes later, what if Rita Daniela doesn’t work out? Rita would probably go back to being a full-time student. “Showbiz isn’t forever. That’s why, for me, sobrang importante na magkaroon ng diploma at makapagtapos,” she says. She has a few terms at film school waiting for her, but she’s already thinking about taking up another degree. “Maybe interior design or industrial design?” she contemplates.

“I know that this attention I’m getting will fade. There are far more beautiful, far more talented actors and singers than me. You know, fame is really a dangerous word. What I have right now is not fame. For me, it’s success and victory of the things I worked hard for. For me, fame is,” she snaps her fingers, “Sudden. Poof! You’re there up high and unreachable. And then, wala na. I believe in progress. That’s why I worked hard for 13 years. It’s true that you have to strike while the iron is hot, but be very wise while the fire is there. Kasi kung hindi ka mag-iingat, kakainin ng buong-buo ng apoy na ’yun eh.”

“I don’t care about fame. Kasi sobrang tanggap na tanggap ko na mawawala rin ’to. I think success is getting to a place where you know yourself and you know how to portray yourself and you’re at peace. And while I have this attention, ano ’yung dapat kong gawin?” she says. “And now what I choose is, while I have this fire within me, I choose to reach out to people to help them through my music and the roles I take.”

And for now, Rita—while you can call her Aubrey or Jowalyn or whatever name she currently wields—is definitely sticking around as Rita Daniela. “Ito na ’yung final answer. Ito na ’yun,” she says.

SHAREIN PARTNERSHIP WITH THE SM STORE The best thing about summer is that...

No, we have the high ground now