Wake up, folks. No, you’re not dreaming anymore. This is Alden Richards—not the other half of a loveteam nor the boy-next-door alone—but Alden Richards.

Many things have changed since we first met the actor in 2016, and this time around, he has become a household name, ready to take his dreams head on—here, there, and everywhere. For Scout 36, we discover that Alden’s opposite would be “an extremist, doesn’t care what other people think or need from [him], selfish,” and other polarities that dare us to move. 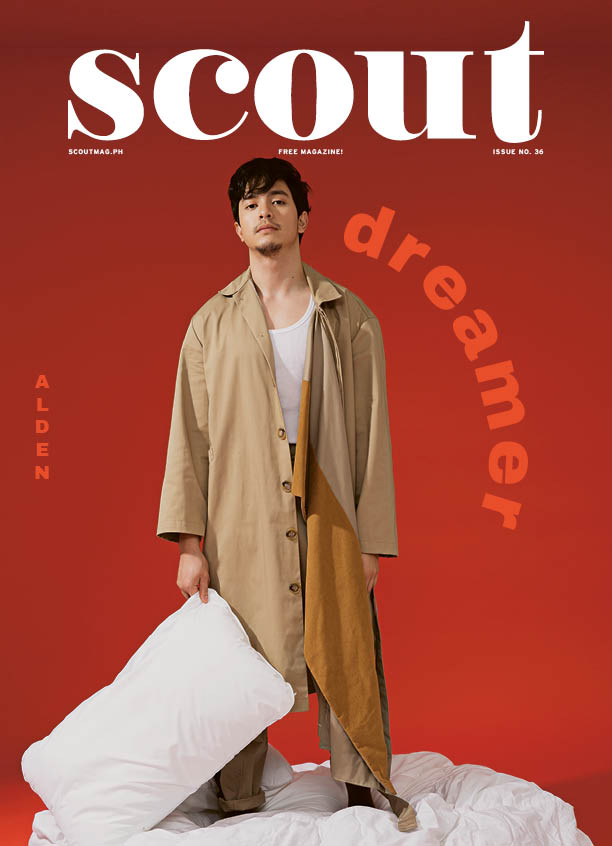 For this issue, we sit down with three pairs of artists (Anton Belardo and Maria Jeona Zoleta for visual art; Dwein Baltazar and Jerrold Tarog for film; and Bobby Rubio and Avid Liongoren for animation) on pushing the boundaries in their respective fields.

We also explore Twitter’s alter culture, young coming-of-age filmmakers in different regions of the country, unlikely food pairings, and The Ravelos—the new 2D concept band from another dimension. Scout 36 also attempts to dissect how our future can be interpreted by three different people; how Malayo Pa Ang Umaga’s monochrome works speak to us; and more.

You can get first dibs on our latest issue tomorrow at SCOUT Creative Talks. For tickets and more information, go here.

Last year’s Power Mac Center Pixelworx: Cinemansanas was a lot of fun. The...

Violet Chachki is performing in Manila for ‘One Delicious Night’ only