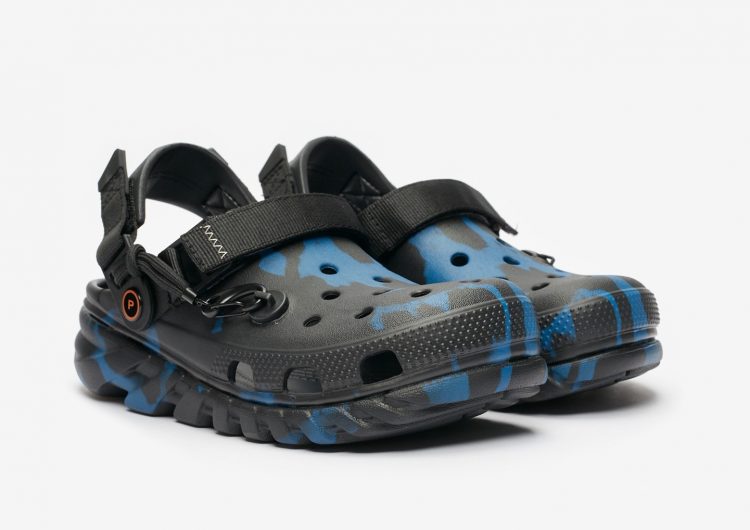 For those new to the Post Malone fandom scene, Crocs and the famed rapper sounds like an out-of-the-blue tandem that you wouldn’t expect strung in one sentence. But turns out, stranger things have happened. The footwear we love to hate and ironically like is set to release their latest collab with the artist, dubbed the “Duet Max Clog.”

Read more: The infamous Yeezy Slide will be released this month 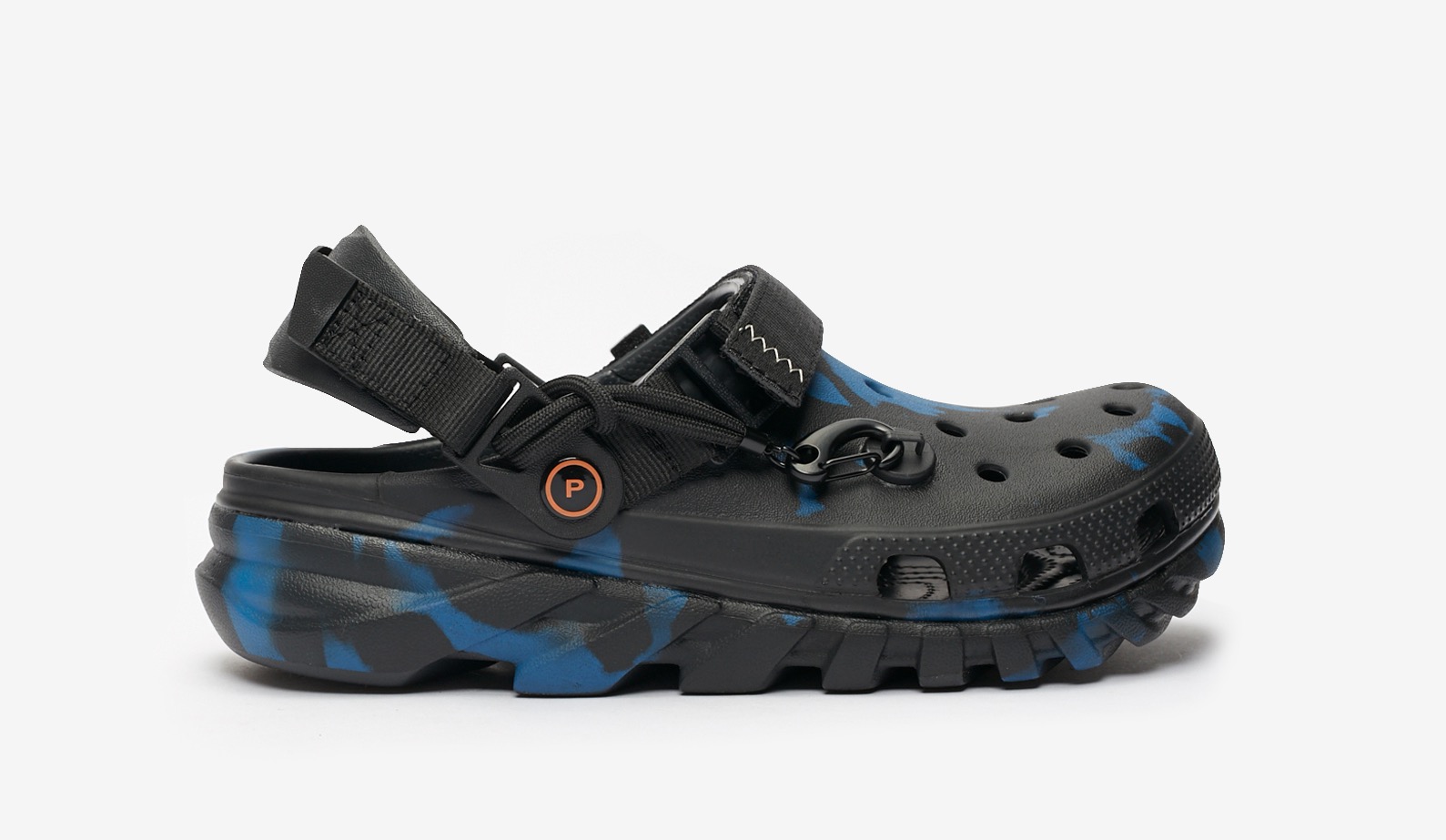 The rapper is known to wear the shoes religiously, and fans are lured in on the craze—his previous collab with the footwear company sold out in ten minutes, retailing for $59.99. Post Malone’s latest creation with Crocs takes a tactical edge with a sturdy midsole and Velcro straps. Proving that the pair doesn’t stop at the footwear’s utilitarian appearance, the Duet Max Clog follows a blue and black camouflage motif, marked with a “P” instead of the usual Crocs logo. Earlier today, Post Malone also gave away the pairs to fans lining up at a fast-food restaurant the rapper used to work in.

Read more: What a concept: Crocs, but with heels

For the case of Crocs, this isn’t their first foray into the land of streetwear and high fashion. The brand’s funky collab with Balenciaga involves a five-inch platform (complete with its own Jibbitz charms), while Vogue Runway unveiled a Montreal-based designer’s hybrid Crocs, fused with a hot pink stripper heel. Who said that Crocs was out of fashion, anyway?

If you feel that Post Malone’s Crocs pair deserves a spot in your shoe closet, set your alarms for its release on Dec. 10 and head over to this site. The Duet Max Clog costs $59.99 (approximately 3,000 pesos), so get them while they’re hot—or before they’re sold out.

Apparently, a phone with less scroll and distraction exists

My mind at this point really needs this

SHAREThe week prior to shooting Unique, his manager, Kean Cipriano, called me a...