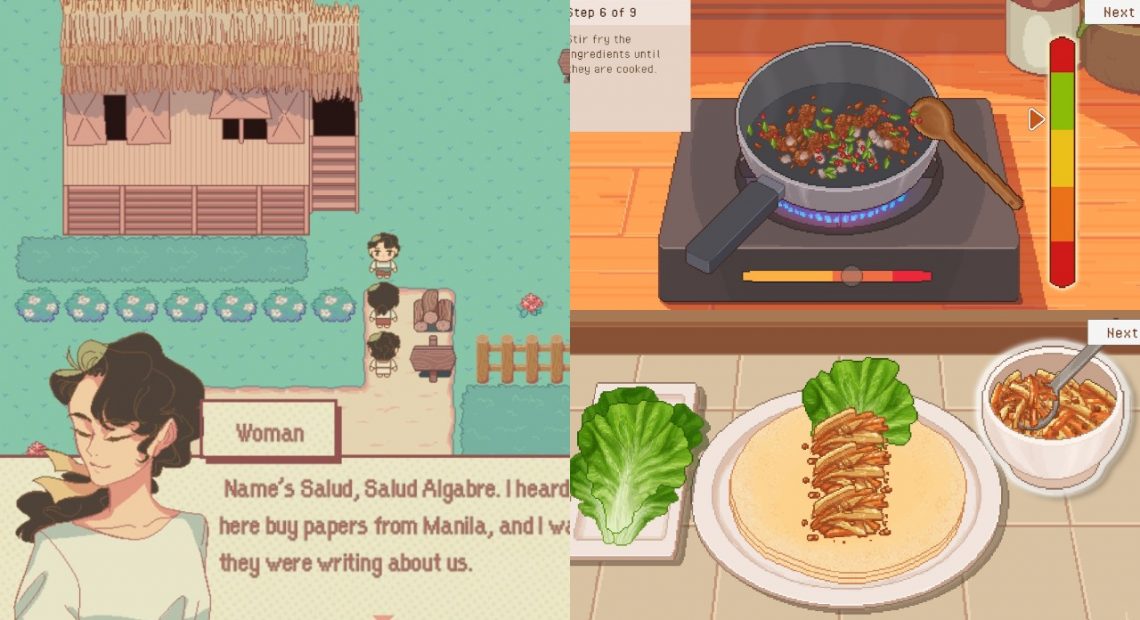 From video to tabletop, Filipino-designed games are entering a whole new league. As they pave the way for the new generation of gaming, they’re looking back at their roots by placing Filipino culture and tradition in the spotlight. With historical RPGs to homemade cooking games, here are some locally-made games that wear their heritage with pride. 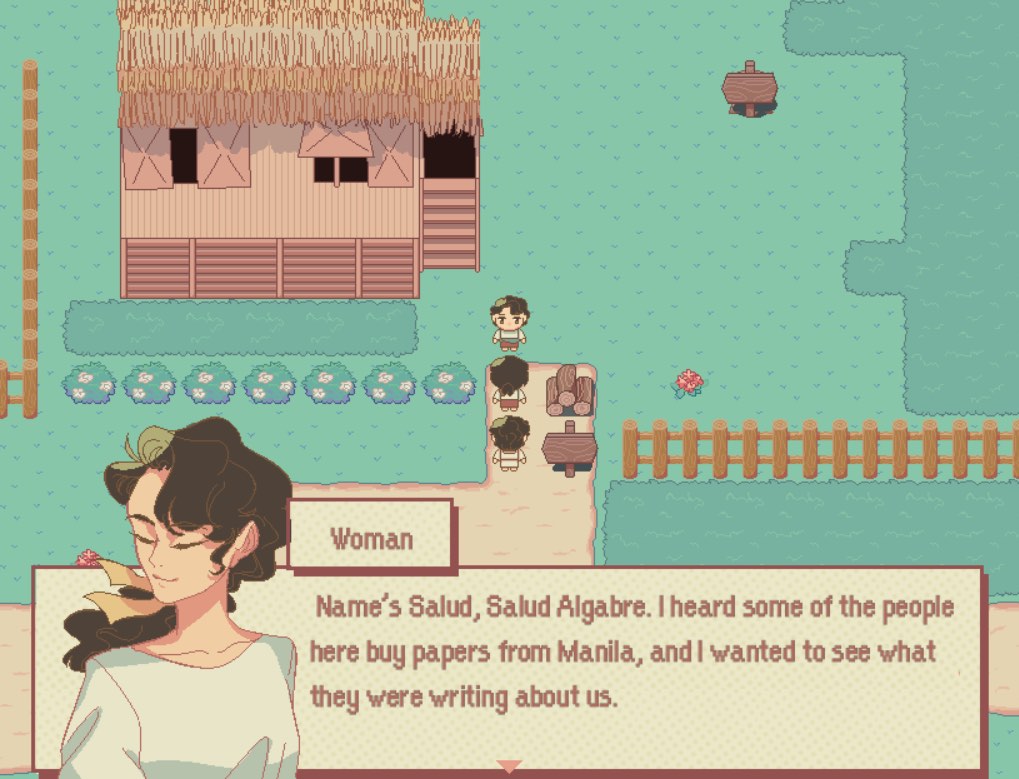 Filipino fans of role-playing games (RPGs), a pretty wide and diverse genre that encompasses a lot of styles, will be thrilled to get their hands on Mamayani. Born as a thesis project by designers Robin Greyson and Meam Genovaña, who wanted to show the rest of the world that women weren’t just passive actors in history, Mamayani is centered on a newspaper delivery girl who makes her way through an unassuming yet impactful adventure involving Filipina historical figures—and the making of crucial choices that affect how the story unfolds.

“We were both interested in history and the thought just passed us that we never really heard much about different women doing different things besides medics, mothers, and supply-gatherers,” said Greyson. “So, as a passionate answer to this thesis problem, Mamayani was born, seeking to help more people discover the less-recognized heroines of Philippine history that are just as important to our country’s heritage as all other heroes in the textbooks.”

The game’s charm lies not only in its clear Japanese RPG (JRPG) influences (which includes the Pokémon series and Earthbound, some fans will be delighted to know) and the lightly sepia-tinged palette lifted from period films, but also its immediate impact on our awareness of female historical figures and history in general—which even male gamers, a majority audience with a less-than-stellar reputation, were warmly receptive to.

Mamayani [seeks] to help more people discover the less-recognized heroines of Philippine history that are just as important to our country’s heritage as all other heroes in the textbooks.

“When we found out the impact it has had on people outside school, that it went quite viral, we knew that it had become bigger than we envisioned it to be for thesis,” Genovaña said. “We felt the pressure at first, but we figured that this was a way we could give back to the community and teach the next generation in our own way, so we thought, why not keep it going?”

“There is still so much potential for improvement, and rather than giving into pressure, we are more excited to see how far we can take Mamayani and how much more it will help the next generation by making it more accessible and engaging,” said Greyson and Genovaña.

The ambitious scope Greyson and Genovaña have laid out for Mamayani is definitely exciting, and if they can pull it off, it would open video games up as an accessible and engaging tool for education.

Cooking has been a part of video games ever since we could remember—there’s just something about the way you have to get everything right, from the ingredients to how the dish is cooked, that translates perfectly to the thrill of a game. Now, local game outfit Meowfia Games wants to add a distinctly Filipino flavor to cooking games with the delicious-sounding Taste of Home. The recipe for success for Taste of Home is simple: You play as aspiring cook Maricela and gather ingredients from all over the Philippines so you can prepare regional dishes.

Taste of Home was initially called Lutong Bahay—a small game we made for Global Game Jam 2019. According to Meowfia Games, “We decided to expand the idea for our thesis because we love food, and we think that cooking, as a genre, is not as explored in the local game industry.”

If you see Cooking Mama in the gameplay of Taste of Home, you’re not far off—the classic Nintendo DS series served as the main inspiration for the game, along with Imagine Happy Cooking, and the same functionalities that made dish preparation such a joy on handhelds heavily influenced the way Taste of Home is played.

The recipe for success for Taste of Home is simple: You play as aspiring cook Maricela and gather ingredients from all over the Philippines so you can prepare regional dishes.

“We wanted to maximize the functionalities of mobile devices like touch controls and the gyroscope feature to create a more immersive simulation of cooking, the same way Cooking Mama and Imagine Happy Cooking utilized the capabilities of the Nintendo DS,” they said. “Design-wise, it was difficult to find the balance between accurately simulating the cooking experience and creating minigames that are challenging and fun to play. We wanted to make the players feel like they’re actually cooking, but at the same time we didn’t want them to feel bored by simply following on-screen instructions.”

Of course, not only is the game mouthwatering, but it pays enough respect to the different flavors and meals that make up the diverse Filipino cookbook.

“We drew inspiration from television programs that put Filipino cuisine front and center—like Netflix’s Street Food—which teaches viewers how to cook Filipino dishes, and present their historical and cultural origins.”

At the moment, Taste of Home is still a thesis project being developed into a full release, but hungry and salivating gamers can expect a demo sometime this year. Should the game be a success, it would help blaze a trail for projects with clear Filipino cultural branding—and with its simple formula, there’s no reason why gamers both casual and hardcore wouldn’t take to it.

Read more:
We might be playing this Filipino cooking game real soon
‘Balete City RPG’ wants to show Philippine Mythology beyond “aswangs”
5 online games from your childhood you didn’t know you could still play

SHARETwo months ago, my fellow Scout writer Giselle talked to a young Lumad...