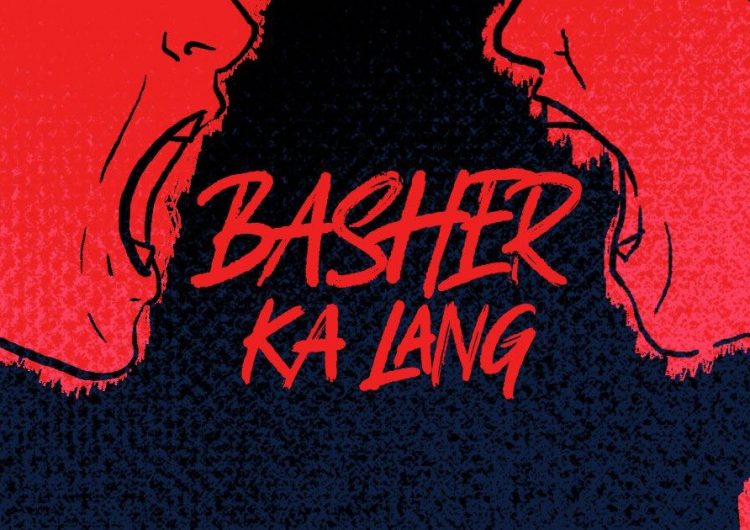 If you clicked on this article, chances are the words here aren’t meant for you.

Let’s be real: you don’t need to hear any of this. You, my fine reader, are open-minded enough to know—no, to have already understood—what I’m about to say here. If you’re here, you’re probably as sick of the word and concept of “bashing” as I am.

If there’s still anyone impressionable left, you might think that you can get through to these people by reasoning with them. Good luck with that.

You don’t need me to tell you that it is perfectly okay to criticize our government for everything they’ve done wrong, especially in our hosting of the 2019 SEA Games, while praising and being proud of our athletes who are doing their best and winning. You already knew it was okay to rock #PinoyPride on social media for our athletes’ wins while demanding a whole lot more from the government that had to take out a loan and allot billions of pesos to pull this event off.

You had the capacity to understand that this was your job as a citizen, maybe as a taxpayer, to pigeonhole these things and hold the people in power accountable, because you’re not some blind follower parroting propaganda. (At least, I hope you’re not. But you’re here, aren’t you? That counts for something.) You know that this criticism isn’t bashing, that dreadful word, because you want things to be better. You know you’re no less Filipino for calling PHISGOC head and chief masturbator Alan Peter Cayetano out—in fact, it’s a very Filipino thing to do.

…Filipinos aren’t built to handle criticism, whether it’s constructive or harsh, so they conflate sincere searches for accountability with aggressive confrontation.

You, like me, are probably really over getting called a basher because you’ve dared criticize the system that’s doing soooo much for our country but has actually failed the very people bringing the Philippines pride in these games. I don’t understand why this happens. I (and a lot of other observant people) figure it’s because Filipinos aren’t built to handle criticism, whether it’s constructive or harsh, so they conflate sincere searches for accountability with aggressive confrontation. To an administration supporter, they’re all just shots fired. Well, sometimes they are, but they come with good points made.

So if you’re here, and you understand these things, then clearly I must really be speaking to the ones who don’t. What happens, though, when they’ve already made up their mind about us? About this?

If there’s still anyone impressionable left, you might think that you can get through to these people by reasoning with them. Good luck with that. Attempting a dialogue is certainly noble, definitely preferred, and probably has a much better chance of success than just talking at them. But you’ll need a full stockpile of patience, willpower, and time to be successful. If you’re a fully-functioning adult, I understand why you might not have all three.

When the DDS ask these critics about what they’ve done to help the country, this demanding of accountability is what they’re doing to help.

With all hope lost on this front, I guess I don’t have much of a choice but to repeat everything I’ve already snarkily said: criticism isn’t bashing, because to call it bashing is to reduce actual concerns with actual stakes to petty bickering, when it’s far more than that. The issues with the SEA Games people are bringing up are as real as the Aetas who were displaced just to make room for New Clark City. When the DDS ask these critics about what they’ve done to help the country, this demanding of accountability is what they’re doing to help.

That’s it. That’s the whole thing. I shout it out to the void and hope it sticks. In a slightly more perfect world, we actually do manage to leave the ridiculous notion of being accused of bashing behind in this decade. (That, and our SEA Games medal haul turning into real, honest-to-goodness government support for all our national athletes.) In a slightly-less-dystopic Philippines, we actually increase our emotional and mental capacity and embrace the god damn freedom to criticize and be criticized.

It really is tough, but the futile bickering, especially against people who are clearly trolls, has to stop if we really want to kill the concept of bashing before 2020.

But going by countless comment threads on social media, I know this isn’t going to happen. We’re going to find ourselves fighting the same flame wars and slinging the same mud for as long as this administration continues to exist and unapologetically stays the way it is, because there’s a whole demographic enabling it to stay that way.

Maybe it’ll all go to hell so everyone can finally see how bad it is.

Don’t worry—as much as it sounds like it, all hope isn’t lost. I would like to think that it isn’t, and there’s still a tiny sliver of positivity we can glimpse from deep in the muck. The best way to keep on keeping on is to speak up: speak truth to power, bring up everything that’s undeniable, and avoid engaging with the trolls, no matter how tempting it is to dunk on them. It really is tough, but the futile bickering, especially against people who are clearly trolls, has to stop if we really want to kill the concept of bashing before 2020.

Who knows, maybe things will get worse, maybe they’ll get better. Maybe it’ll all go to hell so everyone can finally see how bad it is. I just wish the best of luck to all of us as we try to figure out how to carry on and make it out of this term without losing our minds. Proper criticism might be the only way we stay tethered to reality—to remember that the emperor’s naked, and you can’t tell us otherwise.

Read more: The arrest of Panday Sining’s art activists should scare us

If you don’t know yet, indie pop rock band One Click Straight has...