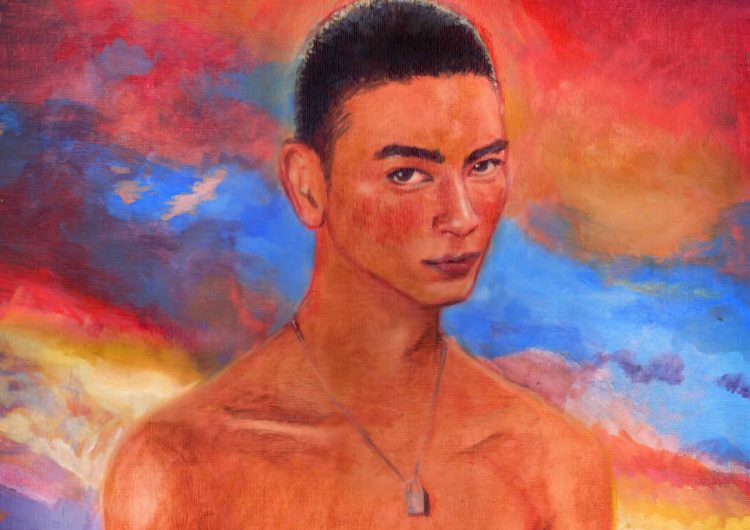 It’s official: Valentine’s Day this 2020 is for the lovers, the unbothered, and most importantly, Jason Dhakal fans.

Last Feb. 10, the musician announced a much-awaited record drop in a post, revealing a release date along with the project’s name: “Lovesound”. Although Dhakal doesn’t label “Lovesound” as an album and calls it an “anthology,” you can rest easy because we’re still getting plenty of tracks. It’s a full-length project a year in the making, and it’ll be his first long play release since “Night In” back in 2018 (which we also chatted about).

Putting all the clues together—a Valentine’s Day release, the cover art (made by artist Jethro Ian) being a painting of Jason with a dreamy sunset as a backdrop, and the literal anthology being named “Lovesound”—we’re already prepping to feel everything there is to feel about good ol’ amore.

Don’t buy our prediction? Well, we’ll let Jason tell you all about it instead. Read on to find out his inspirations, plus some exciting collaboration reveals. Oh, and go stream “Heaven” while you’re at it.

So, “Lovesound.” Is it for the lovers or the ones without?
It’s for both, in “Lovesound” there are songs about romantic love but also the love I’ve gotten from the people surrounding me and love I’ve found in myself, so it’s basically love in its entirety.

Why call it an anthology?
I don’t really want to call it an album since that’s for later when I can ask certain people to join in and get collaborations with producers I love. For now I’m calling it an anthology since it’s just a collective experience of my perception of love, plus they’re made with producers I’ve been a fan of for a while now, so getting to do songs with them feels surreal.

What are your biggest inspirations while making this project?
Probably my surroundings & the music I listen to, each track is basically a representation of a person, a place or a time that meant something for me to write about.

Any collaborations you can reveal to us?
One that’s exciting for me is the one with crwn, it’s a fun ass song and I’m just happy to have a song with him. Plus I have another track with an artist/producer from Ilo-Ilo, which is where I’m also from, named Cavill. I’m really excited for that as well.

Could you maybe make a mini playlist to warm us up for the record?
Just stream “Heaven” on loop as a playlist, you’ll be ayt till Valentine’s. <3

SHARESingaporean indie rock band Sobs has got us all under spell with hit...