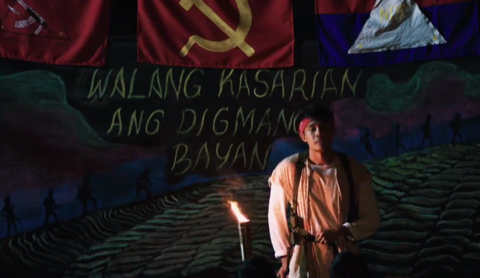 Remember the article we wrote a few hours ago hyping the Sinag Maynila 2020 finalists? Yeah, well that was short-lived. The very film from which we featured a trailer, “Walang Kasarian Ang Digmang Bayan” was just removed from the line up of finalists.

Sinag Maynila announced the removal through a post in their official Facebook page stating, “The Executive Committee, after further review, found that there is substantial deviation from the submitted and approved script and that the film is no longer a faithful representation of the approved screenplay.”

When the Full Length feature was announced in November, the announcement listed the film as “Mga Alaala ng Isang Rebolusyon” by Joselito Altarejos. The trailer released a few days ago for the entry was entitled, “Walang Kasarian Ang Digmaan.” Whether major changes aside from the title were made, both parties have yet to disclose what other “substantial deviations” took part to have the film removed from the list of finalists a month before screening.

Whether the disqualification was due to the “anti-government” sentiments of the film and the highly controversial dialogue in the trailer about a main character expressing the desire to assassinate the president, is something people online have also speculated. This crops up a lot especially considering the staunch support of Brilliante Medoza, famed director and one of the founders of Sinag Maynila, for President Duterte.

Disqualified or no, we maintain our stand in supporting “Walang Kasarian Ang Digmang Bayan” when it finally comes out. All of us must fight the system in our own ways because truly, the revolution knows no gender (and profession).

Who has the most comprehensive and promising vision for students, teachers, and the...