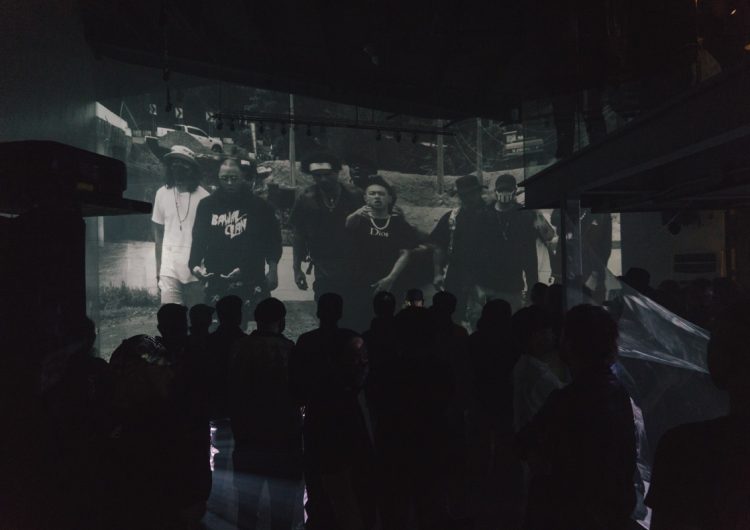 Since Bawal Clan’s inception, everyone’s trying to get a hold of the rap group for the next hot collab—and apparently, extraterrestrial beings are joining in on the party.

Directed by Creative Talks alum and famed photographer Mark Nicdao, “WUTS RLY GD/PALUMPALO” is a dual treat for the senses that may as well be the video embodiment of the mindblown emoji. A visual experience down to its final seconds, the music video opens with a ground blanketed in ash, panning straight to the monochromatic sprawling landscape of Zambales.

[It’s] the feeling of being [either] on a dream or a nightmare—like nothing that makes sense can make sense. I want that feeling of disorientation. The hyper neon of ‘PALUMPALO’ and the 1940s Germanic style, black-and-white and strict geometric shapes.

While the guys of Bawal Clan drop their bars like they’re walking right into the audience, there’s more than meets the eye on this trippy encounter. When we asked about the music video’s original concept, Mark cites one thing: aliens. Specifically, musically-inclined aliens. “I ended up thinking of an alien from another planet—who is also a musician—looking for a music collaboration,” he explains. “[This alien] actually invented a device that searches for music—to do a collaboration.” 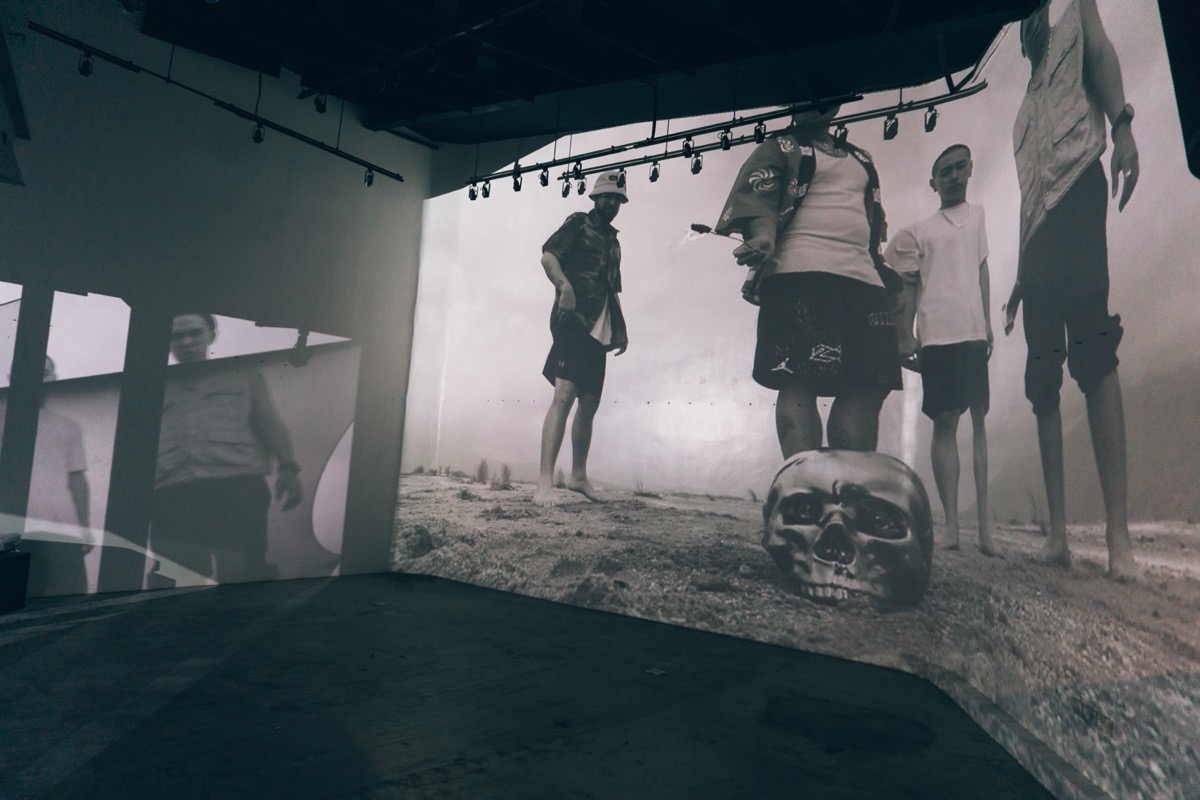 The alien’s creative quest proved to be a success, since they’ve come into contact for an intergalactic meet-up in a popular hub of extraterrestrial life, Mt. Pinatubo (It’s true, we’ve fact-checked).

The music video features two tracks off of the album “Nightmare on 66.” Along the dual-track dichotomy comes a contrast in the MV’s visuals as well—but instead of clashing, Mark and the crew fuse them together in a complementary coalition. “We picked the two tracks because of the variety of beats and how it complemented each other in a different way,” Mark tells us. “[It’s] the feeling of being [either] on a dream or a nightmare—like nothing that makes sense can make sense. I want that feeling of disorientation. The hyper neon of ‘PALUMPALO’ and the 1940s Germanic style, black-and-white and strict geometric shapes.” 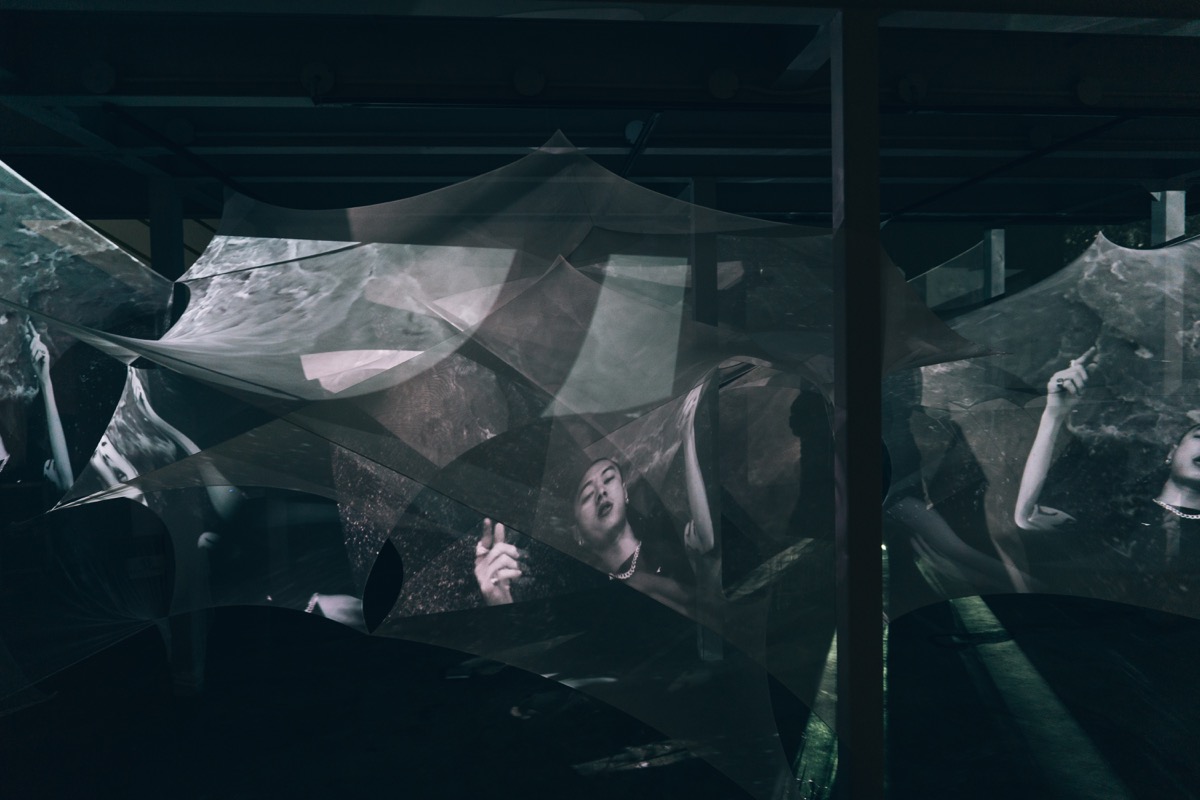 As for why they’ve picked the tracks, producer Mic Rahman responds, “We ended up choosing ‘WUTS RLY GUD’ because the beat has an eerie, mysterious, alien vibe to it, while ‘PALUMPALO’ provided the perfect contrast that matches the storytelling that Mark wanted to achieve.” 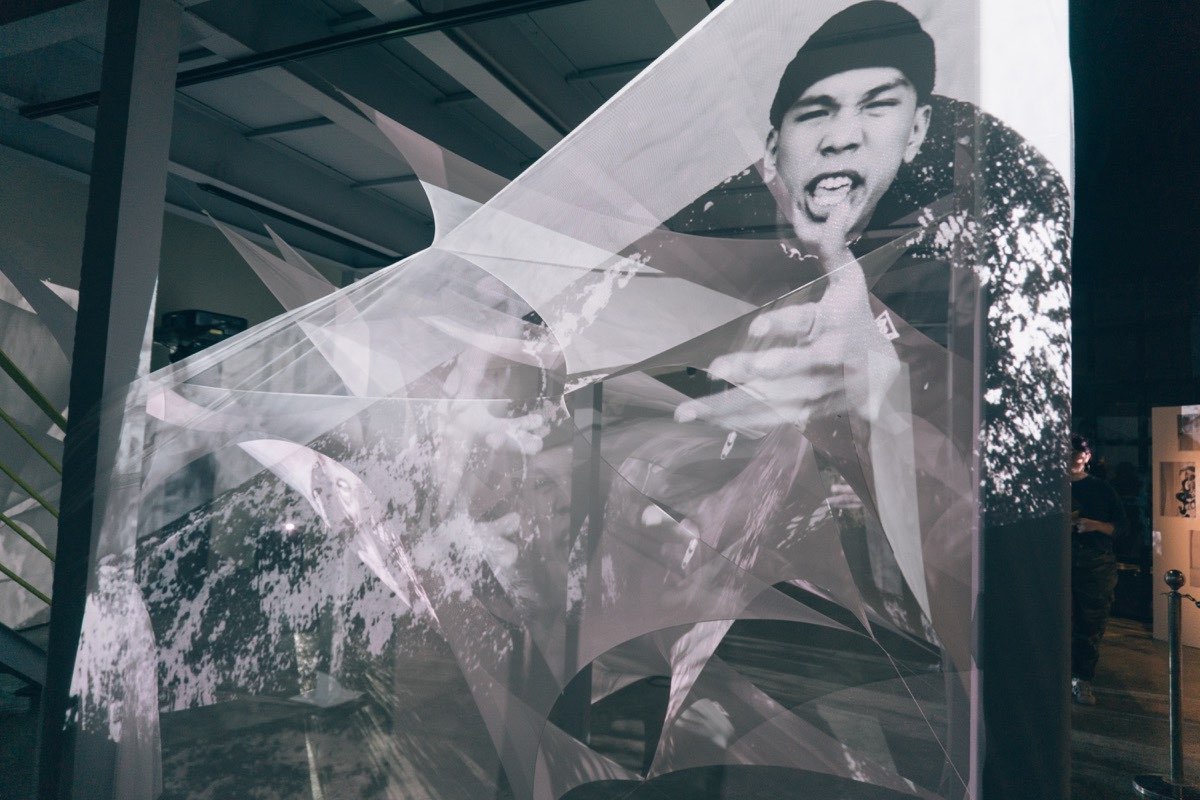 Rjay Ty as seen in a clip from the music video

With the rough terrain and unpredictable nature thrown into the mix, capturing their vision wasn’t a quick execution—although they’re satisfied with its results. “Our location was supposed to be a dry desert, but we got there and it was a raging river because of the typhoon that hit earlier in the week,” Mic tells us. “At first, we thought about canceling the shoot, but we were like ‘fuck it’ and shot anyway. It was an adventure, and the rain and flood turned out to be an asset for us.”

We ended up choosing ‘WUTS RLY GUD’ because the beat has an eerie, mysterious, alien vibe to it, while ‘PALUMPALO’ provided the perfect contrast that matches the storytelling that Mark wanted to achieve.

The music video premiered last Feb. 2 at the Modeka Creative Space, where full installations were displayed on the walls, exhibiting the whole audio and visual experience of Bawal Clan’s short film. Viewed through the lens of a surreal 3D visual effect in the midst of fog machines, the experience was as otherworldly as it can get on land. When asked about what viewers can take away from this music video, Yung Bawal sums it up nicely: “Art.”

Watch the Bawal Clan and Mark Nicdao collab below:

SHAREY’all remember The Dress? That photo parted the internet into the white-gold and...

SHAREby Lex Celera I’ll admit it: the first time I got wind of...

Tell your homies: Kartell’em has a new drop this month

Kartell’em gave us tons of collabs, mixtapes and singles in 2020, so get...