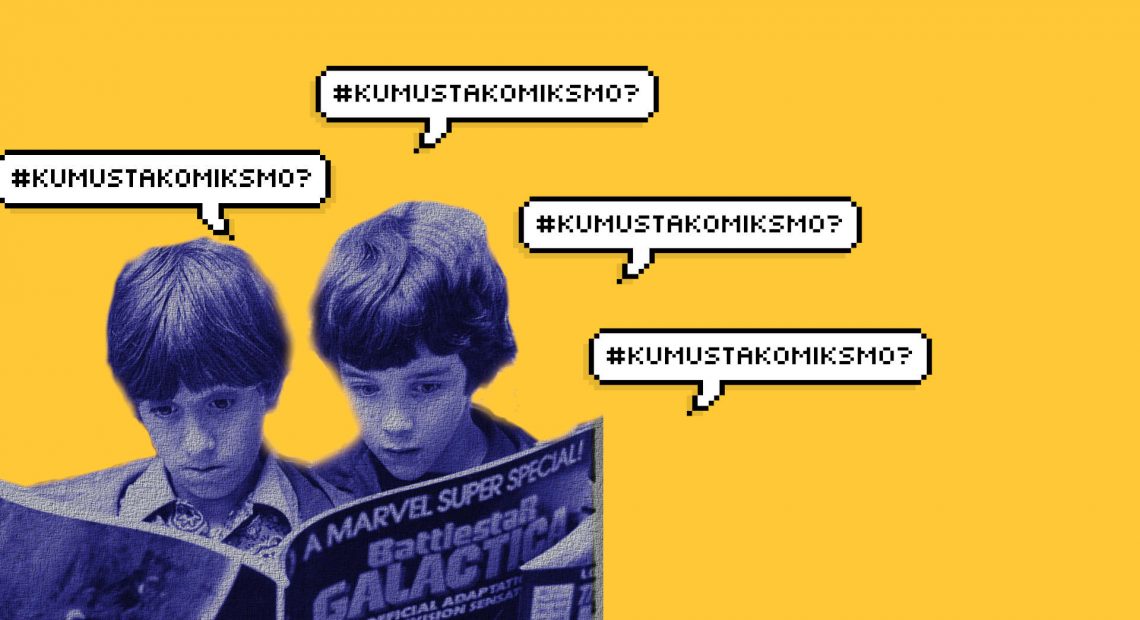 Creatives are no strangers to drafts. Writers dread the blink of a typing cursor, musicians fear coming up with a sticky hook and illustrators contemplate if a doodle will remain a doodle. For us, it’s hard to have works-in-progress, to look at backlogs that only seem to pile up.

And komikeros are no stranger to this feeling. What more when someone asks them: Kumusta ang komiks mo?

“It’s a common question a lot of komikeros hear, and I personally dread it. Part of the hardship of making komiks is making time to make komiks,” says 30-year-old illustrator Rob Cham. The question is a reminder of what remains unfinished. Let’s face it, a stagnant draft is not just a rough draft—it’s a sign of our failure to invest in ourselves. Or at least that’s the stigma surrounding it.

Not every creative can invest all their effort, time and money on themselves. Having a creative career as a fulltime job is a luxury for a lot of us. “The way things are, a lot of us can’t make a living just off komiks—which is something a lot of local komikeros, fans, and members of the komiks community is trying to change,” he explains. “So when people ask how my komiks are, it’s met with hesitation.”

“Part of the hardship of making komiks is making time to make komiks.”

This connotation behind WIPs gave birth to #KumustaKomiksMo. With this trending hashtag, Rob hopes to remove this defeatist attitude towards rough drafts. Artists and komikeros alike are encouraged to share what they’re working on. Whether its character designs, unfinished panels or any idea they’re still fleshing out.

Started a hashtag #KumustaKomiksMo/#KamustaKomiksMo to help komikeros share their works in progress and the komiks they've made, lot of good stuff and exciting komiks so in case you missed it, go check it out, I swear it's worth your while pic.twitter.com/0Q3iw1SDiF

We talked to Rob about this hashtag’s origin, what he wishes artists would gain from it and iconic American cartoonist Scott McCloud giving this small movement a shout-out.

“Any progress is worth hearing about.”

What are your hopes for the hashtag in the long run?
I asked some friends to join in, but I started posting my own komiks as examples of what I wanted to see, and people caught on. I don’t want to be strict with it. I just hope people can share what their komiks are. I saw some people tweet [about] how they gave up on komiks or how their komiks remain doodles on a notebook—and that’s what I  hope to see. I want others to see how komikeros (writers, artists, inkers, colorists, cover artists, editors) are busy making stories, and how vibrant and diverse the komiks scene of today can be.

Now, I don’t exactly make comics. May I ask why asking other artists’ work-in-progress can come off as offensive?

It’s rough when people want to know if you have something new in the works or what you’re working on, but all you have as an answer is that they’re still not finished. I think a positive way to spin it is to share the progress instead of just saying that you can’t share anything substantial. Any progress is worth hearing about.

I was in a slump myself [for the] last three years. I would dread that question when I told people how the third book of my “Light/Lost” series is in the works, but I hadn’t made any progress at all—it was hard to talk about. I wanted to change how I felt about the question.

We heard Scott McCloud signal boosted the hashtag. What was your reaction when you saw it?
I read his books when I was starting out, so I owe a lot to him. I didn’t think about it when I started the hashtag. Having it reach that big an audience outside the Philippines, it feels nice to know there is a possibility someone saw the komiks posted and saw how our komiks here in the Philippines are. Broadening horizons and shores after all. [laughs] I am framing that tweet. Or at least, printing it for a scrapbook.

For you, what’s the future of  #KumustaKomiksMo?
I did joke how it would be a neat thing if it grew outside of Komiks, say #MustaKantaMo #KumustaSulatMo or #KamustaPelikulaMo, and other PH artist groups just shared what they were working on through these sister tags. Other than that, I can see it as a way for fans and readers to share their komiks collections or komiks they like online.

SHAREIs your body ready to rave? End this crazy 2016 with this year’s...