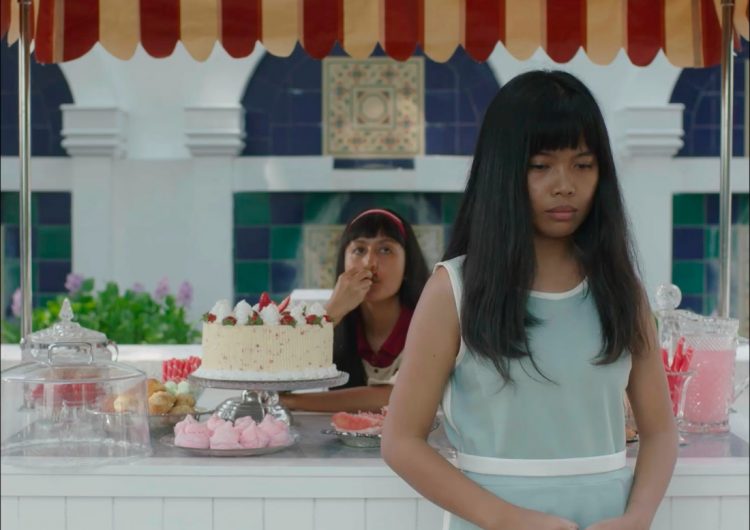 “We’re asking for your support, because we’re just passionate film students making an art film. And quite frankly, art films don’t make any money. Yet here we are, making an art film. ‘Cause we’re hard-headed, and this story is yet to be told,” said Rafael Manuel, the writer-director of “Filipiñana,” in the campaign video of his short film.

The Silver Bear Jury Prize (Short Film) of the 70th #Berlinale goes to "Filipiñana" by Rafael Manuel. . The self-contained cosmos of a golf course reflects social structures. New “tee-girl” Isabel still has to learn the rules. But she is already looking for loopholes to subvert the system.

After finishing shooting in May 2019, the team behind “Filipiñana” continuously asked for support in finishing their short through Kickstarter. A chance to see this masterpiece through a private link was even promised if you’d contribute to its completion. Now, this Filipino film just made it big at the Berlin International Film Festival, bagging the festival’s Silver Bear Jury Prize on Mar. 1.

“Filipiñana” tells the story of a tee-girl named Isabel. A tee-girl’s job is to spend their day “sitting on a stool barely a foot above the dirt ground teeing up golf balls for golfers to hit as they practice swinging their steel clubs barely inches away from the tee-girls’ faces,” according to the film’s campaign page. Just by reading about Isabel’s mysterious character we’re offered a peek into the film’s heavy talk point: societal structures.

And that’s exactly what the film delves into. “Filipiñana” uses the golf course setting as a kind of microcosm of the Philippines. It’s an ironic take on how only a select few get to enjoy and profit from fertile land that’s toiled by the working class.

Diving deeper into this narrative will let us explore the nitty gritty of exploitation and marginalization in the Philippine social strata. Aside from that, the film is said to primarily focus on “the power distance exercised by women on women within this social milieu.”

“Filipiñana’s” first teaser lets us step into this discourse. In a perfectly framed scene of golf players hitting their respective goals in sync, we see the tee-girls doing their jobs on the ground—seemingly robotic, like helpless, emotionless jellies.

Check out the latest teaser of “Filipiñana” here:

SHAREThe pottery wheel is turning real fast these days because obviously, we all...