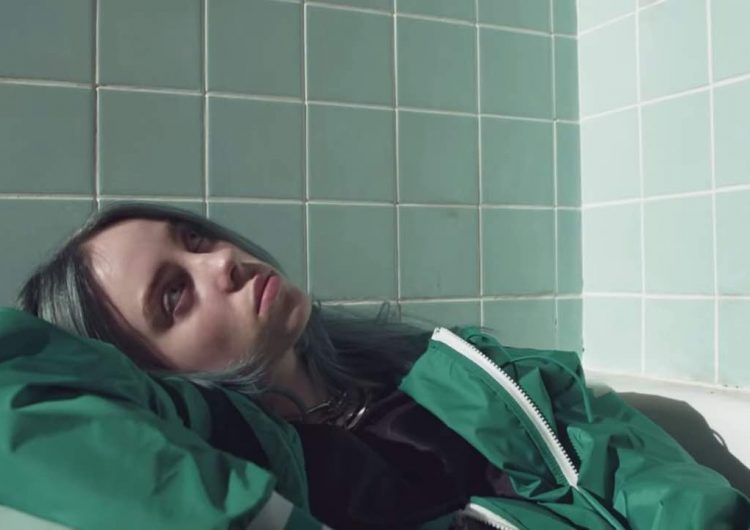 Billie Eilish has been very clear about the motivations behind her fashion choices since the start—she does not want to be sexualized. As she points out, people seem to forget she’s been a minor for virtually her entire career. Unfortunately, being a successful global star can be vicious and downright creepy at times.

But this doesn’t mean that Billie will never change up her style just to avoid body shamers. In her Elle cover interview last September, she mentioned that she wants to have the option of being more open about her body when she comes of age. “I’m gonna be a woman. I wanna show my body. What if I wanna make a video where I wanna look desirable?” she says.

I mean, it is her body and her life, right? So she has the absolute right to do whatever the hell she wants with it. Case in point: her new interlude video for her Where Do We Go? Tour.

A segment of the show features new visuals from the singer, showing her slowly removing a large black jacket, revealing a tank top. The singer’s voiceover plays, where she recites a poem criticizing the (in our opinion, totally unjust) judgement she receives.

Towards the end of the video, she removes the tank top as well, showing much more skin than her usual elbow-length shirt sleeves and basketball shorts allow. “Is my value based on your perception, or is your opinion of me not my responsibility?” the singer concludes in the voiceover.

Eilish’s spiel questions the self-value that the judgemental public assign unto her and the imposed double standards on women. She also declares how she can’t live by these expectations set on her: “So while I feel your stares, your disapproval, your sigh of relief, if I lived by them, I’d never be able to move,” she says.

The poem then focuses on the public expectations of her body. “Do my shoulders provoke you? Does my chest? Am I my stomach? My hips? The body I was born with—is it not what you wanted?” she asks.

The show happened last Mar. 9 in Miami, Florida where she kicked off her world tour. Being the first time she’s ever showed these parts of herself before, this might be signaling a new era beyond her debut record. Remember: She did mention that her sophomore album will be more experimental this time around.

Whatever the case may be, we stand behind Eilish’s message of taking control of your body and your life. As one icon by the name of Samirah Raheem once said, a woman’s body is not a political playground. It’s about time to look up female objectification and feminism, haters.

SHARE“Are the police your friends or enemies?” The trailer of On the President’s Orders...