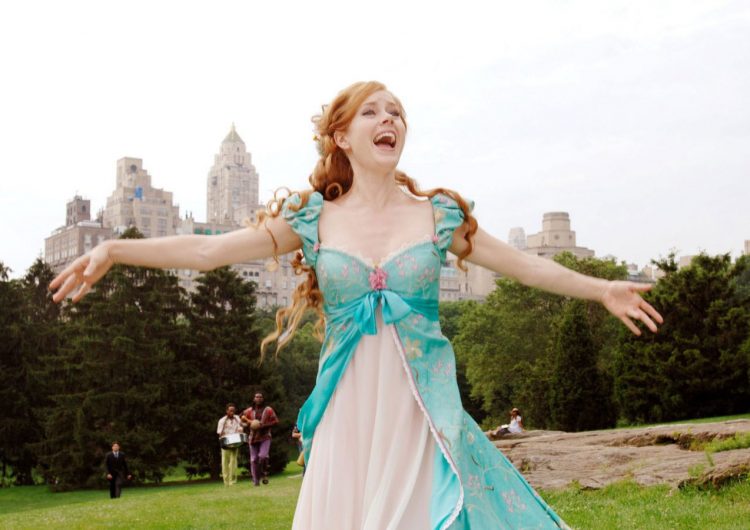 Back in 2007, our childhoods were shaped by a little movie called “Enchanted,” an animation-slash-live action with McDreamy and meta-jokes about musicals. And while actors like Amy Adams have since moved on from Andalasia, it seems that they’ll be making a trip back with a sequel in the works.

The buzz returned when director Adam Shankman posted a shot of screenplays for “Hocus Pocus” and the “Enchanted” sequel, “Disenchanted.”

Yep…. Thanks with all of my heart dear @disney Looks like Il be working on a looooooottttt of magic for awhile… I feel incredibly honored and humbled to be guiding forward these two Disney crown jewel legacies. My only hope is to honor those who came before me and build something new and exciting, as I desperately try to not let down the fans and enchant the new initiates! Fingers crossed! Xo

Read more: ‘Percy Jackson’ might get a Disney reboot

Previous reports have also disclosed the sequel’s official synopsis: “Ten years after her happily ever after, Giselle questions her happiness, inadvertently turning the lives of those in the real world and Andalasia upside down in the process.” It leads us to think—are Giselle and Robert on the rocks? Have Prince Edward and Nancy settled down or has Nancy heeded her true calling—frolicking in the Andalasia forests singing a solo à la “Let it Go”?

Whatever happens, we hope Disney outdoes itself, because we have a proposal: Release “Disenchanted” next year, plan the awards campaign and then Amy Adams gets her long-deserved Oscar. Sounds great, yeah?

SHAREI for once never understood hours of waiting in a line to cop...