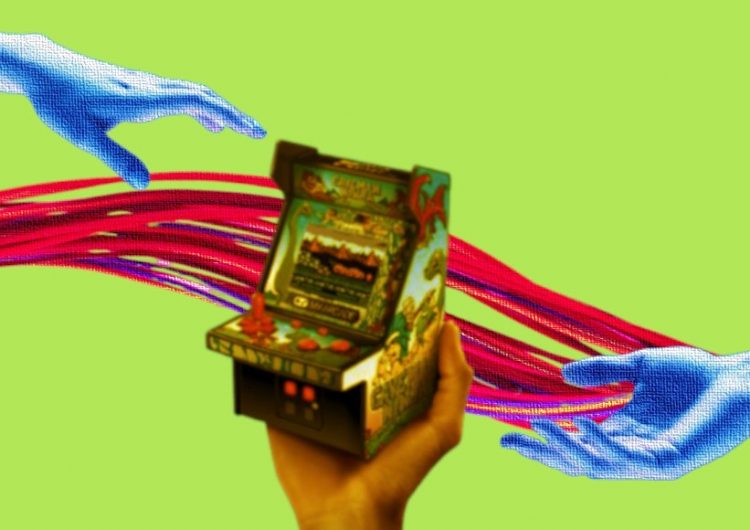 In just a snap of a finger, group chats stopped being ghost towns, Instagram stories got on a bingo card streak, and Twitter games started getting posted like crazy. Setting aside all judgment of being cheesy or emo, we can’t deny that we fucking miss our friends. What stage of cabin fever is this?

If Zoom meetings and film reco-giving aren’t enough to fill the void, we have a new offering: Multiplayer games. And don’t worry, you don’t need to be in the same space to be able to play these ones together. You just need to be prepared to get your friendship ruined because of the competition, among other things. Slightly kidding (I guess). 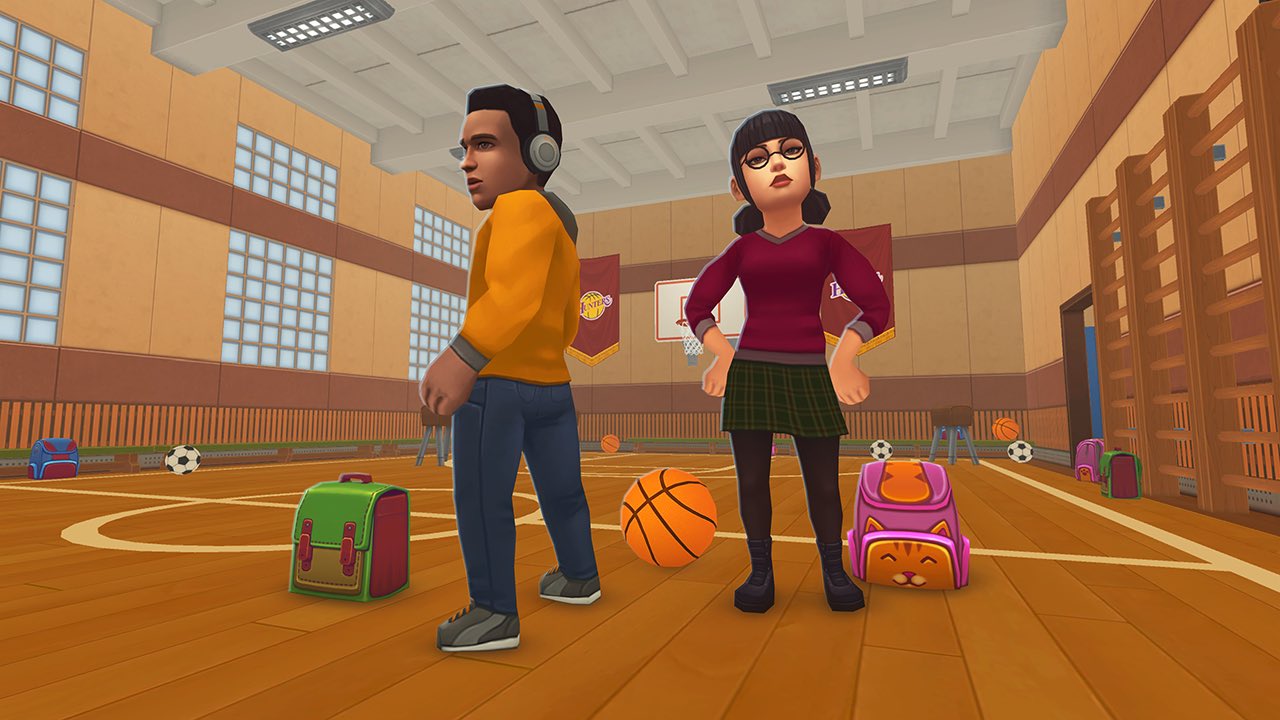 Photo from Android Top
If you thought you couldn’t get mad at inanimate objects, think again. Originally a classic game from god-tier site Y8, Hide Online is a hide-and-seek quest between hunters and props. If you’re part of the props, your job is to not get caught by the hunters.

If you’re a hunter, you have to shoot the props you deem to be “alive.” Props can hide all they want or act as “natural” as they could. But there’s a short portion of the game where “living” props get revealed through music of an annoying emoji. If the going gets tough, prepare for the chase and zap hunters into pigs or chickens. (Yup, chairs can do that.)

How to set it up: Create a custom game, get your friends’ usernames, and include them in the server. Best played with video calls—for, you know, the screams. 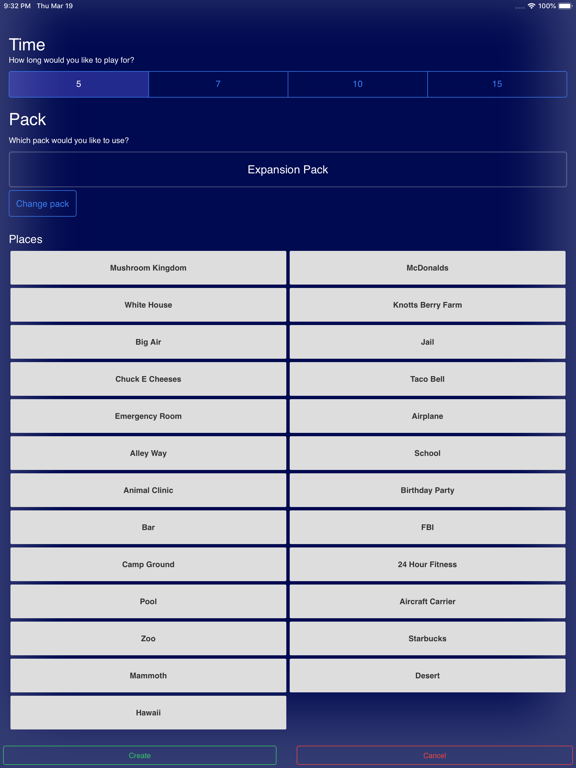 Remember those classroom games where you team up to identify who the suspect is? Well, Guess The Spy hits closely to that, but with a bit more pizazz. Prepare your video calls for this, because you’ll be asking lots of questions with your gang.

The main goal is to identify who the spy is, by determining who answers the questions differently—as all non-spies are assigned in one location but with different roles. If you’re the spy, your goal is to find out what the location of your opponents is. So if you’re a non-spy, you just have to be good at asking, really. It will be pretty obvious if the place is a theater and someone says people go there for food.

How to set it up: Create a custom game, copy the code, and share it to the rest. Remember to act naturally once the screen shows you’re the spy. It’ll be weird to get caught via webcam, won’t it? 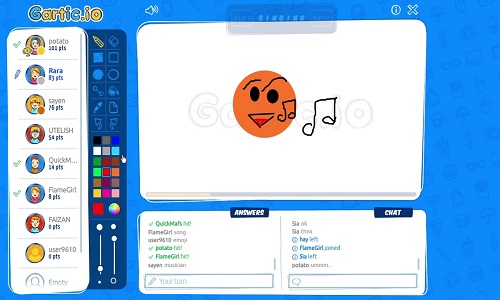 Ah, nothing like a classic draw and guess game. The rules are simple: Guess what your co-player is drawing. You have unlimited chances of answering until you get it right—but you score more points if you’re correct at your first attempt.

During your turn, remember that writing letters, numbers or symbols aren’t allowed in the house. You’re free to offer a first letter-hint anyway. Drawings will follow one theme—they can be about the usual theme of verbs, jobs, food and objects. But there’s a lore for DOTA, Minecraft, and Marvel aficionados too. Don’t worry, even artists can have a hard time in this game. Yes, I’m speaking from my friends’ experiences.

How to set it up: Create a room and get your friends’ passwords. And oh, prepare to type lengthy “hahas” in the chatbox ‘cause you have no other choice.

Call UNO the ultimate friendship-ender all you want, but the real betrayal lies in Werewolf Online. Inspired by the board game, Werewolf is a 16-player game where villagers and werewolves are in a quest to outlive each other.

Through special abilities as Seer, Gunner, Priest, Medium and more, villagers will be able to determine who the wolves are and eventually vote them off. The catch, however, is that wolves bite back at night.

How to set it up: Create a custom game and enter your friends’ usernames to send them invites. If your friendship survives Werewolf Online, you’ll survive anything. 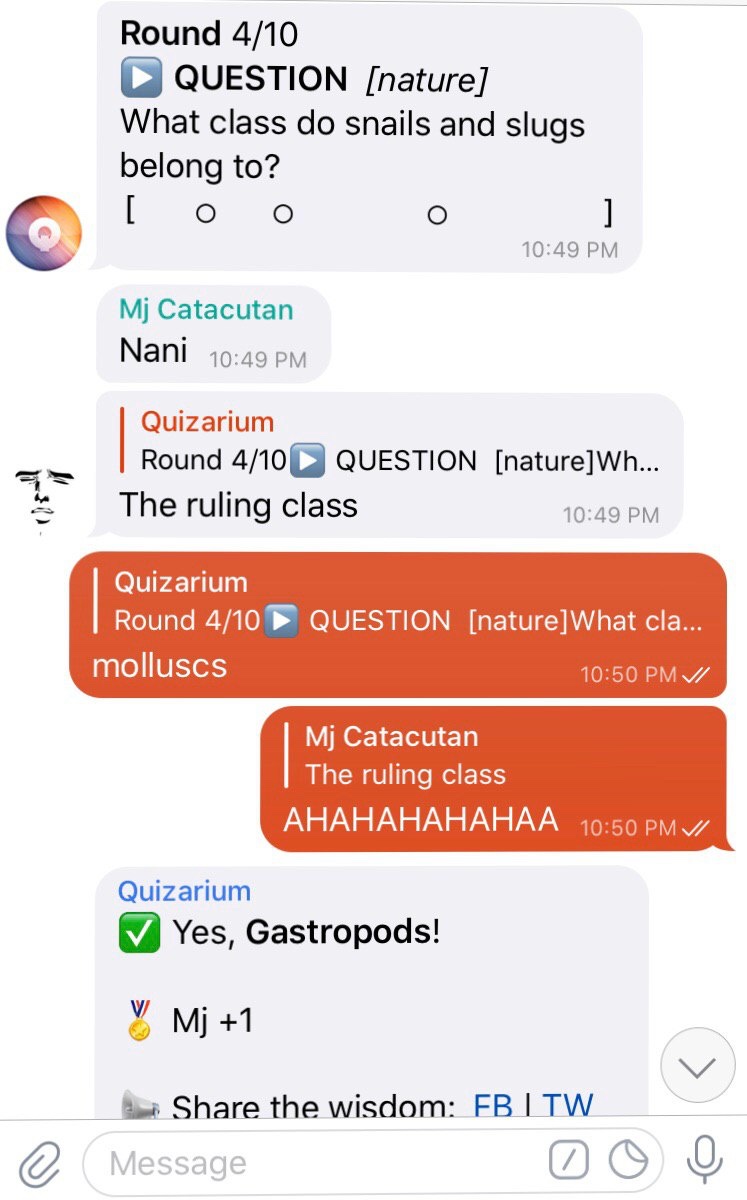 If you can’t free up space right now but you have Telegram, don’t fret. You might just need a little quiz game to cure that cabin fever.

Quizarium isn’t a new bot on the platform. But playing it now might feel different because you probably have more time to answer infinite questions. From film to music to general knowledge to science, Quizbot will make you question your own stock knowledge. If there’s any.

How to set it up: Invite @QuizariumBot to a groupchat, or add it alongside your friends while creating the group. Don’t worry, it won’t share any secrets, as far as I know.

SHAREBy Desiree Pore Gone are the days when artists only need to release...