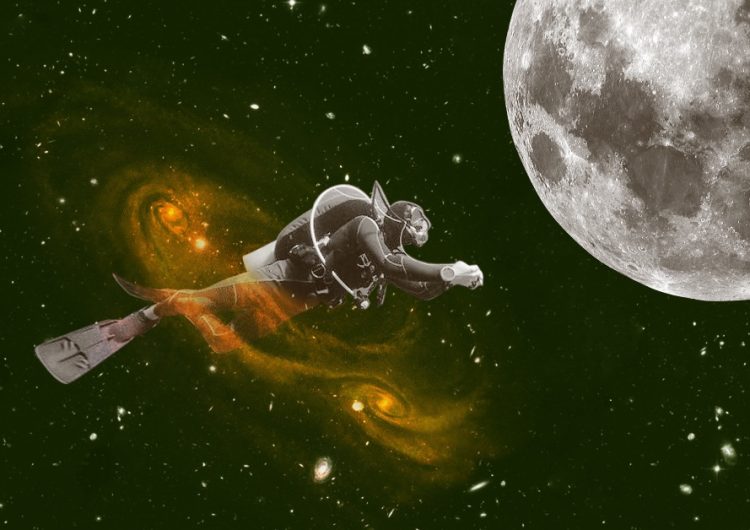 From the get go, science fiction is a genre that’s intimidating to even look at. There’s the technical mumbo jumbo, the layers of world-building and the question that pops in our heads whenever we’re watching “2001: A Space Odyssey”—do I need a STEM degree for this?

Even for fans of sci-fi’s softer sibling, the space opera, hard science fiction is a genre they tend to veer away from. With pages stuffed with elaborate plots and even grander settings, finding your way into this side of the literary world sounds like an intimidating feat. But if you’re ready to take that one-parsec leap, here are a couple of sci-fi novels to start with—and all under 300 pages.

“The City and The Stars” by Arthur C. Clarke

Page count: 256
You can count Arthur C. Clarke as one of sci-fi’s trailblazers. If his name doesn’t ring a bell, the writer penned the original novel for “2001: A Space Odyssey,” which has since been one of the hallmarks of science fiction. For a primer on hard sci-fi, test the waters with his earlier work, “The City and The Stars.” Set a billion years from 1950 in the last civilization of Diaspar, humanity lives in an idyllic world, with a couple of exceptions. All people are manufactured, everyone’s immortal and they’re all reincarnated at some point—except for one.

Enter the first “Unique,” Alvin, who’s fresh to the world with no past life. As he grows into adulthood, he starts to question what the rest of the world is like outside Diaspar—but getting out is just the beginning of his problems.

“The Left Hand of Darkness” by Ursula K. Le Guin

Page count: 286
It’s not a science fiction list (or fantasy, for that matter) without Ursula K. Le Guin. With “The Left Hand of Darkness,” current readers see the 1969 novel as a transfeminist text. A question like “what if gender didn’t exist?” is a prominent one throughout the piece, with its human main character stumbling upon a genderless planet. It’s a culture shock, for one, but it speaks a lot about human society in an otherwise very alien world.

Page count: 271
If you’ve seen “The Matrix” (and by now, who hasn’t), then you’d know the basic rules of this book. “Neuromancer” has heavily influenced the Keanu Reeves-starring film down to its title. In the 1984 book, data thief Henry Case enters The Matrix, a powerful artificial intelligence run by a business clan. Considered a cyberpunk pioneer with its distinct world-building, you’ll get a sense of how the genre was forever changed by this 271-paged novel.

“The Hitchhiker’s Guide to the Galaxy” by Douglas Adams

Page count: 193
When we say pop culture phenoms, “The Hitchhiker’s Guide to the Galaxy” is on top of ’em. The Douglas Adams novel has produced several adaptations, with stage shows, spin-offs, comic books, a TV series, a video game and that one cult classic movie starring Bilbo Baggins. Here’s a quick rundown: Arthur Deck is plucked off Earth right before it’s demolished. With some ill-advised quotes from “The Hitchhiker’s Guide,” he and his researcher friend, Ford Prefect cruise around space. Insert hijinks here.

Page count: 288 pages
For a classic, turn back to the year 1932, when “Brave New World” was published. Read through the future from the eyes of the ’30s: Citizens are genetically modified, conditioning is real, and all the ingredients of a “good” dystopia. Life is pain-free, but it’s pretty hollow—especially for protagonist John the Savage who points out the kinks of this “brave new world.”

Page count: 159
Sci-fi in Philippine lit? Yes, it exists and it’s thriving, just check out pieces like the fast-paced “Project 17.” Lillian is a human babysitter—in a world where robots are the norm—watching over a 28-year-old man named Caleb, who’s diagnosed with schizoaffective disorder. After a while, some suspicious questions start to rise, all involving mysterious medication, even more mysterious women and riotous robots.

Page count: 299
Fantasy and the paranormal gets in the mix for “Naermyth,” a novel that fuses Filipino folklore with the post-apocalyptic scene. The world has ended, just as any other dystopian novel—toss in a duwende or two, and it may be even more chaotic. The myths of our stories have come to life, waging a war leading to humanity’s downfall. When main character Sheperd, tasked to protect humanity, rescues Dorian from duwende captivity, he finds himself torn on what it means to be human.

SHAREI remember the first time I got my period and I want to...

SHAREAfter releasing enigmatic and vibrant visuals for “Saint Laurent” and “Seventeen” a few...