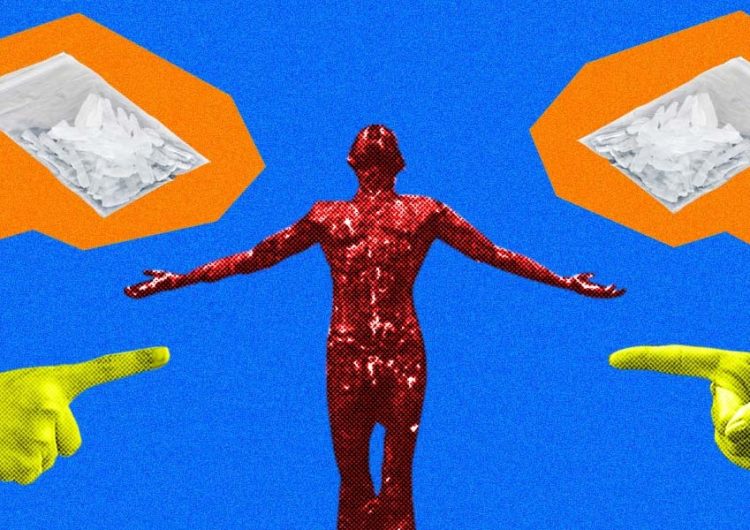 The plan to terminate the University of the Philippines-Department of National Defense (DND) accord is still in full swing, folks. But since a lot of people aren’t convinced that it’s being done for the students’ own security as the Armed Forces of the Philippines (AFP) has insisted, the military decided to up the ante, using this administration’s handy all-around bogey: the drug war.

“What if there’s a shabu lab in UP?”  AFP spokesperson Maj. Gen. Edgard Arevalo said to amplify the risks of the accord, according to a report by Rappler. “The 1989 agreement is contrary to public policy. Because it is inimical to public interest,” Arevalo said during a press briefing today, Jan. 20.

He then laid out a hypothetical scenario, “Paano na lamang po kung mayroong shabu laboratory, for instance, sa loob ng University of the Philippines community or campus and meron tayong valid arrest warrant at search warrant?” Events like this, according to Arevalo, affect  public safety since the military and police cannot just enter the premises.

(What if there’s a shabu lab, for instance, inside the UP community and campus and we have a valid arrest and search warrant?)

(What this agreement asks is for the [military and police] to notify  the UP administration before we go searching.)

(If you, as parents, are worried that your children might acquire shabu, will you let the perpetrators escape just because we need to alert the administration first?)

Well, that’s one heck of a plot twist for an unexpected “what if?” The termination is initially motivated by the AFP’s idea of UP being a hotbed of communist recruitment. Suddenly, it’s all about… drugs.

After  AFP’s drug-centered hypothesis came out, UP students quickly slammed the claim via social media, saying laboratories in the university are poorly funded in the first place. This was validated by students who had worked in UP’s labs.

Loreta, a fourth year journalism student at the University of Santo Tomas, interned at UP Diliman’s microbiology lab as part of a high school requirement.

I did an 18hr internship at a food microbio lab in UP in 2017. I still remember how limited the resources were that the students had to reuse some equipment which were meant to be disposable. Low funds na nga ang labs sa UP, iisipin pa may shabu lab?? Ewan ko na lang talaga. https://t.co/mqByjx1ef5

“When we were being briefed on what we were going to do, the student assistants told us that we had  to be careful with the equipment because they are being re-used,” she said.

Loreta added, “The equipment in question look disposable. I mean, I’m talking about plastic spoons (for getting agar powder for the bacteria cultures) and plastic weigh boats (parang small square plastic bowls where you place the powdered agar to weigh it).” Cans and aluminum foil were also reused.

Because of this, she found AFP’s hypothetical situation incredible. “Ayun, the student assistants explained to us that the lab was underfunded so they’re trying to maximize what they have. So it’s appalling to me (that the AFP would suggest that) UP might have a shabu lab. I mean, hello, they’re short on budget, how can they have the resources to make  shabu?”

Equipment dating back to post-WW2 restoration

Here’s another anecdote from Angel, a public health student from UP Manila who graduated in 2014.

“This photo was taken in Gusaling Andres Bonifacio (GAB) of the College of Arts and Sciences (CAS) around 2011, but the state of that roofdeck-turned-laboratory remains  (as far as I know) as of today. Aside from that, we had biology laboratory activities (dissecting frogs, cats, etc) done in makeshift dissecting tables in the third floor corridor of Rizal Hall, the main building of CAS,” Angel said.

He added, “When we moved to our college building proper (Lara Hall, on Pedro Gil St.) during our third year, we had to deal with equipment (like microscopes, centrifuges, and even walk-in incubators) dating back to post-WW2 restoration; some of the equipment still have tags from the US war reparations commission.”

“So aside from the fantastic accusations of the AFP/PNP about these things in UP, the school (and if I may include, the Philippine General Hospital) are not being subsidized enough by the state. So even the calls to defund UP is (unrealistic):  how can the (government)  defund an institution that has its budget being slashed in the millions, even billions, every year?”

In Nov. 2020, President Rodrigo Duterte threatened to cut UP’s budget after students rallied against the government’s typhoon and COVID-19 response. “Okay. The school is UP? Stop studying. I will stop the funding. All they do anyway is recruit communists,” he said.  Senator Francis  Pangilinan said defunding UP would be “legally infirm.” PGH’s budget was also slashed by P456M last year.

Drop that “lazy students” narrative, these kids know what they’re fighting for

Is DepEd discouraging students to protest and think critically?

Well, here's another reason why China's all sketchy af: they want to keep...