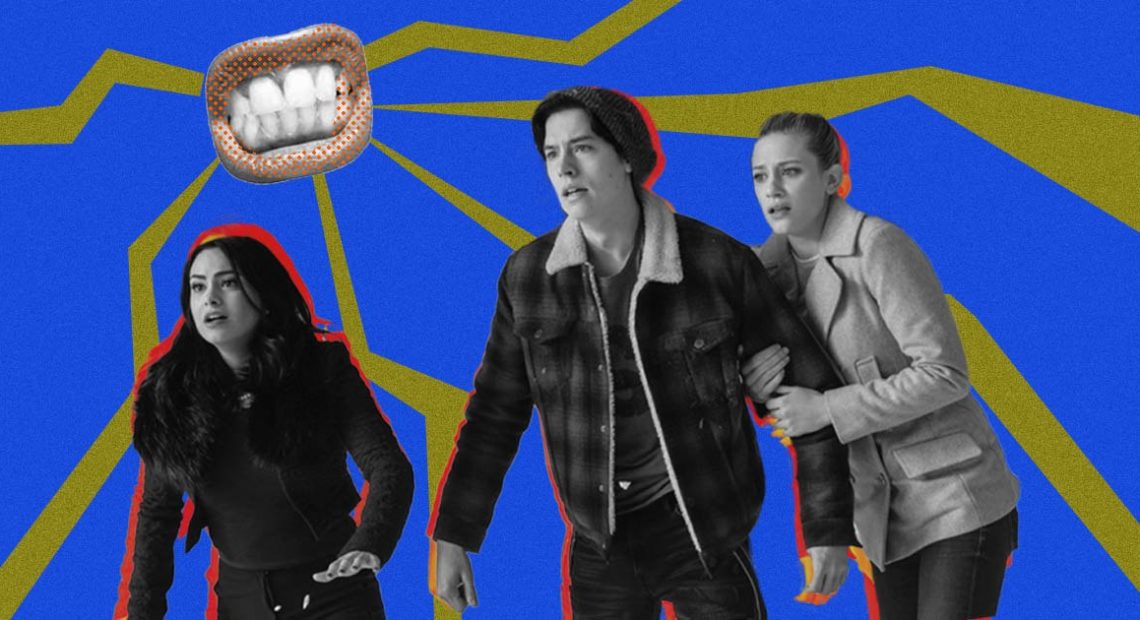 The way I see it, there are two types of remakes. On one side are ’90s sitcoms, where old gags come back to life and characterization remains stagnant, but with wrinkles. The other side has the characters you know and love from your childhood, now with a catch: There’s now murder, violence and whatever gratuitously “adult” thing they can toss in the pile.

While OG Disney was all about the happily-ever-after, Hollywood took a page out of the Brothers Grimm books and walked a darker route, but with hardly any success (Remember Hansel and Gretel as assassins and Amanda Seyfried in “Red Riding Hood”? Me neither). Now, TV takes on gritty much in the same way: Take a wholesome, well-loved story from your past and twist it apart, because hey, times are dark, we have grown, and apparently, so should the media we consume.

Why “Riverdale” is the subject of mocking memes—sans the bad fanfic levels of writing—is partly because it lacks some self-awareness, taking itself too seriously as a result. Its audience knows that it stems from a comic book with jokes straight out of the ’50s, where a character wears a crown every day just for the heck of it. The show, it seems, doesn’t.

Despite the hit-or-miss nature of the gritty reboot, the industry continues to churn them out. There’s satanist Sabrina in “Chilling Adventures,” the new “Nancy Drew” and talks of a dark “Clueless” that may or may not have a murderous Cher. As to why they keep making them, I could only pinpoint to one reason: Nostalgia sells, but they gotta change it up to “keep up with the times.”

What these creators think of as dark and “realistic” is all just for show, an artificial depth that wants to present itself as more mature. Slapping an R rating into a movie won’t count for its complexity or how it’s supposed to mirror real, adult problems.

An article on The Awl reflects back to when the “Archie” comics started in the 1940s. The Post-World War II era attempted to erase traces of their recent past, raising themselves out of the rubble by foregoing dark themes for cheery, bright and all things starkly different from a war zone. Music was upbeat, sock hop was all the rage and songs about candies could have been a whole new genre. The same goes for comic books—Archie’s world was the “wholesome, idyllic vision” of the era: Here’s a house with a picket fence in one town, where neighbors share some laughs and nuclear families settled in peace. In this world, all was well.

“Riverdale,” on the other hand, is a direct rebuttal to that. Dark realism is back in fashion. Shows want to reflect the grim world, but at the same time, audiences crave familiar characters. In order to meet in the middle, storytellers Frankenstein’d it into the gritty remake.

We’re older now, and so are our childhood icons. Yet, they come from a different time, with a context that’s out of our reach. One piece from GameRanx mentions that “Archie and Anne [of Green Gables] and the [Power] Rangers are so steeped in their historical lightness and earnestness that we have the urge to tear them down .”

For some, adults require so-called serious material. Mixing grit with childhood memories “allows” people to like them again in their older age without being embarrassed for enjoying kids’ entertainment (“Riverdale” is far cringier than “Archie” of the good ol’ days, but I digress).

To think that stories could have depth while being mundane and without having to fall back to dark subplots—well, maybe that’s the grown-up thing to do.

What these creators think of as dark and “realistic” is all just for show, an artificial depth that wants to present itself as more mature. Slapping an R rating into a movie won’t count for its complexity or how it’s supposed to mirror real, adult problems. For one, some might argue that family-oriented Disney films have more depth in 10 minutes than a whole season of a CW show.

Gritty realism doesn’t make for a complex story. It’s a young kid decked in a coat with far too large shoes, playing pretend. What makes shows like “Riverdale” succeed aren’t its attempts to embellish it with sex, drugs and rock n’ roll, but the “operatic intensity” (as The Washington Post calls it) of valid, teenage feelings that in the end, are more mature than any other grim plot.

It’s about time modern stories let go of grit that they claim as reality. Sure, darkness happens in real life—and we can welcome it—but to pose it as more mature is what’s at fault here. Call it blindly optimistic, but a somber world hardly counts for realism in its entirety. There’s reality found in the sappy, the sentimental and the overly normal. To think that stories could have depth while being mundane and without having to fall back to dark subplots—well, maybe that’s the grown-up thing to do.

SHARE“That’s bad for you,” my pre-school teacher, in her pixie cut and lavender...

SHARERemember how in the “Chamber of Secrets” Dumbledore canceled all exams because of...