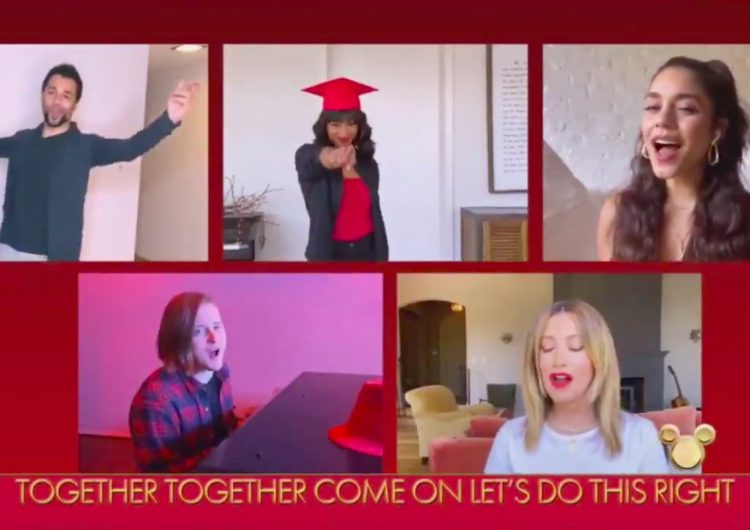 Your favorite stars from the “High School Musical” (HSM) cast reunited via Zoom for the Disney Family Singalong on ABC, but it seems like the star basketball player stuck to his status quo and didn’t join in.

Zac Efron appeared for a while, but only to introduce the cast before, well, bolting out. He’s even missing in this little teaser his co-star and ex-girlfriend Vanessa Hudgens posted on Instagram. In the wise words of Coach Bolton, “C’mon, Troy!”

Tonight’s the night for the #disneyfamilysingalong ? big thanks to everyone who made it possible❤️❤️

Efron has been noticeably missing from a lot of interviews ever since the franchise ended, even in their 10th anniversary reunion. Gotta go his own way, I guess.

Oh well, we still got our star-studded sing-along: Monique Coleman, who played the brainy Taylor, wore her East High graduation cap. Ashley Tisdale showed off her cute pooch Sushi in true Sharpay fashion. Lucas Grabeel even got his iconic red mini fedora just like in the first movie and sang with a piano.

A lot of other Disney stars joined in on the HSM sing-along. Spot some of your faves from “Descendants” and “Zombies,” and even Raven-Symoné from “That’s So Raven.”

And it wasn’t just the HSM reunion. Pop stars like Ariana Grande, Demi Lovato, Beyoncé, the “Glee” cast and more got together in a medley of classic Disney songs. We’re betting you still know the lyrics to all of these, so it’s time to break free.

SHAREBy Katrina Tiu Long before touch screens and larger-than-life smartphones that could no...