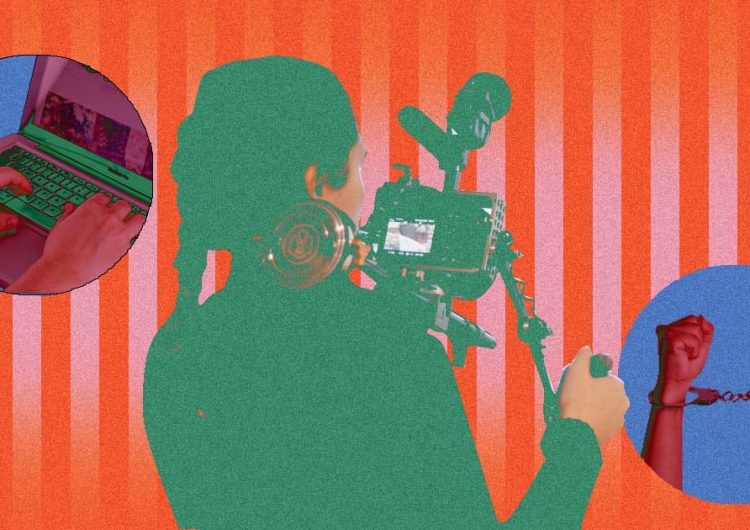 In another episode of “What The Fuck Is Going On?”: On Sunday morning, Cebu-based film writer and business owner Maria Victoria Beltran was arrested for allegedly spreading misinformation about the COVID-19 contamination in a village in Cebu. According to Inquirer, Beltran’s Facebook post on Saturday said, “9,000+ new cases (all from Zapatera) of COVID-19 in Cebu City in one day. We are now in the epicenter in the whole solar system.” Yup, she was immediately taken by the Cebu City police at 2 a.m. on Sunday because of this post.

A few hours before she was sent behind bars, Cebu Mayor Edgar Labella responded to Beltran’s post: “Fake news ni and this is a criminal act. Hulat lang Ms. Beltran hapit ka madakpan sa PNP Cybercrime Unit. Magtingkagol gyud ka sa prisohan.” (“This is fake news and a criminal act. Just wait, Ms. Beltran. The PNP Cybercrime Unit will go after you and you’ll surely be in prison.”)

But Beltran’s team isn’t backing out. Via a phonecall with Inquirer, Beltran’s lawyer Vincent Isles shared, “We’re going to question this. This is a gross violation of the rights enshrined in the Constitution.” Administrative and criminal charges will also be filed against those who are involved in her arrest.

Read more: These award-winning docus reveal the real state of our nation

Isles explained that Beltran did not mean to “spread confusion and fear.” The artist’s defenders have also been explaining that the post obviously reeks sarcasm. Well, come to think of it, sudden additional 9,000 COVID-19 cases seem unbelievable for a country who’s still grappling with its mass testing efforts. And that “epicenter of the whole solar system” part? Reads like a chunk from a sci-fi novel if you ask me.

Adding to the defense, Isles also said it was the Department of Health (DOH) which reported that the residents of Sitio Zapatera—composed of over 9,000 residents—“was presumed contaminated.” Last Thursday, DOH director in Central Visayas Dr. Jaime Bernadas and Cebu City health officer Dr. Daisy Villa said that Sitio Zapatera was already “presumed contaminated” with the virus, leaving no need to test other residents. On Friday, Mayor Labella ordered a mass testing in the village. This was after Barangay Luz Captain Ronilio Sab-a appealed, “Stop generalizing us by saying the sitio is already contaminated by the virus.”

According to Cebu Daily News, lawyer Benjamin Militar from Beltran’s legal counsel found out that the artist was arrested without any accompanying warrant. No legal basis was cited, too. So, where is this big power-tripping energy coming from?

On Apr. 19, The Concerned Artists of the Philippines released their statement in defense of Beltran. “We condemn Mayor Edgardo Labella’s specific targetting of Beltran’s post as a criminal act and precluding the incident today with the threat of arrest by the PNP Cybercrime Unit. These instances of citizens voicing out opinions on social media should not be suppressed in any functioning democracy by the state,” reads a part of their Facebook post.

They also mentioned that Beltran has always been outspoken about current issues online, “often employing humor and satire as a means of criticism.” A running online advocacy has since persisted in the form of #FreeBambi, where actress Chai Fonacier also chimed in.

Though we recognize that Beltran’s post can come off as misleading, what’s more alarming is the obvious threat to press freedom. During this pandemic, what we need are well-planned out actions for our healthcare system and the livelihood of the less privileged—not threats. We just wish the same urgency was exercised when a former member of the presidential communications group propagated fake news on a blog, and when a presidential legal counsel told everyone that eating bananas can combat COVID-19. That would have been pretty helpful.

The Big O: Exploring the back door