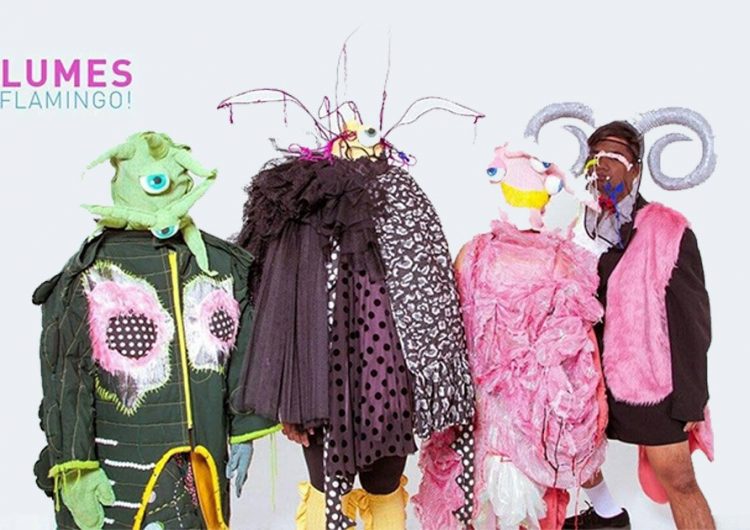 Since the pandemic started, creatives have been forced to break out of their old routine. Our local musicians are no stranger to this narrative, as their schedules are often hammered by studio rehearsals and weekly gigs. Though surviving feels like a pain in the ass, they have tried to connect with us no matter where we’re at—like the total G that they are.

Released on streaming sites on Apr. 24, the new “Volumes” EP of rock outfit Oh, Flamingo! is easily one of the best things that have come out of this lockdown. A sequel to their recent single releases, this seven-track record builds a portal to a ’60s coming-of-age film we never knew we could be part of—complete with the offbeat arcs and the promise of a future. Minecraft-based Club Matryoshka attendees heard this first, but now you’re free to play this on loop.

The track opens with the emotionally-charged eponymous track “Volumes,” and peppers confessions in echoes. Before you know it, you’re being lifted up in the rhythm of chimes and ripples. It’s the perfect preparation for “Sunsets,” armed with its strong ’60s psychedelic textures. You’ll wonder how the sun is dressed up today.

Introspective “Naubos Na’s” questions come like bullets afterward, but we’re immediately resurrected with the suave rhythm of “Sacred Times.” Singing along feels like reading notes from a memory jar. The EP takes a sudden spike when the reprised version of “Volumes” suddenly plays, giving the listener the time to take everything in.

The time-warping doesn’t stop with “Memory Attack” which reeks of nostalgia about a peaceful house you once visited in your lifetime. It’s warm, cozy, but also hard-hitting. “Volumes” lets us draw to a memorable close with “Echoes / Psychedelic Sweater”—packed with intimate vocals, exciting riffs and a bizarre soundscape.

Oh Flamingo’s “Volumes” is as hypnotic as it could be, and we’re just pumped about what could happen next. Whether you listen to this full blast in your bedroom or as a backgrounder for your tonight’s sleep, this EP undeniably speaks enough volume in itself.

SHAREWhen you think of something festive during October, you’re only thinking of Halloween,...