ATTENTION, GENSHIN IMPACT ENTHUSIASTS: A smorgasbord of desserts coming through.

Welcome! You’ve just arrived in Genshin Impact’s fantasy world, a.k.a. Teyvat. Whether you’re craving sweets or not, DiamondFlavor Art has something for you—visually delectable Filipino desserts for all the travelers in the entire adventure.

Genshin Impact, created by game house miHoYo, lets you travel to an open-world role-playing quest. To prepare your character for a challenging adventure, food is one of the ultimate hacks in this game. It hypes up your character’s stamina for an additional attack during your quest. 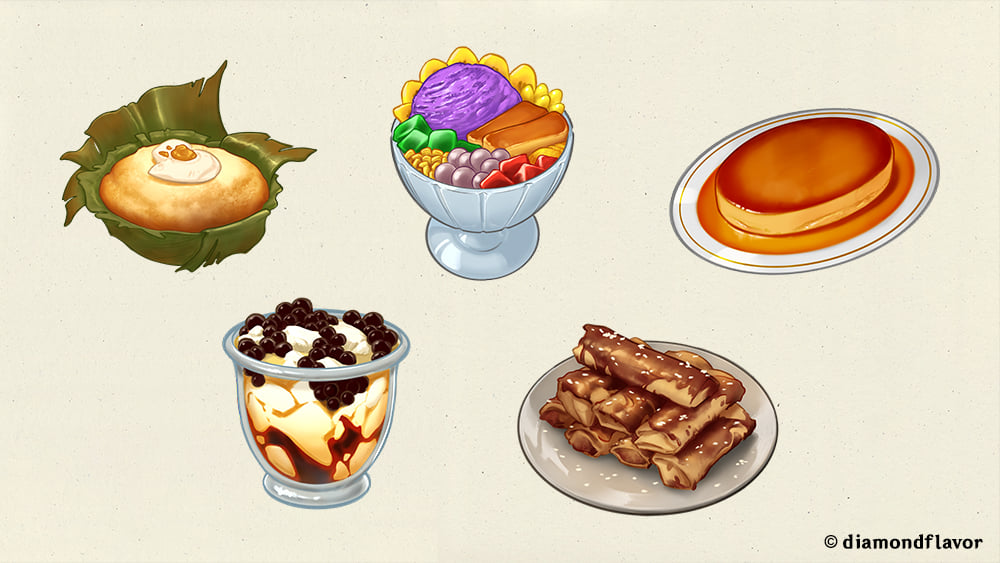 But before picking your dish (or asking us about the best-seller), meet the artist behind this colorful dessert artwork: DiamondFlavor Art, a.k.a, Ino Miguel Velarde.

“Whether it’s a simple prop, a vast landscape, or complex characters, everything has a story, and I want to tell it through art,” DiamondFlavor Art tells us.

A 29-year-old Filipino freelance artist, DiamondFlavor Art likes connecting his conceptual artworks and illustrations to “world-building.” One of his works that prove this? His Genshin Impact-inspired fan art on Facebook, “Flavors Beyond Teyvat: Desserts from the Philippines.”

As an artist for six years, DiamondFlavor Art said that his niche is inspired by his parents’ interests. He tends to draw inspiration from games, movies, and TV shows, particularly science fiction and fantasy.

“My dad told me that when he took care of me as a baby, there were times he would do it while playing games on the computer. He would have me on his lap and [I would] watch him play, and sometimes [he would] let me ‘play’ too—you know, like button-mashing the mouse and keyboard. So I can definitely say I’ve always been a gamer,” he explained.

Just like us, DiamondFlavor Art is a film enthusiast, which he got from his mom. He reveals, “As a kid, I remember going to Blockbuster with her and renting out the laserdisc of ‘The Wizard of Oz,’ one of my all-time favorite movies. The story, world, and characters were so memorable for me. It’s one of those old ‘in technicolor’ movies, too, so I remember how vivid the colors were and how they popped on the TV. I also fondly remember watching the TV show ‘Charmed’ (team Piper btw!) with her and my brothers every night before going to bed. The good old days.” He adds, “Love ya mom and dad.”

Above all the world-building experiences he got from his parents, it seems like Genshin Impact is one of the worlds he felt like recreating, thanks to the icons and production quality. 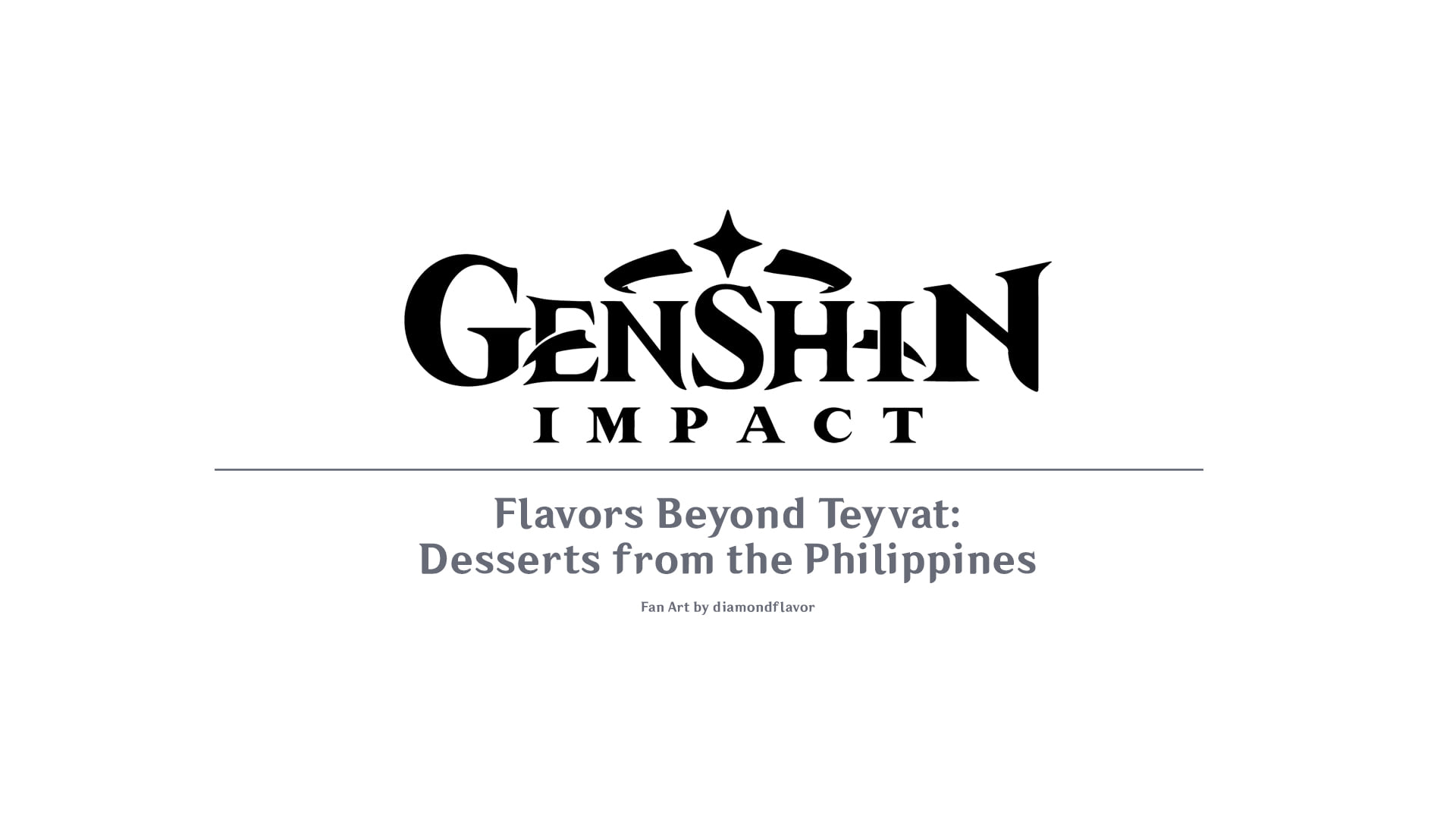 “We always expect the characters and world to be beautifully designed, but what really impressed me were the icons, like the icons for the food! Those things are usually taken for granted in a lot of games, but in Genshin Impact, they went above and beyond, in my opinion. If you play it, you’ll understand, and if you don’t, you should try it out,” he said.

For the artist, Filipino desserts’ vibrant aura is a good match for the game. He explains, “Like I said, the food icons in the game are what really impressed me so I wanted to make art related to that. I chose Filipino desserts because they’re fun and colorful! And maybe I was craving them at the time. But I’ll eventually do other Filipino dishes as well, and even dishes from other countries that aren’t represented in the game yet.”

For future reference, DiamondFlavor Art also shares with us a cheat code for art-making. Take it as his creative process, like how he did his Genshin Impact fan art.

After this adventure, DiamondFlavor Art is eyeing to “transition to more concept artwork for games and film, and visual development works for animation.” With a vision of exploring the entertainment art industry, Ino expounded, “I know this is what I want to do for the rest of my life, so I’m excited to explore and do everything as I go.”

But before that happens, buckle up as we teleport you to his “Flavors Beyond Teyvat: Desserts from the Philippines” universe.

Heading to the first dessert, we smell a soft rice cake not just for the Christmas season, but also for laid-back breakfast mornings: bibingka. With its mix of sweet and salty, bibingka will help you “revive and restore 50 health points” in this adventure. 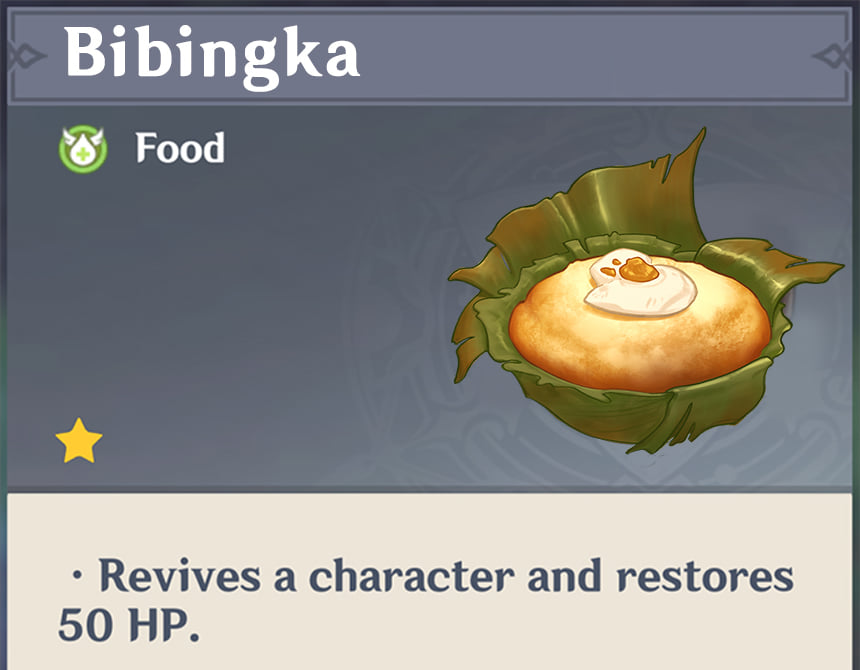 For our second dessert, here’s halo-halo. Apart from being everyone’s favorite summer treat, it has a couple of functions to this universe: “Decreases party members’ sprinting Stamina consumption by 20% for 900s. In Co-Op Mode, this effect only applies to your character/s.” 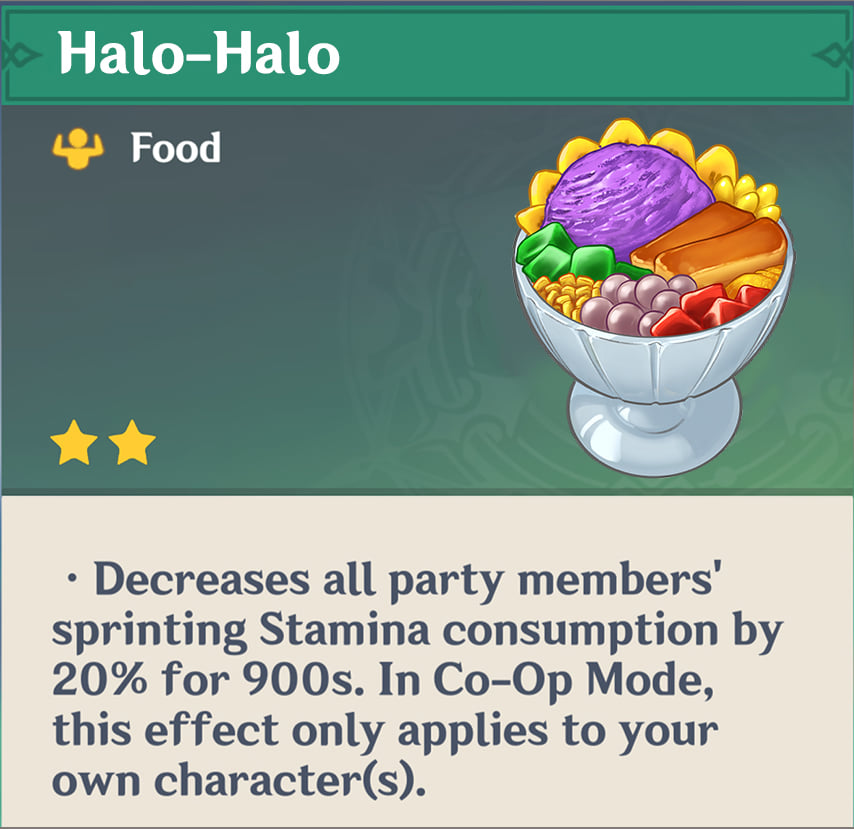 Moving onto the third dessert, it’s no other than leche flan. This caramel custard will “restore your health points by 30% and reproduce 790 health points.” 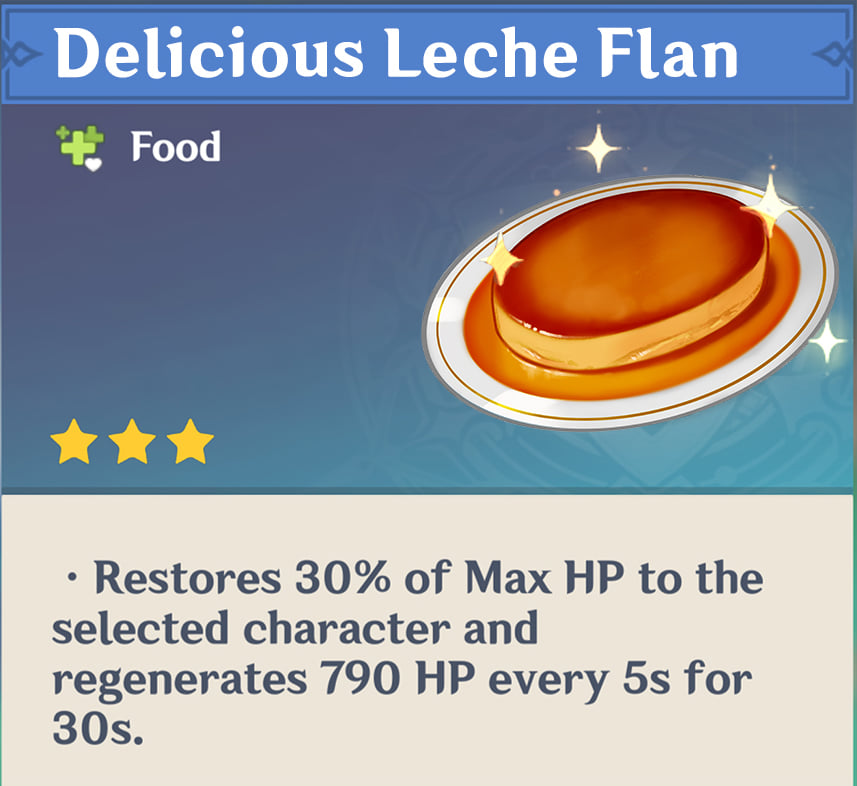 For the fourth and fifth dessert, it’s the almighty taho—the long-lost relative of milk tea with boba, and the god-tier turon (s/o to one of its biggest fans, Janine Gutierrez.) 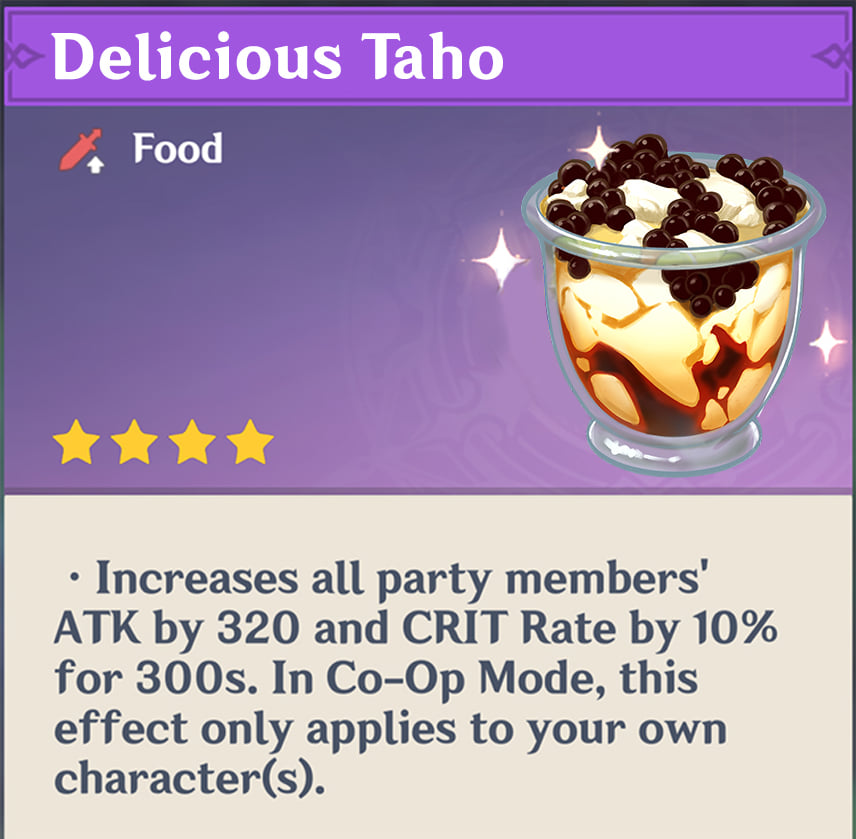 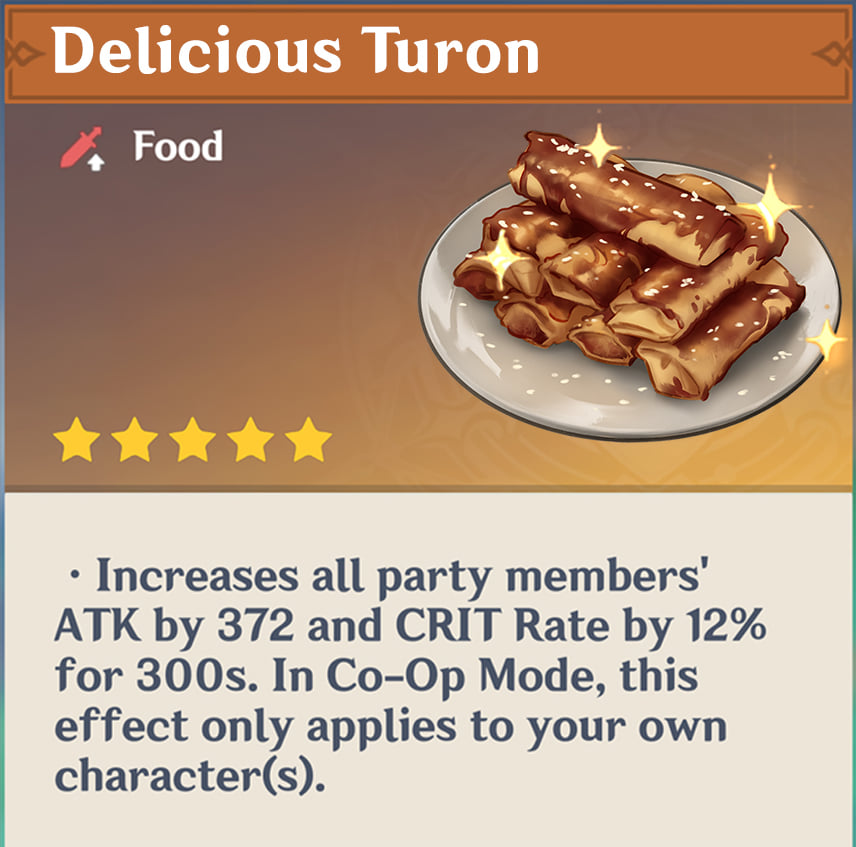 As DiamondFlavor Art says, be excited and inspired by your ideas. With these mouthwatering desserts, this artwork proves that personal interests can loosely sketch out your ideas into an exciting new world.

This story is part of our #SeenOnScout series, which puts the spotlight on young creatives and their body of work. To share your work, use #SeenOnScout on Twitter and Instagram.

If you’re not wearing “dad sneakers” you’re missing out

SHAREWhen it comes to style, you either like it or you don’t. There...