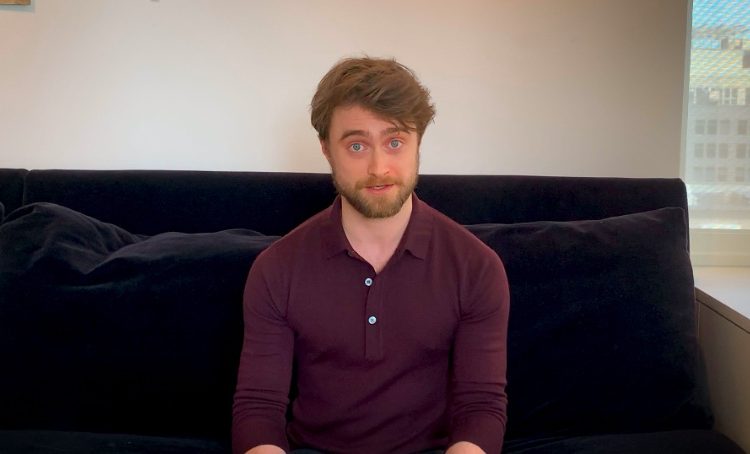 Give or take 10 years, it’s probably been a while since you’ve last read “Harry Potter.” For those who swore to a reread—you know, without the Unbreakable Vow—might we suggest an alternative? Appearing to you like the bedtime story of your fantasies, it’s Daniel Radcliffe narrating the first chapter of “The Sorcerer’s Stone.”

In line with the Harry Potter at Home initiative, Harry himself—including several other notable names—are coming to you straight from their living rooms, each retelling a chapter from the first book of the “Potter” series. Radcliffe kicks off the reading festivities with chapter one, titled “The Boy Who Lived.”

“Mr. and Mrs. Dursley, of number four, Privet Drive, were proud to say that they were perfectly normal, thank you very much,” reads Radcliffe. Accio, goosebumps.

Surprise! We've got a treat for you…From today, amazing friends of the Wizarding World are going to take turns reading Harry Potter book one.

Other Wizarding World stars joining in on the narration include “Fantastic Beasts” cast members Eddie Redmayne and Claudia Kim, audiobook narrator Stephen Fry and “The Cursed Child’s” Hermione, Noma Dumezweni. Expect some muggles to chip in too, such as David Beckham and Dakota Fanning.

Chapters will be released now till the end of June, with the full recordings exclusively available on Spotify. Note to self: Add this to my nighttime routine.

Listen to the first episode below:

Screenshot from Harry Potter at Home

SHAREThe biggest and arguably most exciting virtual band is back. Not with a...