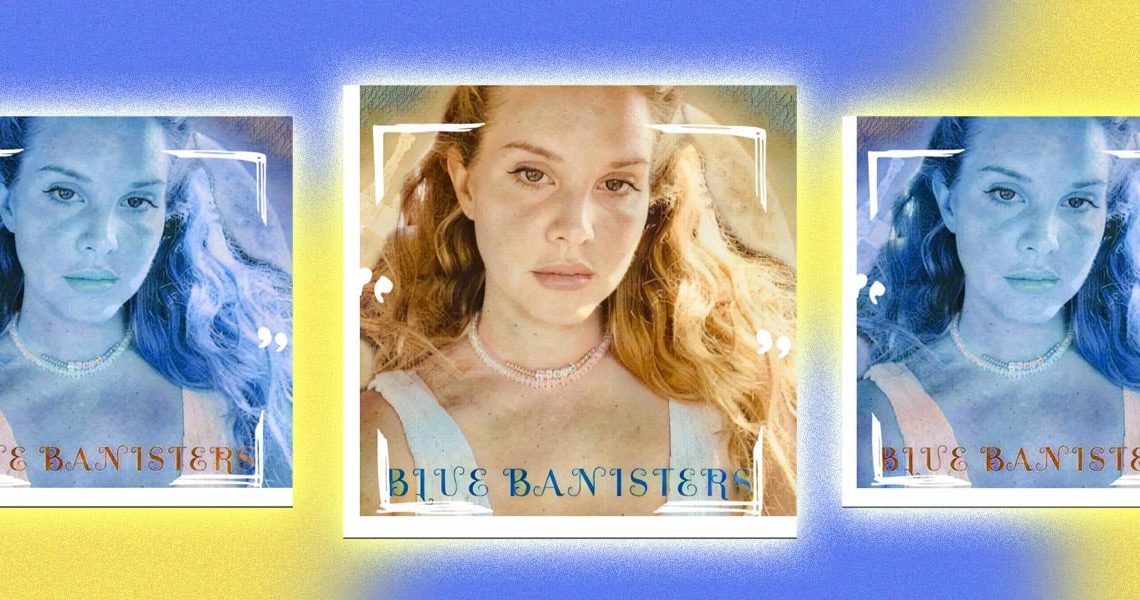 Lana Del Rey has surprised us again with her Choices™. Thanks to her latest social media update today, April 28, the internet has found a new fixation: the alt-pop singer-songwriter’s eighth studio album is coming soon. Like July 4 soon. And based on what seems like the album art, its title is “Blue Banisters.”

First of all, a moment of silence for “Rock Candy Sweet,” the title of the album she previously said she’d drop on June 1. We have yet to confirm if “Blue Banisters” is a separate record or a new brainchild that sucked the life out of “Rock Candy Sweet.” But they do have the same photo of Lana: a selfie inside a vehicle.

In the “Blue Banisters” art, Lana’s photo screams pizzazz on its own terms a.k.a. plain white borders and quotation marks. The choice of font is also intriguing since the last time I saw it was in the mid-2000s. To confess, yes, we’re also a little fixated on this like the rest of the interwebs. So, we’ve decided to write a couple of reviews:

“The ‘Blue Banisters’ cover reminds me of that one Friendster profile photo I made using an online editor, which I spent a solid hour thinking if adding the border was too much. It was not just the border. The whole photo severely clashed with the glittery text all over my testimonials. But I didn’t care. That self-assurance lives on with Ms. Lana and with that, I envy her.” – Kat Cabral, junior content creator

“If anyone would ask what avant-garde is, I think Ms. Lana’s ‘Blue Banisters’ art is a good primer. It reminds me of the computer class homeworks we had in grade school, and how we thought the more patterns, shapes and colors we dump, the higher our score will be. But even if some of us didn’t get the score we wanted, what matters is we were true to ourselves, right? This definitely avant-garde interpretation of Lana’s self nods to the moral of the story. If graphic design is your passion, then hers is mystery.” – Jelou Galang, junior content creator

“Lana’s newly released artwork for her album ‘Blue Banisters’ reminded me of two things: my self-edited avis during my Friendster era and that child on the cover of a branded canned milk (IYKYK). We all know Lana for her nostalgic sound and visuals and this one really took me back to my first interaction with a desktop (ugh her mind!).” – Yel Sayo, graphic designer