With all of its elements tied together, Jess Connelly’s music video for “Lock” is nothing short of hypnotic. Paired with the artist’s signature soulful vocals, the MV draws you into the subject—embodied by Jess herself—made even more pronounced by its changing sceneries.

The person behind the camera is David Camarena, a visual artist based in Los Angeles, who found his footing in California’s Bay Area. “She sent me a few videos for inspiration and we talked about what we could make happen,” David says about his collaboration with Connelly. “Jess allowed me to be free creatively during the shoot and editing process, so it was fun to bring everything to life.”

“Lock” is just one of the many music videos listed in his credentials,  with David having directed several visuals for certain household names of R&B and hip-hop. His roster includes “Pineapple” by Ty Dolla $ign featuring Gucci Mane and Quavo, “Chapo” by Wiz Khalifa and Berner, and two Kehlani MVs, namely “Table” and “1st Position.”

David has also spent time touring with names like Khalifa and artist Aaron Kai—an “Almost Famous” fantasy for some, a reality for David Camarena. “The best part about being on tour is being able to create and shoot every day,” he tells us. “Your job is to document and create content, so it’s a good opportunity to get better. Touring is also amazing because you get to see the world and experience cities you’ve never seen before.”

Although, don’t expect any wild anecdotes this time around. “[There are] many stories that I can’t share on here,” he laughs.

Besides the musical aspect of his work, his passion for the visual arts is rooted in photography. Before shooting one of the first lookbooks for The Weeknd’s XO brand and taking photos of artists like Trey Songz, David received his first Nikon from his parents. He dabbled into the craft after injuring his arm playing sports—he picked up a camera, and the rest was filmmaking history. “It grew into what I wanted to do in my life.”

Work on your skills any chance you get, and be versatile.

While creating videos and taking photos are crafts he tackles with his commanding artistry, they differ when it comes to the process itself. “In video work now, things need to be planned completely and organized before the shoot day,” he says. “For my street photography, nothing is ever planned or staged. Photography is more natural and certain moments happen when I least expect it.” 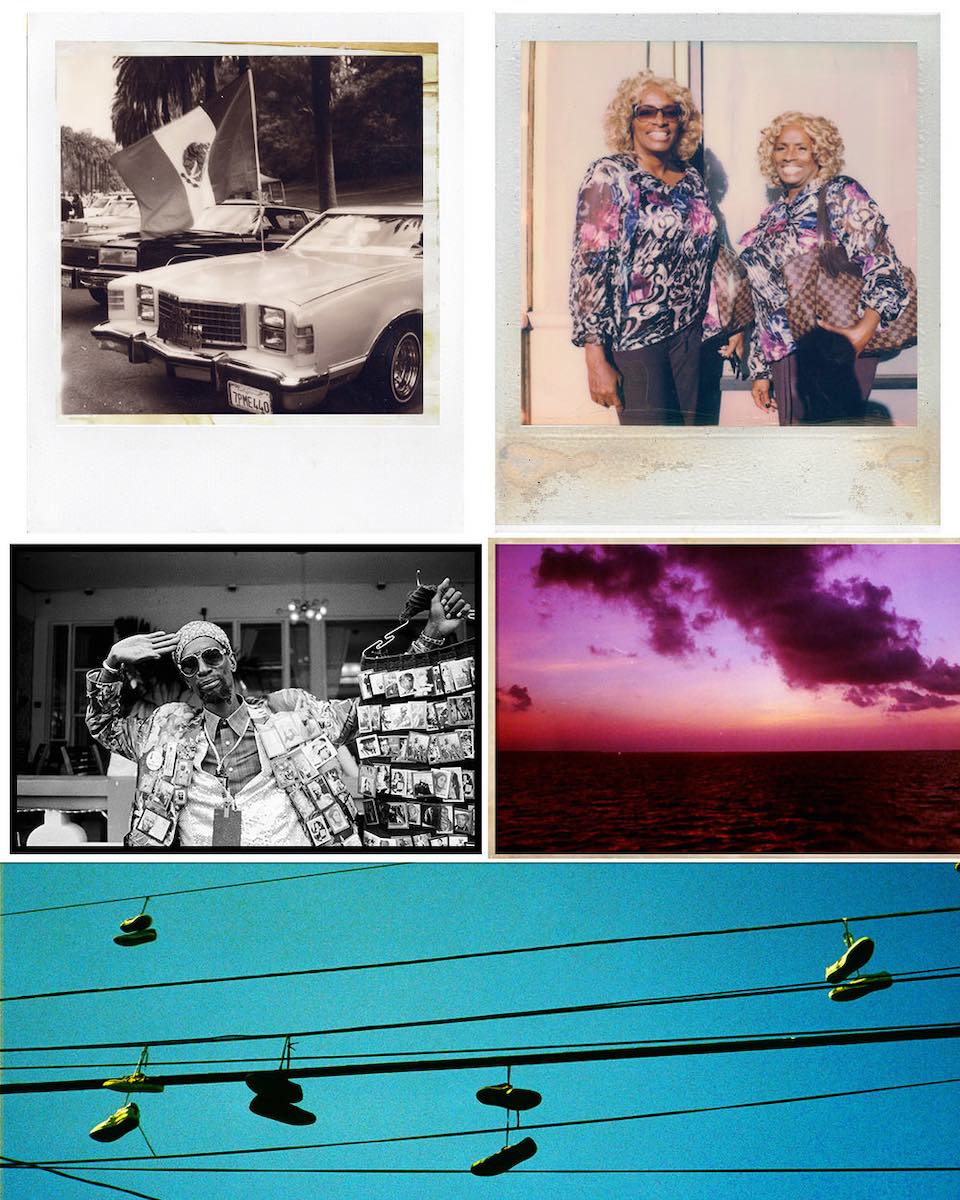 A collage of David’s street photography

The spontaneity of street photography leads to some of his uninhibited work. With his gear of choice (a Hasselblad 503cw and a ContaxT3), he shoots favorite subjects like family, friends and those who wander in his community. The allure is in capturing raw moments, slices of life in its purest form. “I love doing photoshoots for different brands and music artists, but what I truly love is photographing moments that I come across randomly.” 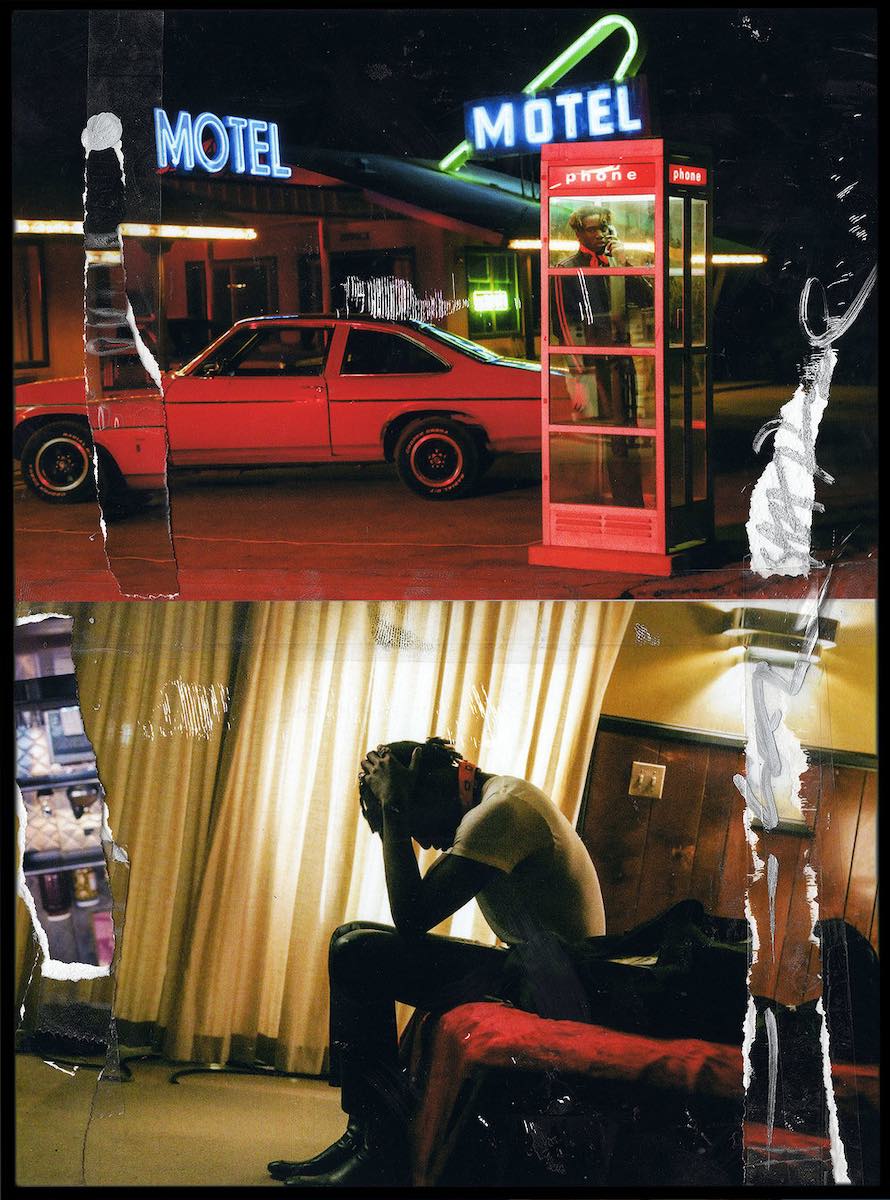 Photos from the music video “Winning Streak” by Shaboozey

His past and present work make for an impressive list, but to David, there are more possibilities that have yet to unfold. “I haven’t had an ‘I’ve made it’ moment yet,” he considers. “There is still so much I want to accomplish with my life.” Two of those dreams are to collaborate with the Pulitzer Prize-winning rapper, Kendrick Lamar, or to direct a music video for any E-40 song. If time machines were a reality, though, he’d film a visual for none other than Tupac. “He was so inspirational,” David says. “He was a great actor as well, so it would have been dope to create something with a storyline that had great energy.”

For now, he continues to create. As for those who want to get their foot in the industry, his word of advice is simple: “Work on your skills any chance you get, and be versatile,” he says. “I was able to go on tours when I was younger because I knew how to shoot photos, videos, and I was able to edit both.”

But as he has come to know in the world of creatives, it doesn’t take one person to man a ship. “Be a good person and be open to collaborating with different creatives. You can learn a lot from the people you surround yourself with.”  Be it with Lamar, E-40 or one of his illustrious usuals, David’s next collab is one to keep your eyes on.

Read more:
This photographer captures the fleeting emotions of eyes on film
How to make a short film, according to these directors
Bawal Clan goes intergalactic for their ‘WUTS RLY GUD/PALUMPALO’ MV

Still from “Table” by Kehlani, photos by David Camarena

SHAREIn times of great tension, music is here to soothe some of our...

SHAREAre you there, Oscars? It’s me, future Best Editing awardee. With Adobe Photoshop,...

SHAREWith the first ‘Ber’ month slowly waving us goodbye, the quarantine has practically...