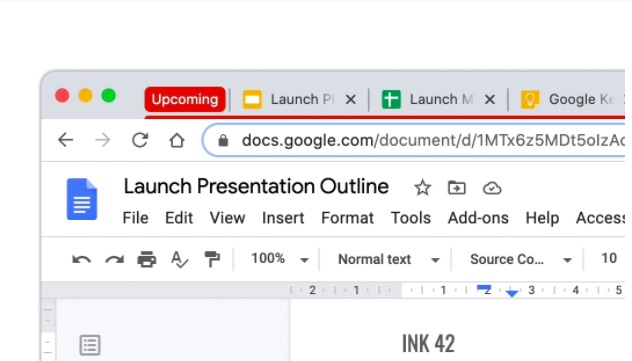 Students and research warriors, technological innovation has reached a new peak: Google Chrome will finally be rolling out a tab grouping tool.

CNN reports that Google is currently testing the feature in beta version, but is geared to release it to the public “slowly” starting next week.

Here’s how it works: Tab groups can be organized by color, emoji, custom label or a combination of all of them. Users can right click on a tab and select which tab group it’ll be added to.

According to Chrome engineer Edward Jung, their team has found that users like grouping tabs by urgency (“ASAP,” “This week,” “Later”) or by progress (“in progress,” “need to follow up,” “completed”). Raise your hand if you feel seen and represented.

According to Jung’s post, the feature will be available across Chrome OS, Windows, Mac and Linux. If you’re itching to try it out already, you can also download Chrome’s Beta version—which I will try, as soon as I find which freaking tab out of my 20 I opened the download window in.

Screenshot from The Keyword by Google

SHARENumber one rule in “Fight Club”: You do not talk about “Fight Club.”...

SHARESo aside from being an award-winning actor, Timothee Chalamet also has killer music...

SHAREThis is not a drill: The Shinigami are coming back to our screens,...