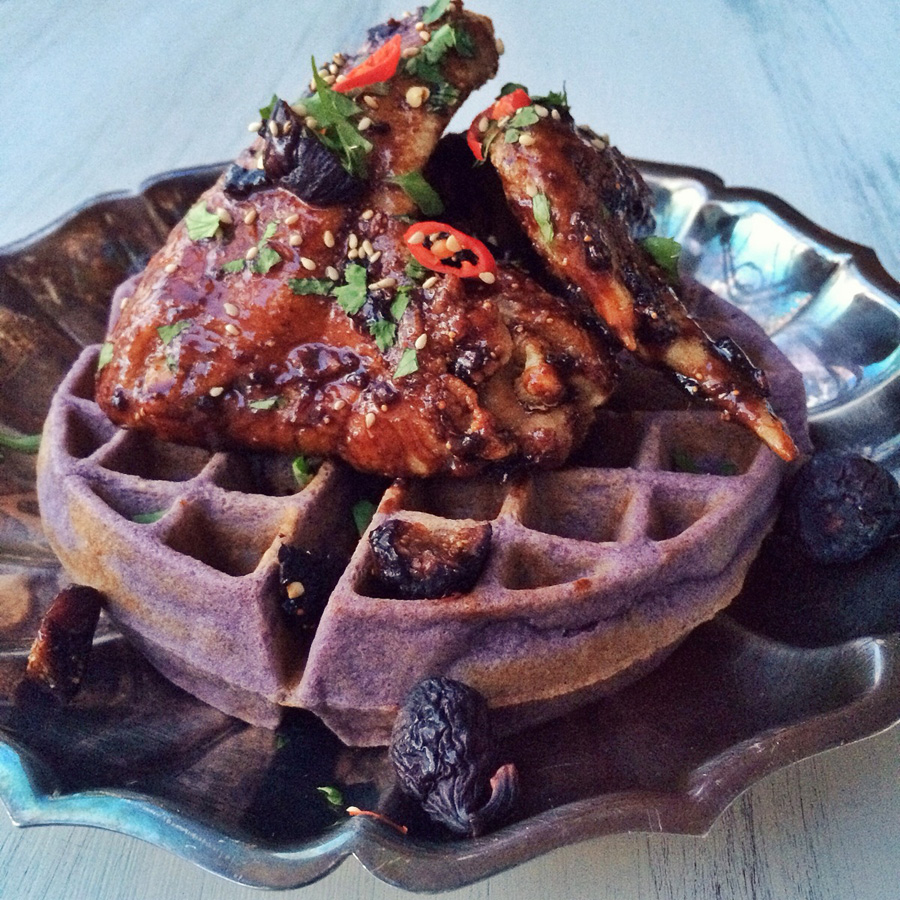 In early July 2017, Elite Daily called ube the “new matcha.” The two are fundamentally different food: one is powdered green tea with roots in Chinese and Japanese tea ceremonies, the other is purple yam (often sweetened and turned into a jam) native to Southast Asia.

There’s nothing inherently wrong with ube—or matcha, or hummus, or curry—becoming more embraced in other parts of the world. Good food is good food, after all. Things become trickier when identities become conflated with a singular “exotic” dish, or when the best (and most expensive) “authentic” restaurants are managed by white chefs who spent a summer in the jungles of [insert “exotic” locale], bonded with the kind-hearted natives and wanted to translate their earth-shattering consumption of cuisine and culture to the plate. Bell Hooks writes in Eating the Other: “[i]n many ways, it is a contemporary revival of interest in the ‘primitive,’ with a distinctly postmodern slant.”

Sure, the cheapest way to another culture is through the stomach, but food only scratches the surface—especially when the surface is paved by Instagram grids and glittering generalizations. Food is often stripped of its rich and delicious history and becomes ornamental, reduced to its “rarity” and its #aesthetic. When our food becomes the next hip thing, it paradoxically becomes Distinct and Other and New while being shoved into a vacuum where nothing from that culture exists except that dish.

At a conference in the United States, one delegate approached me and asked me where I was from. “Oh, you’re the from the Philippines?” she beamed, “I LOVE DRIED MANGOES.” The food-as-culture phenomenon dragged on as I began university there. An immigration officer asked me why I didn’t bring packs of Maggi Magic Sarap with me. Someone launched into a monologue about how they loved Jollibee so much. What was I supposed to say? Thank you for being “cultured”? I love Jollibee too?

This is coolonization—taking food from the Inferior Other, making it the next fad, then discarding it once a more vibrant, more “exotic” ingredient is ripe for the picking. Extra points if, in between, “exotic” food becomes a spiritual experience (unspoiled and natural!) or an Adventure of a Lifetime (see: balut, durian).

Okay, so maybe these people were only trying to make a connection, because food is safe. Food is welcome. Food isn’t divisive like politics nor is it as as overtly offensive as “Why do you speak English?” We all get some kind of pleasure out of stuffing our faces. Plus, shouldn’t I be flattered that people love that jolly red bee as much as I do?

But the issue is larger than “oh, god, people are eating our food.” It’s about how they consume everything else. See: Magellan and spices. See: the English and tea. See: literally our entire history of being passed from one colonizer to the next. This is coolonization—taking food from the Inferior Other, making it the next fad, then discarding it once a more vibrant, more “exotic” ingredient is ripe for the picking. Extra points if, in between, “exotic” food becomes a spiritual experience (unspoiled and natural!) or an Adventure of a Lifetime (see: balut, durian).

To consume food is to always consume the people behind them, and, in many cases, means chewing them up whole, and spitting them out only when something more exciting presents itself. Today, it’s ube, “the new matcha,” ready to stain the internet a bright, vivid purple—the color of a bruise.

Photos from Rosie Eats and the Donut Hunter
By Teresa Naval

SHAREWelcome to The Sound Pool: a collaborative column between the semi-anonymous founders of...

SHAREMoon Mask’s precursor to their upcoming EP landed yesterday. Their track “Boulevard” is...