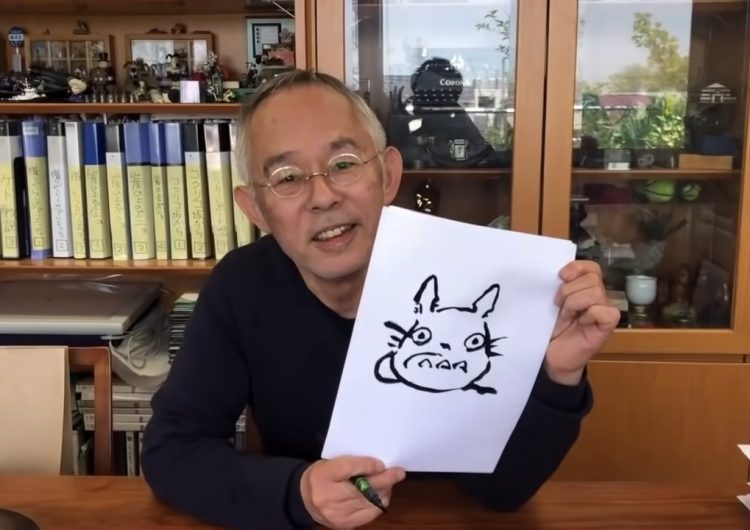 Studio Ghibli fans, your blessings are plenty. With Ghibli films made available on Netflix, a 38-album stream of their songs and a documentary on Hayao Miyazaki himself, the content is bountiful. Now, you can add drawing lessons from a Studio Ghibli pro to the list.

Last May 1, Studio Ghibli producer and former president Toshio Suzuki released a video on YouTube encouraging people to draw at home. He then showed us how to illustrate the lovable Totoro from the 1988 film “My Neighbor Totoro.”

Suzuki’s best tip? Draw Totoro’s eyes as big and far apart as possible. In Japanese, he also encourages people to draw from home. The video is made to encourage Japanese children to stay indoors, but we’ll take the advice too.

If you’re looking for more Ghibli content, here’s a collection of Zoom backgrounds based on their films’ iconic locations. Now’s a great time to set up a Studio Ghibli-inspired Zoom art therapy session with your friends.

Watch the tutorial below:

SHAREWhile most of us struggle to look for opportunities to earn from home,...

SHAREI believe I am part of the minority when I say I love...