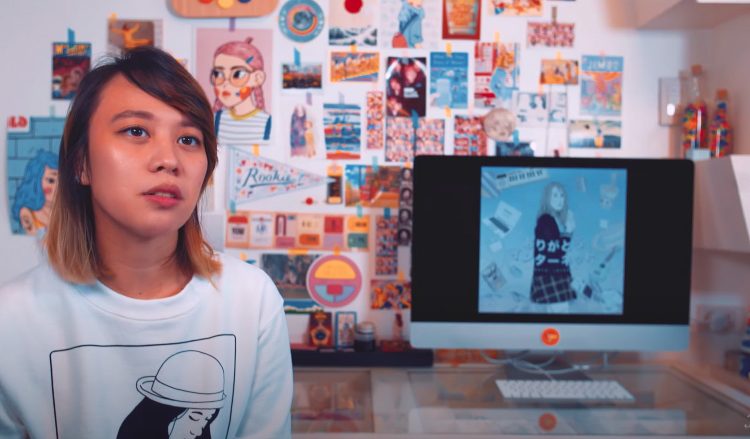 If it’s not about things they feel deeply for, songwriters mostly write about stuff that tickles the hell out of their fancy. Mystery brings greater gravity, after all—and for Reese Lansangan’s case, it turned out bigger than she imagined.

Today, May 20, the “Tenderfoot” singer-songwriter Reese Lansangan took to Twitter in sharing her disbelief over her new listener: NASA. “When a song about space & exploration 7 years ago makes it to NASA,” she says. “I am OVER the moon (pun intended) and I don’t think I’ll ever get over it.” This was quote-tweeted with NASA’s recent video for their #LaunchAmerica campaign, in support of astronauts Bob Behnken and Doug Hourley as they join SpaceX’s Crew Dragon spacecraft.

Here’s to endless discovery ? (& the hope that my music makes it to the ISS too!)https://t.co/BJMNuf0hWc https://t.co/M2QvW88jLy

Lansangan’s “A Song About Space”—a track off her debut album “Arigato, Internet!”—plays throughout the 57-second video. We can even spot her at the beginning of the video, singing the well-loved track with her trusty guitar. Who knew that her “open letter to the universe” would actually reach somewhere very close to it? Now, excuse us as we vouch for “An Opportunity to Go to the Moon” to land on NASA’s playlist next.

Read more:
How I ended up as my favorite artist’s road manager
This NASA intern discovered a planet on his third day on the job
Here are some local UFO sightings throughout history, for your tinfoil hat thoughts

Still from “A Song About Space by Reese Lansangan: Dissecting the Song”

SHARETo say that streetwear is polarizing is an understatement. Not only has it...