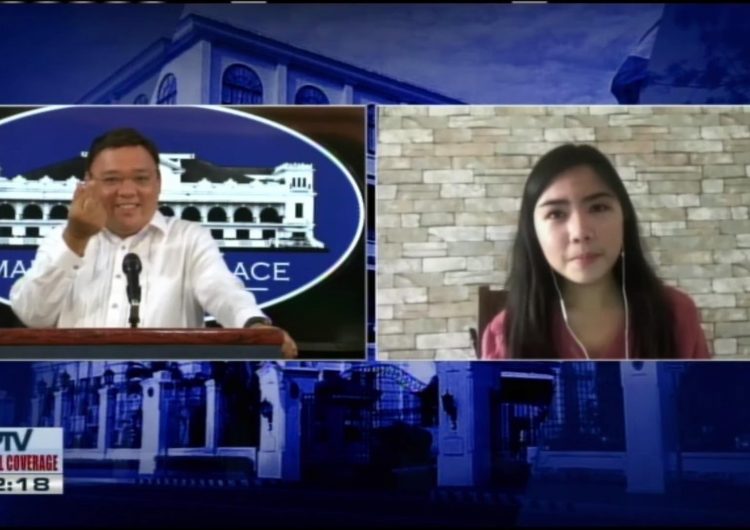 In today’s Palace briefing, Presidential Spokesperson Harry Roque made peace with CNN reporter Triciah Terada—not with a public apology, but with a peace sign and a “finger heart.”

Terada did not write the article in question, and was cut off from defending herself and asking Roque further questions.

After the incident, CNN released a statement upholding the accuracy of the published article in question. “It is likewise regrettable that Ms. Terada was not given a chance to challenge the allegations made against her and defend herself from the public attack that could harm her reputation as a journalist and a professional,” read the statement. “Secretary Roque also said that only CNN Philippines reported about the issue but in reality, other news organizations carried the story as well.”

The National Union of Journalists of the Philippines (NUJP) also released a statement calling for Roque to apologize to Terada. “Officials who earn public ire for their pronouncements should not blame journalists who are merely doing their jobs,” read NUJP’s statement.

[Statement] NUJP to Roque: You owe CNN and Triciah Terada an apology

Presidential spokesperson Harry Roque owes CNN Philippines and its reporter Triciah Terada an apology for his boorish and, as it turned out, misbegotten tirade.