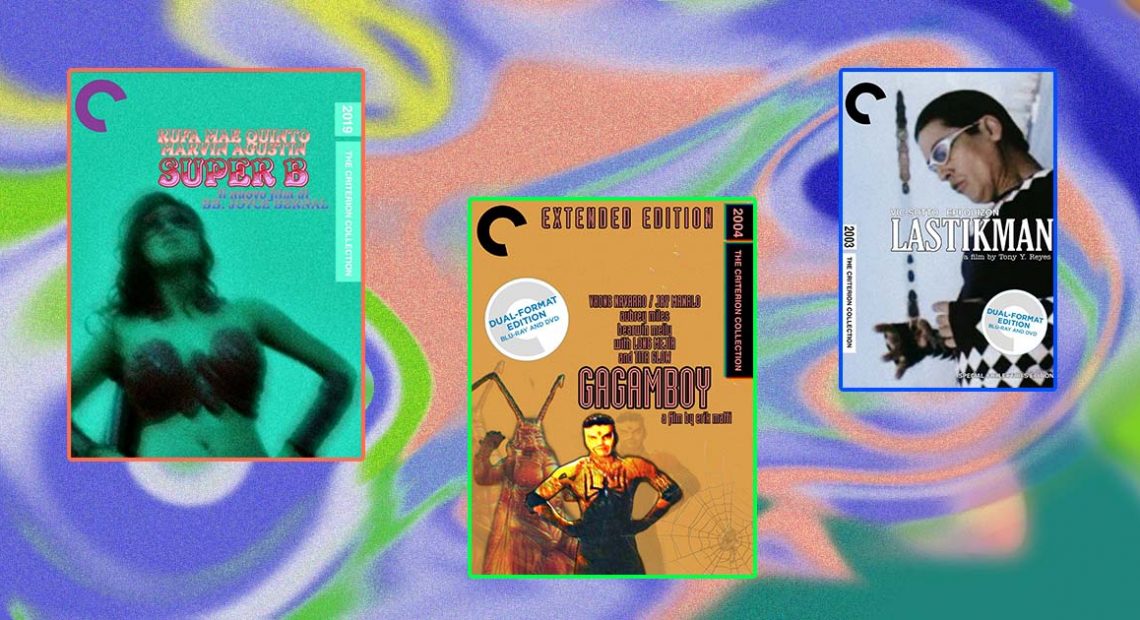 When we think about Criterion Collection films, we think about critically-acclaimed classics and contemporaries. These movies have—according to both panelists and audiences—either changed the course of their genre, bagged awards from one competition to another, and sparked a cultural reset of sorts. Love it or hate it, a film buff’s luxury lies in this well-curated collection.

But what would Criterion films look like in a parallel universe, though? The search for this birthed “Criterion Collection’s Discontinued Film Releases,” found in the polarizing world of Facebook.

Shamelessly funny and awfully creative, Criterion DFR reimagines Filipino films and a couple of foreign flicks through tweaked posters, married with believable filmmaker reviews and footnotes. This is the only place where you can see Quentin Tarantino talk about “3pol Trobol” and the 19 remaining copies of “The Mall The Merrier.” The Japanese version, that is.

While scrolling, you’d even chance upon a couple of film stills being dissected in Pantone palette fashion. And that’s when it hits: Is this really a Facebook page or a fever dream? One thing for sure is you’ll never see a movie the same way again. Take it away, Supahpapalicious.

Before this “Meant to Beh” poster on steroids haunts the hell out of us, we decided to hit up Criterion DFR’s mastermind Dan Manjares on the origin story of this trippy hub of good ol’ imagination.

Can you tell us how the idea of creating Criterion Collection’s Discontinued Film Releases started?
The idea started when I saw a post of Darryl Yap addressing both of his critics and audiences alike of their supposed ”bashing“ on his latest short film, “Ayuda.” I am a critic of Yap way back in 2018. From the looks of it, he didn’t like criticism at all (or I’m just assuming it), we even clashed when he messaged me on my post.

But two days after the release of “Ayuda,” I got tired of saying the same old criticisms on his films, so [I thought], why not give him what he deserved? I downloaded a poster of “Jowable” and gave it the Criterion treatment. I know the concept isn’t new, the meme started way back in 2010, but for Filipino films, no one actively created Criterion edits for subpar Pinoy films in our cinema before I created this page.

Do you run this page on your own, or do you have a team behind this?
I originally created the page and its contents on my own. I have a dozen editing apps here on my phone and it helped me achieve the Criterion look those films “deserved.”

After three days of running the page, I started to look for moderators and a guy named Lean Delima messaged me and showed me his edits. It was hilarious, so I hired him. Then my brother, Ariel Joseph Magana, is in charge of the color palette screengrab meme to balance the content on our page. We are not searching right now for additional content creators, but folks can always pass their fan submissions through private messages.

How do you choose the films to be featured on Criterion DFR?
We choose Filipino movies that we think are the complete opposite of the Criterion Collection’s criteria. That’s the joke. But what really sells the picture is the accompanied write-ups and quotes from famous filmmakers all over the world voicing their love for that movie. Hell, the write-ups all sound serious that even director Tony Y. Reyes believed that his movie, ”Boy Tokwa: Lodi ng Gapo“ was praised by none other than Francis Ford Coppola for being a ”great gangster movie.” Jose Manalo’s relatives even messaged the comedian about the praise they received from Coppola himself. We were dying from laughter when we saw that. To Jose and his relatives and to Direk Reyes himself—we apologize. You just got prank’d.

SHAREDespite news that graduation rites are indefinitely postponed for this year’s graduates, no...

SHAREHarassment is a sad reality we have to consider during our daily routine,...

SHAREHolding hands is the most basic display of public affection, but it remains...