As with any developed area, the street art of Metro Cebu pervades its corners and finds its way to main roads. Cebu is labeled the oldest city in the Philippines, but it’s one filled with urban modernity, signified in the art that lines its streets. Even its jeepneys, shaped differently from their Manila counterparts, appear like mobile canvases embodying the city’s culture with amazingly spraypainted bodies that would put any “Pimp My Ride” auto revamp to shame.

Street art chooses the city as its domain, as the hub of the powers-that-be and as symbols of economic and political might, now defaced by the oppressed through artistic revolutions occupying the streets. The street art movement finds its roots in 1970s New York, born out of hip-hop’s graffiti. Originators like Keith Haring, Jean-Michel Basquiat, and Futura 2000 painted the city with anti-establishment messages that pushed corporations off their pedestals. Much like the ethos of hip-hop, the movement placed its communities in the spotlight.

But as street art and the cities that contain them develop, so have the very corporations they fight against. With the street art movement gaining ground, establishments have caught on, so much so that it has led to its appropriation in ads. Street artists are then commissioned for commercial work—and for all intents and purposes, this co-opting has worked. In an article that appeared in In These Times, advertising psychology professor Francesca Romana Puggelli claims that these ads are effective precisely because they don’t look like ads. “Consumers, particularly younger people resistant to traditional advertising, don’t think ‘what does this mural want from me?’” she says. 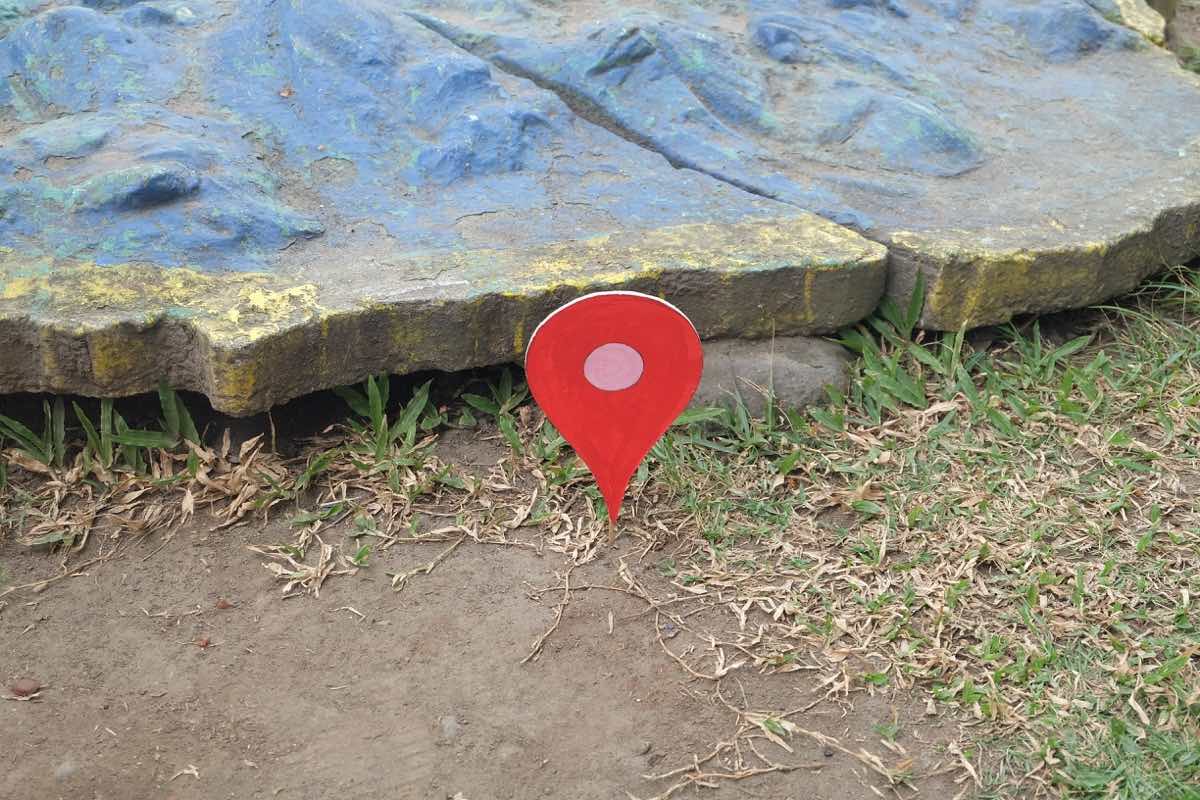 Street art is in its early stage as an art movement. Society is accepting it, but mainstream reactionary society will appropriate it.

For a bustling metropolitan like Cebu, falling into the traps of commercialism seems like an inevitability. But amid crowds that pander to consumerists come groups that stand firm against the tide, pushing critical thought to the forefront of street art.

One such group is the koloWn collective, an anonymous street art group that started in 2007. They adapted their name from Colon, the oldest street in the Philippines found in downtown Cebu that sought to honor its namesake, Christopher Columbus. For koloWn, their name played into the idea of colonialism, as they reclaim Cebu’s streets by “kolown”-izing its spaces through their art. 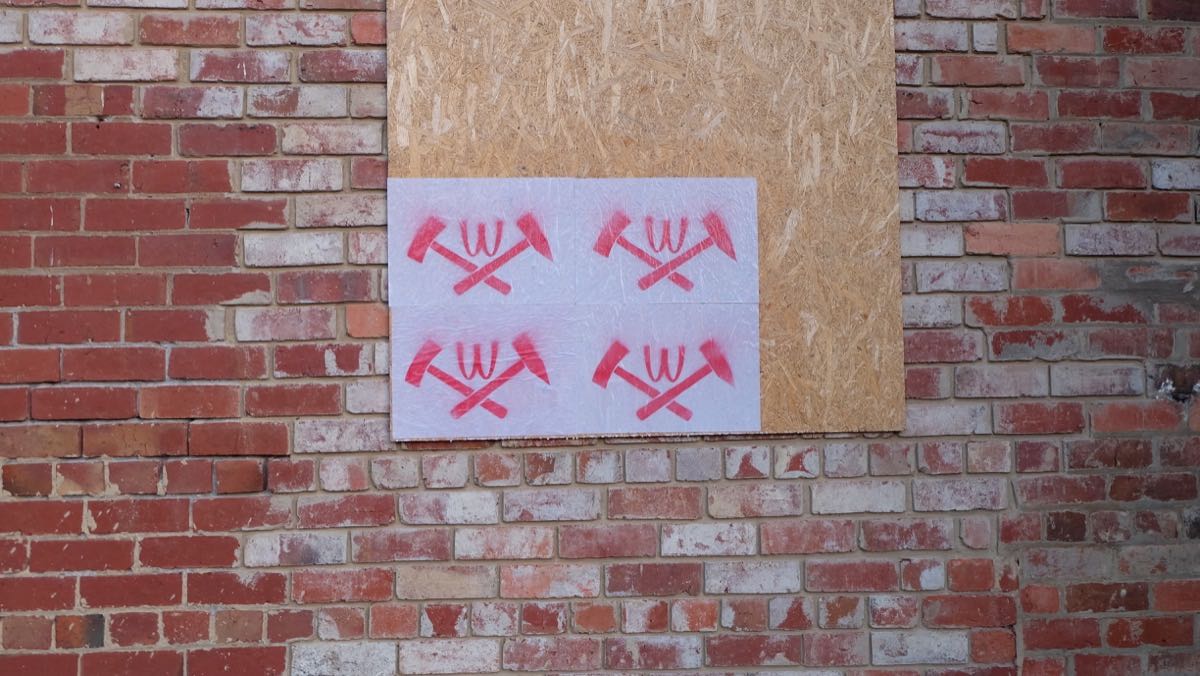 Their logo draws attention to anti-commercialist implications: a crossed hammer and pickaxe, where an upside-down version of the Golden Arches lies in between. When asked about its origins, koloWn replies, “People were giving [fast food] coupons in a mall when we were conceptualizing for a painting. We made use of the image and contrasted it with rural imagery,” they explain.

Their friends picked up on its possible critique of colonialism, although that wasn’t koloWn’s intention at that time. “We got into street art because of the lack of space for exhibitions in Cebu during that time, but along the way, we discovered its freedom and spontaneity.”

koloWn finds random objects in streets, turning them into something new and transformative, be it burlap sacks filled with trash wrapped with a bow or banana peels on posts beside their spraypainted insignia. “We see the street as one of the spaces for our intervening works,” they say. For the first part of the last decade, koloWn was focused on putting their name out there—and quite literally—through posters and graffiti around the city. 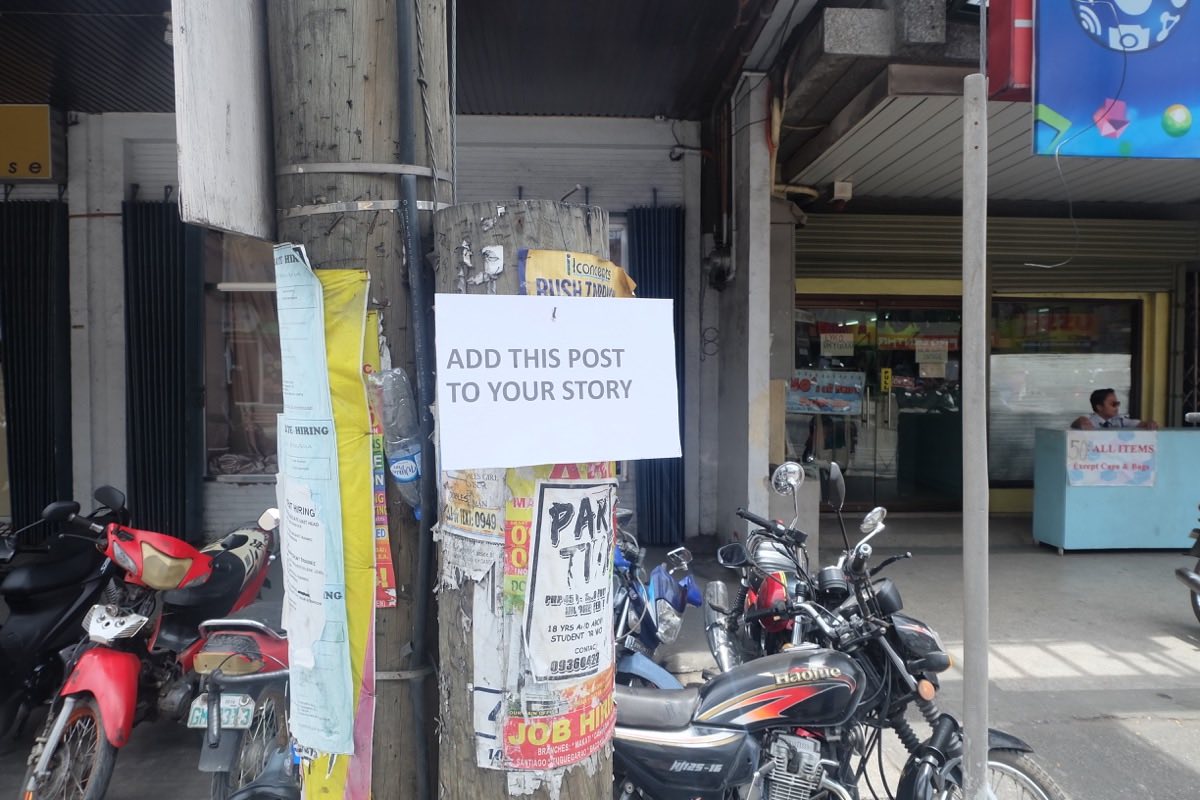 For a collective running for 13 years and counting, they have witnessed the growth of street art in Cebu. “The aesthetics are more accepted and [street art] has become mainstream now. You can see the style bleeding into galleries and café murals,” koloWn says. “Street art is in its early stage as an art movement. Society is accepting it, but mainstream reactionary society will appropriate it.”

“Street art and street artists today are employed to accelerate the process of gentrification.”

Finding murals in commercial spaces is indicative of this appropriation, a product of the Instagram age where artwork serves as photo backdrops. While work gains mainstream exposure, the tenets of street art are put at risk. “Recognizing street art’s potential to draw money to an area, city governments and business communities have exploited street art aesthetics and apparent cultural capital as central to generating commercial activity,” says the Street Art Museum of Amsterdam. “While, once again, ignoring street art history as anti-advertising, cultural criticism, and social activism.” 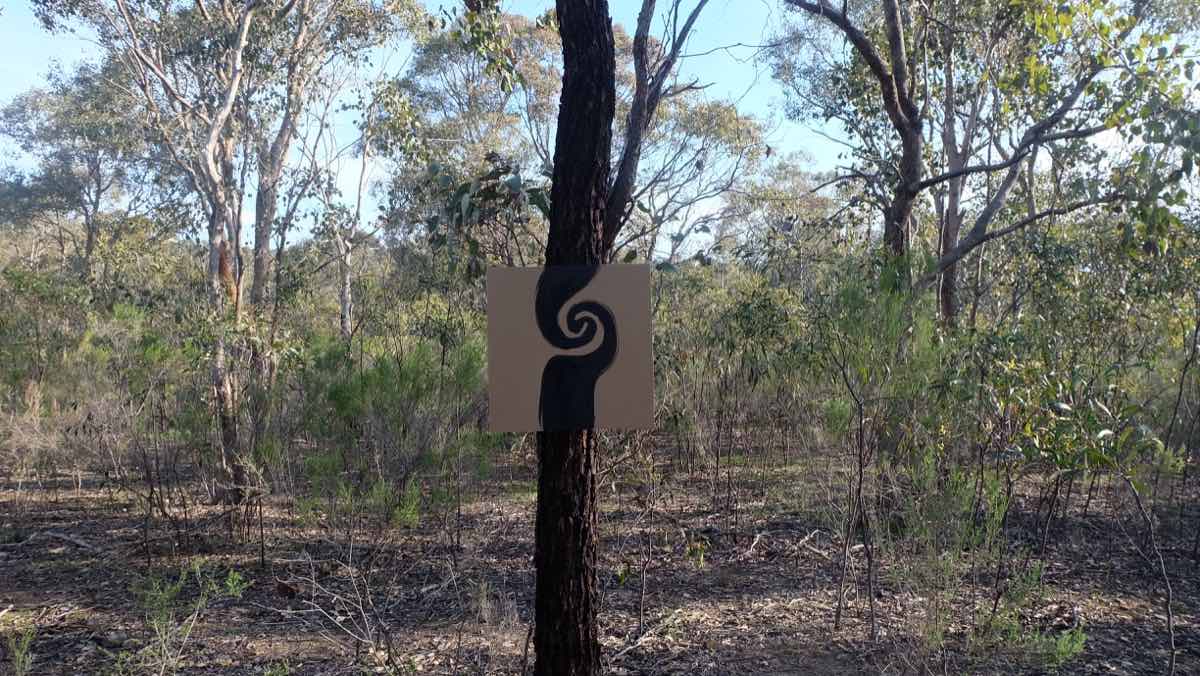 An installation from the series “Uling”

Co-opting street art meant that the mainstream benefited from the favorable part of the movement—the aesthetic— without having to acknowledge the gritty side of it. On one end, graffiti meant vandalism and urban decay. Consumerism can shrug this off, drawing on the so-called good sides and taking advantage of a cultural movement.

“This might be the end of street art’s countercultural essence when the big corporations are starting to use it for their ends,” koloWn says. “In the last decade, we’ve seen a lot of issues arise on that topic. From Shepard Fairey and other big names supporting an election campaign to street art festivals funded by property developers, they result in the movement being involved in gentrification. Big brands have also used street art as a backdrop for their commercials without artists’ consent.”

As for those artists who accept commissions from big brands, selling out is another contentious hot topic. “Artists need to live, so it’s hard to comment on some artists doing corporate commissions,” koloWn says. “In a way, if we are not part of the one percent, [it’s like] we [have to] sell out. As long as capitalism exists, any countercultural movements in the future will be subjected to it.” 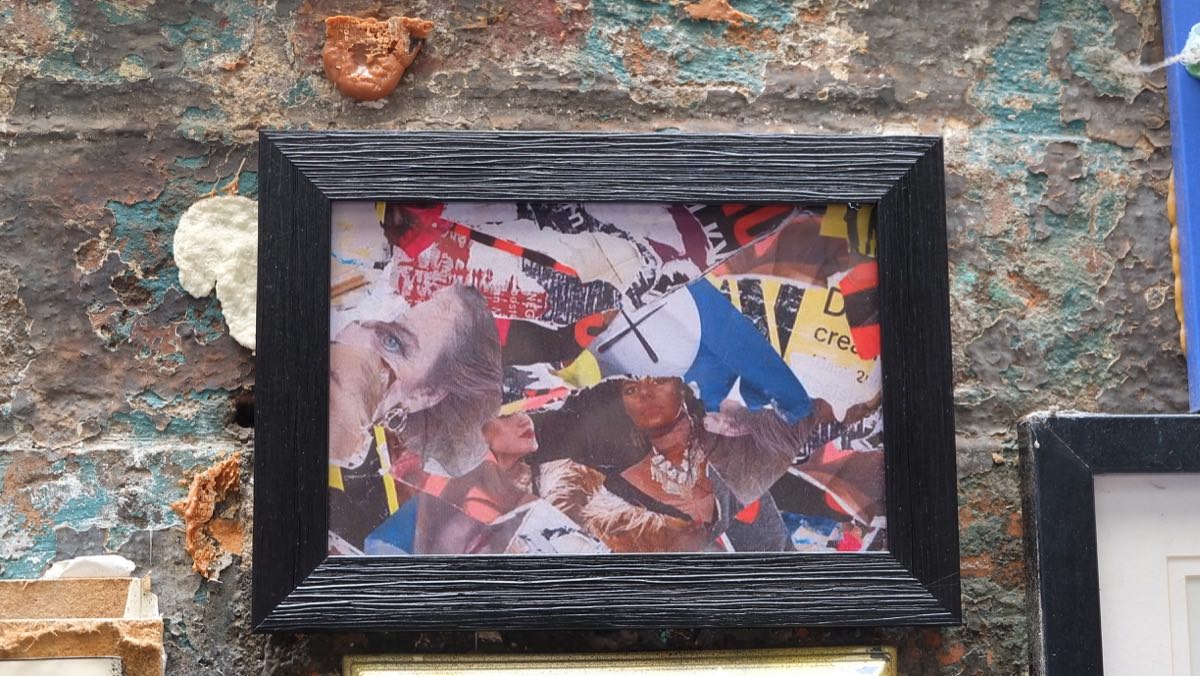 A printed output from the “Brunswick” series

In a piece for The Conversation, academic Rafael Schacter mentions that corporations commission artists as a way to draw creatives to economic hubs, creating a false sense of authenticity in urban spaces and using it as a way to build wealth underneath it all. “Street art and street artists today are employed to accelerate the process of gentrification,” he writes.

Artists continue to toe the line between selling out and keeping it real. For some, commercial street art isn’t something that could be resolved overnight—but as the Street Art Museum of Amsterdam says, we as consumers play a part in pushing its misuse just by participating in it, one Instagram shot at a time.

Still, with collectives like koloWn, art continues to fight The Man the same way—with works that dare to criticize, despite whatever corporation appropriates their movement. As for what koloWn thinks the future holds for Metro Cebu and its street art scene, it’s as much of a mystery as anything else.

Read more:
Barely illegal: Street art has copyright too
Pilipinas Street Plan and the state of local street art
The many meanings of ‘giatay,’ explained in this Art Fair exhibit

SHAREBy Nico Pascual Image: CultofMac Twitter is doing all that it can to...