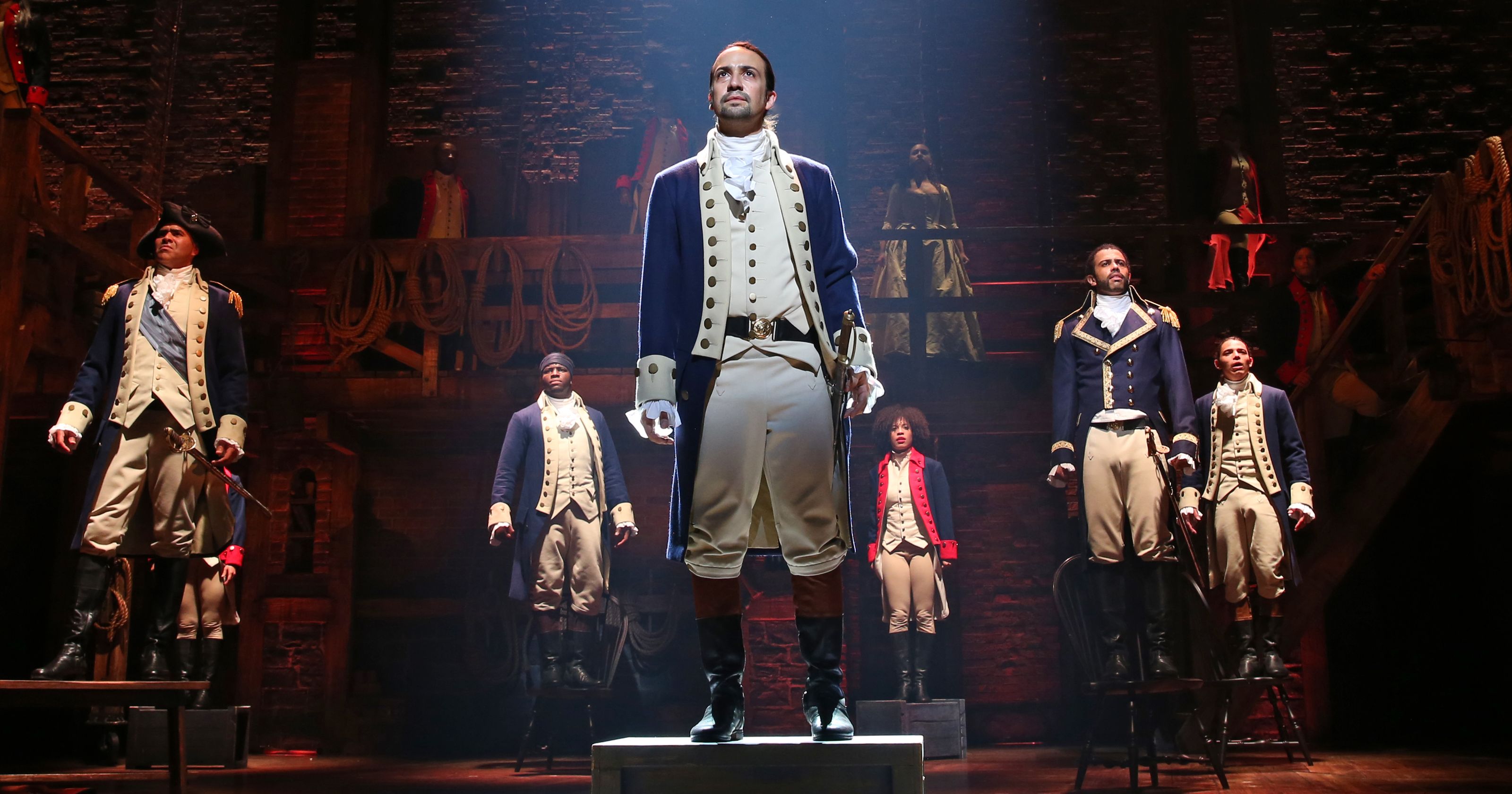 How does a bastard, orphan, son of a whore, and a Scotsman dropped in a middle of a forgotten spot in the Caribbean become an icon halfway across the world? From Twitter commentaries on Philippine issues with a healthy dose of memes and pop cultural criticism (check out #Ham4Halalan for electoral coverage, #Ham4Kalayaan for flash fiction, and #Ham4CHExit for the recent West PH Sea ruling) to the Broadway cast singing in Taglish, the award–winning musical has already sunk its teeth into the Filipino consciousness. Here are four reasons why.

A humble blacksmith battling the supreme forces of evil. A former mechanist running in—and winning—the 1953 presidential elections. A ragtag football team taking on the world. And now, Alexander Hamilton, who “was longing for something to be a part of,” ready “to beg, steal, borrow, or barter.”

Underdogs appeal to us because we see some version of ourselves in them, in their struggles, in their success. At worst, the underdog effect is populist rhetoric to get us to consume goods or vote for certain platforms. At best, however, it shows us that we, like Hamilton, can overcome tragedy, rewrite the game, have history’s eyes on us.

Plus, the zero-to-hero narrative is the perfect backbone for a musical, because…

Hamilton tells the story of the eponymous Alexander Hamilton, forgotten American founding father, through an unlikely mishmash of hip-hop and period costumes—definitely not your lola’s historical play. But it’s also show creator Lin-Manuel Miranda’s love letter to the art of writing. Philippine history is rooted in the power of words, from Rizal’s Noli and Fili to street protest theater during and after the ’70s.

And music takes the power of words even further. Hamilton’s life story is gripping in its own right, but setting it to a swelling soundtrack allows it to transcend its specific context. Music makes the tale at once universal and open to viewing through our own personal experiences: Overseas Filipino workers finding comfort in the line “in New York, you can be a new man” or waiting for #CHexit updates while listening to “The Room where It Happens.”

Hamilton is about history, yes, but it’s also about us, now; how we imagine and reimagine the past, how maybe things haven’t really changed, how we can hope to make a better future for ourselves. There’s a bit of discord at first when you look at Hamilton and friends dancing as if they’re at a club down the street, or when you hear any of show’s spitfire raps, but the discord is exactly why showgoers leave the theater thinking about contemporary issues.

The hip-hop doesn’t sever the source material from the audience—in fact, it amplifies the connection. We’re engaged because we understand the Jay Z, the “Empire State of Mind,” the Drake, the Beyoncé. We even remember Francis M, Quest, and Gloc9, draw parallels between Hamilton’s squad and friendships in Filipino rock bands.

When Heneral Luna hit theaters last year, we were also similarly invested, because Heneral Luna was not painted to be so far away from everyone else. He had faults. He had feelings. He cracked jokes. We saw then a revisited history that wasn’t a litany of facts from textbooks.

There are many musicals about imagined histories, the most obvious choice being Les Misérables, but these musicals showcase pasts so distant that we can exit the theater, pat ourselves on the back for watching two hours of people singing about pain and suffering in France or London or Vietnam, and go on with our lives. Maybe buy a fridge magnet or something.

With Hamilton and Heneral Luna, we don’t have that liberty. Both hit close to home, and enable us to bring parts of history with ourselves when the cast recording is over or when the credits roll.

The world of Hamilton is populated by people of color, America’s forgotten inhabitants who have turned the country into what it is today. History, often written by white men who “discovered” America and”‘discovered” the world, tends to forget the murder of Native Americans, the plight of Asian immigrants, the enduring legacy of the African slave trade. Eliza Hamilton sings of putting herself “back in the narrative,” and the show is doing the same by portraying “historical” America in the eyes of contemporary America.

But what does this mean for us? Our country has been colonized for so long, and we still struggle against internalized imperialism and historical amnesia. Knowing our history as a people and as a country isn’t exactly the focal point of our educational system—take, for example, our political dynasties, our textbooks. It’s time for us to actively take a role in reevaluating our history.

While the cast of Hamilton sings that we have no control “who lives, who dies, who tells your story”, we are lucky that works like Hamilton have begun showing the world what truly matters—that we have a story worth telling.