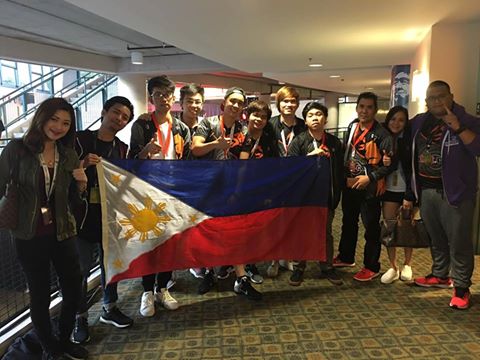 While the world is either watching the Rio Olympics or walking around in the street playing the latest gaming craze, gamers, particularly Dota 2 fans, are already awake, watching their childhood dreams of winning big in video games come to life in The International, the biggest esports event right now in gaming with over $20,000,000 in the prize pool. Every Dota 2 player may have their favorite but every Filipino is also rooting for the only team based in the Philippines that is still part of the competition so far–TNC Pro Team. People have been up since the early morning to catch the game streamed on Twitch.tv and Youtube Gaming, and the hashtag #LabanTNC has clocked in as the 5th most trending hashtag in the Philippines.

And for good reason too, because TNC Pro Team has gone where no other Filipino Dota 2 team has ever gone before: Top 8 in the competition. Not only that, but they’ve defeated arguably currently the best team in Dota 2: two-time tournament champions and crowd favourites Team OG in a 2-0 run. They’ve broke predictions and stunned the globe in what may be the biggest upset in Dota 2 history, and they walk away with a cool $500,000.

Esports may not still be included in the Olympics, but these athletes are making waves in the esports scene right now. Relatively popular in the local Dota 2 circuits with stints internationally, TNC Dota 2 team is the first Filipino team to make it this far in the tournament. After defeating the top team in the world, it’s safe to say that all eyes are on Marco Polo Luis “Raven” Fasto, Carlo “Kuku” Palad, Samson Solomon “SAM H” Enojosa Hidalgo, Nico “eyyou” Manalaysay Barcelon, and Viet-Am Jimmy “DeMoN” Ho as the competition continues.

Watch the replay of their winning play here:

SHAREAgape is an independent clothing brand based in Manila, and for their anniversary...