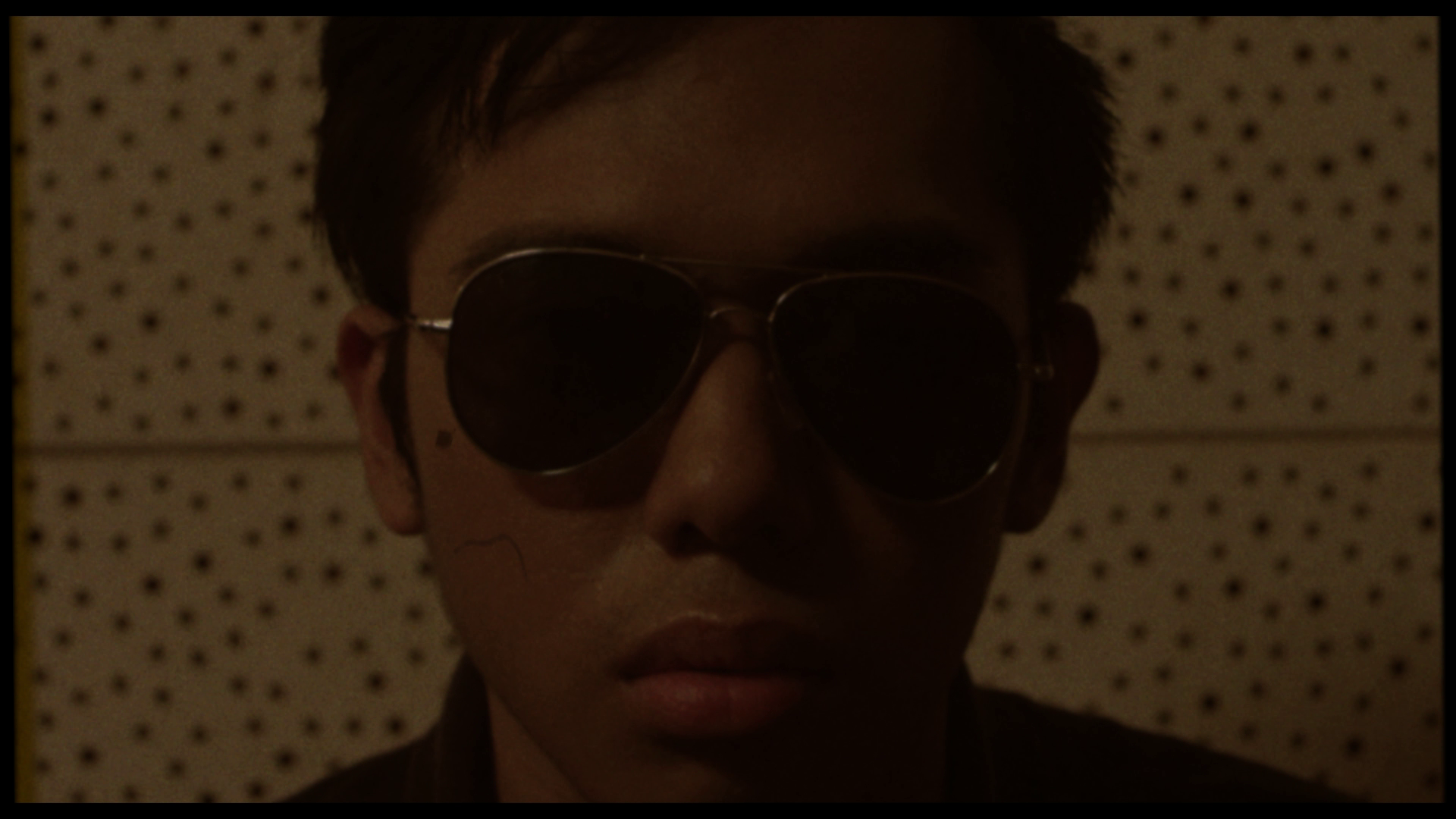 Mondays typically have a clear trajectory. I wake a few minutes later than I’d intended to, in search of the spirit necessary to power me through the rest of the week. I’ll find it in the shower, maybe, or at breakfast if I can manage to have it. Then, I’ll settle into an easy groove that will keep me working at my desk or wobbly table at some coffee shop for the rest of the morning. Wherever I choose to work, that groove will patter out, and I’ll typically lose the spirit I found earlier that morning by mid-afternoon.

This was when I met Richard Webb. Four in the afternoon on a Monday is a tough time to match for anyone, but in this respect as well as many others, the young filmmaker has cracked it.

At 21 and just about to graduate from university, Richard Webb has much more to his name than the associations with white America might conjure. With a moniker that’s more akin to that of a basketball player than a director of short films, the Richard Webb that sat across me that Monday afternoon was calm in manner, decisive with turns of phrase, and affected the kind of brilliance you’d expect from a man dedicated to the arts.

Barely a month since the announcement, Richard still seemed in quiet shock at the news of his short film’s acceptance into last May’s 69th Cannes Film Festival short film corner. Kulimlim, which was directed, edited, and cinematographed by Webb, is among the 11 short films created by local talents that were offered a spot in what international organizers tout as “the essential rendezvous for filmmakers.”

Before it earned Webb and two of his close friends a spot in the world’s premiere film festival though, Kulimlim had already played a pivotal role in the advancement of their careers. Without it, they would still be seniors in college. Webb graduated from the Ateneo De Manila University a couple of months back, earning a degree in communications. Perhaps it’s his chosen track, image and sound production, which equipped him to be the film’s director, editor, and cinematographer all at once. Then again, it could also be that he’s been primed for the job since childhood. “Ever since I was a kid,” Webb says offhandedly, “I knew I wanted to be a filmmaker.”

Kulimlim was submitted by Webb together with Paula Molina and Axel de Lumen as their thesis, a major requirement for graduation from their course. The short film follows Boy, a blind man, as he navigates through different conversations about life’s trivialities with strangers and friends. Through these conversations, Webb says, we see the way that our world and country is perceived by a blind man. Love, politics, and religion are but some of the frequently heavy themes explored in the film. “Daring. It’s very daring,” Webb declares when asked what makes the film a cut above the rest.

“There’s a formula to everything. Always a pattern,” Webb says of traditional mainstream films. He mentions that what he’s talking about is neither an aesthetic nor a particular failure of Hollywood films. “It’s just the way mainstream film is,” he says decisively.

[pull_quote]For Webb, counter-cinema is an experiment that allowed for a unique narrative to unfold. Asked to describe the events of Kulimlim from a bird’s eye view, he says, “a bunch of things happen, and then it ends.”[/pull_quote]

Where the majority of films attempt to incite a mix of aural and visual pleasure in its audience, Kulimlim simply tries to tell a story. To that end, the film takes no precautions to make sure that the audience is comfortable, often being incisive to the point of provocation. Kulimlim is a practice in counter-cinema, a filmmaking technique that University of Washington’s Michael Goldberg calls, “an alternative to the discourses that mainstream cinema helps construct.” For Webb, counter-cinema is an experiment that allowed for a unique narrative to unfold. Asked to describe the events of Kulimlim from a bird’s eye view, he says, “a bunch of things happen, and then it ends.” Heavily influenced by French filmmaker Jean Luc-Godard, the 28-minute film is many things, but it is not safe.

Webb and his group mates had submitted their film to Cannes after receiving word that Agos: the Manila Dream, another thesis entry by fellow Ateneans Lyka Gonzales and Yumi Catabijan had been accepted into the short film corner a year earlier. He recalls filling up all the required forms for submission on the day before the deadline and finding out that entries were required to have subtitles. Webb scrambled to hardcode the subtitles of the dialogue-heavy film and sent off the file. That was but one of many sleepless nights editing.

When asked how three college kids managed to pull off a Cannes catalogued film, Webb draws it up plainly to hard work. In fulfillment of requirements made by the academe, Webb, de Lumen, and Molina crafted everything from the script to the editing. This was all done together with heavy research that was required to back up the methods and insights used in the film. During the grueling semester-long process, Webb and his group constantly had to remind each other to “keep pushing harder to achieve the vision in our heads.”

It was beginning to get dark by the time my conversation with Richard Webb came to a close. I hadn’t realized it, but the typically glacial pace of the afternoon had sped up with Webb’s composed enthusiasm. I asked him, before he stood up to leave, how he’d known at such an early age that he wanted to be a filmmaker. Laughing, he mentions Ang Lee’s Hulk. “It’s a really terrible movie,” he says against a wide grin, “but I was so amazed by it. I want other people to feel the way that I felt then. There’s a magic to film – it speaks to you, somehow.”

It was clear then that the guy who was sitting across me, with his t-shirt and tangled hair, was fuelled by ambitions of something grander than fame. He only wants to tell you a story.

SHAREBy Pat Villoria There’s something different about the people I usually eat lunch...

SHAREWe’re all well aware of the ongoing battle of fake news in media,...