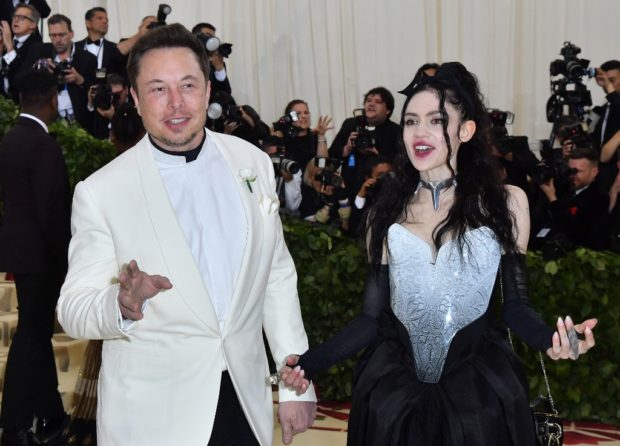 (FILES) In this file photo taken on May 7, 2018 Elon Musk and Grimes arrive for the 2018 Met Gala, at the Metropolitan Museum of Art in New York. - Elon Musk's girlfriend has given birth to the couple's first child together, the outspoken Tesla chief announced on May 4, 2020. Musk, 48, has been dating the musician Grimes since 2018. (Photo by ANGELA WEISS / AFP)
SHARE

Before we could figure out how to actually say the name, Elon Musk and Grimes have apparently changed their newborn baby’s name. Um, goodbye, “X Æ A-12,” hello, “X Æ A-Xii?”

Early this month, an article by Dazed reported that “X Æ A-12” won’t be considered valid in California, as it won’t accept names with numbers or symbols as valid. Musk and Grimes reportedly live in the state.

Because of this, curiosity (or concern?) flooded the “Delete Forever” singer’s Instagram post recently. In the comments section, it seems that the singer has revealed the baby’s updated name.

We have spilled too much blood and not enough wine

Someone asked: “Did you change the baby name because of Californian laws? What is the baby’s new name?” To which Grimes replied, “X Æ A-Xii.” Another fan commented, “Nice! Just removed the numbers to conform to California law.” Grimes replied, “Roman numerals. Looks better tbh.”

In a report by Business Insider, Grimes shared that the “12” in their baby’s name stands for a type of CIA aircraft known as Arcangel. Well, the meaning stays—some people just don’t read letters in Roman numerals in this era, I guess.

SHAREI was sick when a bishop harassed Ariana Grande in everyone’s full view...

SHAREIf we penned an article to reveal our inner Swiftie, Fr. Richard Ang,...