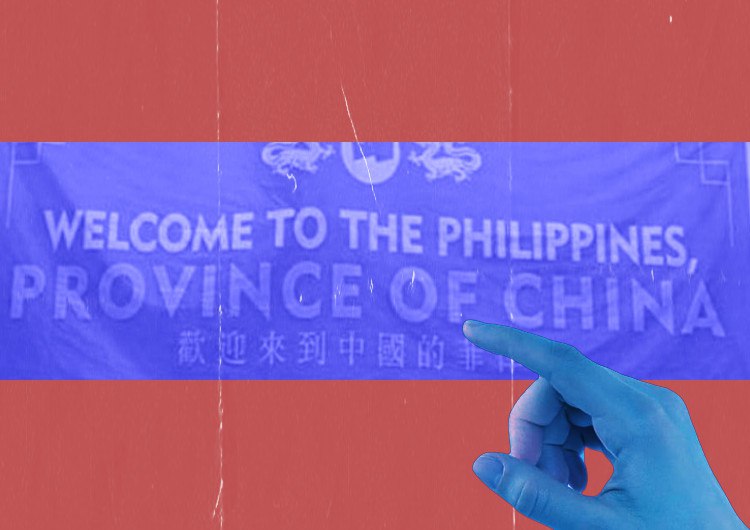 We’re a few days away from Independence Day. Though our democracy has been rather shaky, we definitely don’t need another in-your-face reason to doubt it.

On Tuesday, June 10, top defense officials of the Philippines gathered on Pag-asa Island to inaugurate a cemented pier or a “beaching ramp.” This would aid in the delivery of materials used to make repairs on the island, according to Inquirer. ABS-CBN says this will also let its ships dock Pag-asa Island, whose waters were flocked by Chinese boats in 2019.

During the event, the ABS-CBN News team noticed the presence of Chinese vessels around the island. Defense Secretary Delfin Lorenzana says he did not mind this as long as Filipinos were not hurt or harassed, ABS-CBN says.

However, the plot thickens as both ABS-CBN and CNN Philippines’ news teams reveal the text message they received in the place. It starts with, “Welcome to China!”

That unforeseen greeting was prompting them to subscribe to a roaming data plan during their stay, says CNN Philippines. “To ensure that you stay fully connected with your loved ones while you travel, your all-day data roaming access is now only P399/a day, until July 31, 2020,” the first half of the text reads. Inquirer reports that the visitors received the message because of weak local signal, and phones picked up from the other country’s cell sites, apparently.

On the contrary, Lorenzana reportedly received a “Welcome to Vietnam!” text and suggested that we should also put up powerful cell sites of our own. So that, you know, we get a “Welcome to the Philippines!” greeting next time.

Pag-asa is part of the Kalayaan Island Group claimed by the Philippines. According to Inquirer, it forms a part of the Spratly Islands, which has been fought over by countries in the West Philippine Sea—including the Philippines, China and Vietnam. Today, June 10, President Rodrigo Duterte’s letter to Chinese President Xi Jin Ping shows how he aims to strengthen the (already very close) ties between the two countries despite recent trials. “We must forge on and ensure that the potential of our special ties is fully realized,” Duterte said.

SHAREWhether you’re an avid or casual gamer, the name Konami is likely to...

SHAREAll successful athletes have their own pre-game rituals. Actually, a lot of successful...

SHAREAt this point, we owe part of our sanity to the films available...