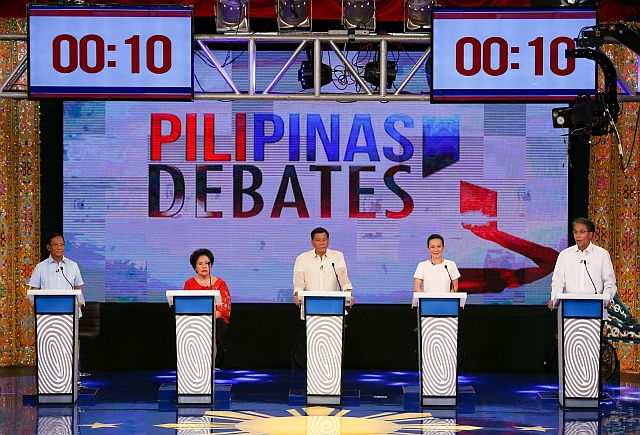 There’s something different about the people I usually eat lunch with.

Coming back to school for a short summer camp, we’re drumming up noise in the school café like usual.  It’s the same group of people, eating the same things, sitting at the same spot where we usually sit, yet things feel different. Maybe there was something off about the food we ate, or maybe someone messed with our drinks, but somehow we were talking about politics.

The usual sling of insults and slapstick comedy was replaced with banter about the government. Heated debates about Hollywood and the latest movies instead became about our presidential bets. Little by little, we lost interest in our lunch, and were consumed by our conversations completely.

Being seventeen at election season is frustrating to say the least. We’re so close yet so far, only to be cut off by the minimum voting age in this country.  We are too young to vote, that’s for sure. There’s nothing wrong with the constitution in that matter—but does that mean we’re too young to have an opinion as well?

Most people my age turn to social media to rant, vent and sometimes campaign for their own candidates. It is a bit futile when you realize that most of the people who see your posts are minors as well, but it won’t be for long.

There surely are some who look down on minors campaigning on social media. Some even scoff at the fact that we have our own presidential bets to begin with, but they have to get off their high horses. We’re supposed to be free to express our own version of an ideal leader, no matter how young we are. Unless you‘re from another country, no one should stop you from having an opinion on how this country should be run. It is a democracy, after all.

It should be natural to be responsible enough to care about who we’re electing as leaders in this country, especially since a growing percentage of voters are millennials. This season isn’t a time for us just to slack around, because soon it’ll be our turn. In a way, keeping up with the elections, and not just the Kardashians (though we’re free to do both) is doing our part as Filipinos living in this country.

Think of tweeting, posting, and voting on social media polls as an exercise, a practice before we’re eligible to do the real thing. Eventually, we’re going to grow up and we shouldn’t wait for a signal from others to take a stand on what we think is right. Of course we’re old enough to think for ourselves as early as now. Being young isn’t an excuse to be ignorant anymore.

So with our plates clean and the glasses empty, we head out of the cafeteria with buzzing anticipation for the coming elections. Right now, our opinions have little to no effect on the outcome less than a week from now, but it’s a truth we’ve already accepted. In three years some things will stay the same, but some will change too.

We’ll most likely continue to shout our opinions out into the throngs of social media, but by then, we’ll be able to vote and make a difference. Politics for lunch every now and then won’t be so strange anymore.

SHAREWoah, woah, woah—Is this for real? According to Digital Spy, yes it is! The second...