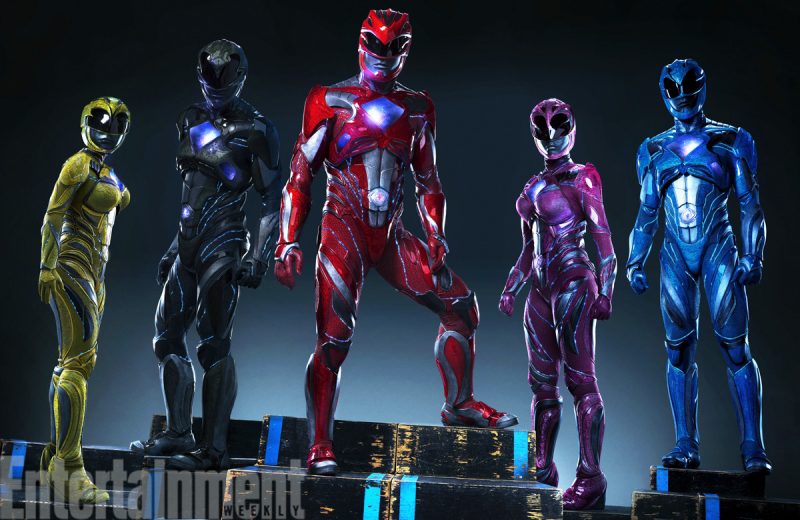 So we’re getting a new Power Rangers movie, right, and we’ve already seen Elizabeth Banks as Rita Repulsa. She’s green and everything, and that’s cool. We kinda dig the Poison Ivy thing. It’s a modern take, after all, and any update of Rita would be a good update of Rita.

But now we’ve just gotten our first peek at the new Power Ranger outfits. And, well…

Well, apparently it’s crystallized armor that’s made out of energy. “Ours is an alien costume that grows on them, that’s not man-made,” says production designer Andrew Menzies. “You can’t win everyone over, but we are trying to appeal to a more mature audience and gain new fans.”

Maybe it’s this particular promo photo, but it just seems too blue. Hopefully it looks a lot better in action, but we can’t say we don’t miss the traditional lycra-based jumpsuits. Anyway, Power Rangers morphs into theaters on March 4, 2017.

From graphic novel to Netflix series, Hilda taught us a thing or two...

SHARER&B band The Internet is a supergroup in its own right, composed of...