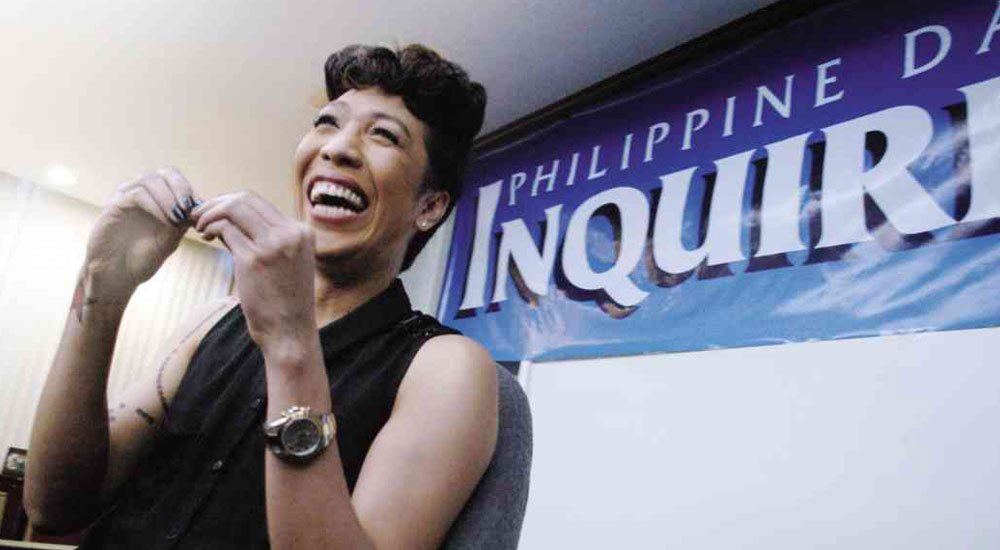 A classic element in low-brow Filipino entertainment is the flamboyant, shameless gay man. We all know the basic caricature–standing with hips cocked, pursed lips a bright fuchsia, comic relief as either the best friend or a part of the squealing extras chasing after the male hero.  The lesbian in a baggy shirt and cropped hair, grinning mischievously at every leggy woman they happen to pass.  An easy laugh.  Rarely are they written as well-rounded characters, but they’re always there, accessory or otherwise.

The same could be said about television programs that star gay hosts, pulling in hoards of viewers. Every Sunday night, thousands of Filipinos tune in to Gandang Gabi Vice, laugh at jokes that center around homosexuality.  It’s light, and even some of the most conservative parents nod along to Vice Ganda’s ostentatious dance numbers.  They’re used to the brand of antics that have been present in movies, television shows, and whatever else, as long as all of it is from a distance, of course.

Yet the same people who hoot and holler at the gay stereotypes in movies, who love Vice Ganda, are the ones who oppose LGBTQA+ rights.

Switch the channel from Gandang Gabi Vice to a political debate regarding gay marriage, and the atmosphere of the room considerably changes. Jaws clench. Breathing becomes strained.  The giggles at a funny anecdote about a man’s boyfriend abruptly stop once the notion of that boyfriend becoming a man’s husband is presented, and the conservative parents are suddenly reminded of their beliefs once more.  That time-out from their “traditional morals” has ended.

Perhaps because it’s hard for people to see gay people as more than extras in a television show.  To see them as actual people.  Who kiss, and love, and who perhaps want to get married, too.  Gay people for so long have only been portrayed as secondary characters, written in only to get a few extra laughs; the thought of them existing for themselves, beyond easy humor, tends to cause discomfort. Because they have been treated as jokes.

A 2013 survey entitled “The Global Divide on Homosexuality” conducted by the US-based Pew Research Center showed that 73 percent of adult Filipinos agreed with the statement that “homosexuality should be accepted by society.”  The survey showed that the Philippines was among the most gay-friendly countries in the world, despite the Catholic religion playing a big part even in the sociocultural aspect of our society. Yet, when Jonas Bagas, executive director of the TLF Share Collective, was asked if the gay community in the Philippines felt accepted, he answered, “Hardly.”

“I think that the study only reflects the perceived acceptance of the LGBT community based on the high visibility of gay entertainers. It’s acceptance [that is] contingent on how you fit the acceptable stereotype—the gay entertainer, the creative, talented bakla, the lesbian security guard,” he continues.  “Once you go outside these stereotypes, that’s when you encounter rejection.”

The crossover *I* was waiting for

SHAREHave you ever gotten so frustrated with a TV Series that it drove...