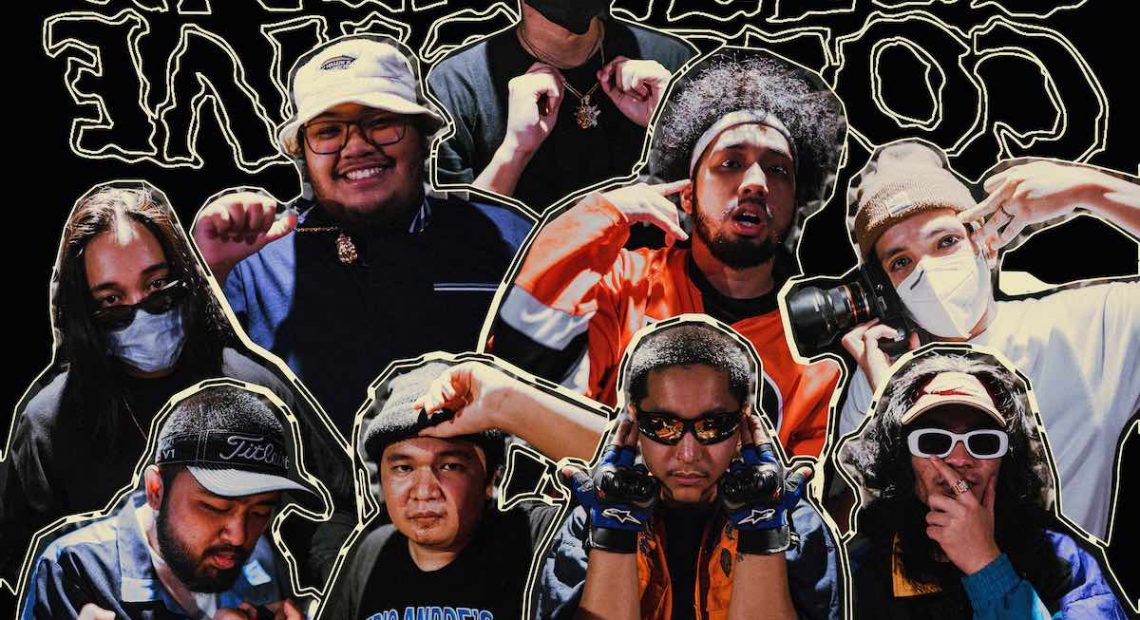 On the southernmost edge of the country, Unlabeled Collective is bringing a new wave of artistry. But out of Davao’s emerging underground community, the collective—comprised of a hodgepodge of a dozen creatives—is trickling up north into areas like Cebu and Manila, and soon, onto the rest of the globe.

Unlabeled’s very name speaks of their nonexistent restraints. They drew creatives from all sorts of mediums, and just like a supergroup straight out of a comic book, their collective was built around tight-knit friendships that were already formed. “Unlabeled Collective doesn’t have a ‘leader’ since it defeats the purpose of being in a collective,” says Audible Lecter, or Aud for short. “We’re each other’s own critic and support groups, we support and aid whatever it is that a group member needs be it sonically or visually or whatever we can do to help one another.”

Currently, the 12 members of Unlabeled consist of musicians, photographers, videographers, a DJ and a graffiti artist. Some connections started as early as childhood, like Shok—Unlabeled’s resident graffiti artist—and NAV-Eye, the group’s main producer, who was discovered through an old friend. Whatever their origin story, most of Unlabeled sprung from hip-hop group Delinquent Society with Aud, Contemplate, Mellow Marc and Fusr. From this pack, more came into their fold that went beyond rhymes and bars. 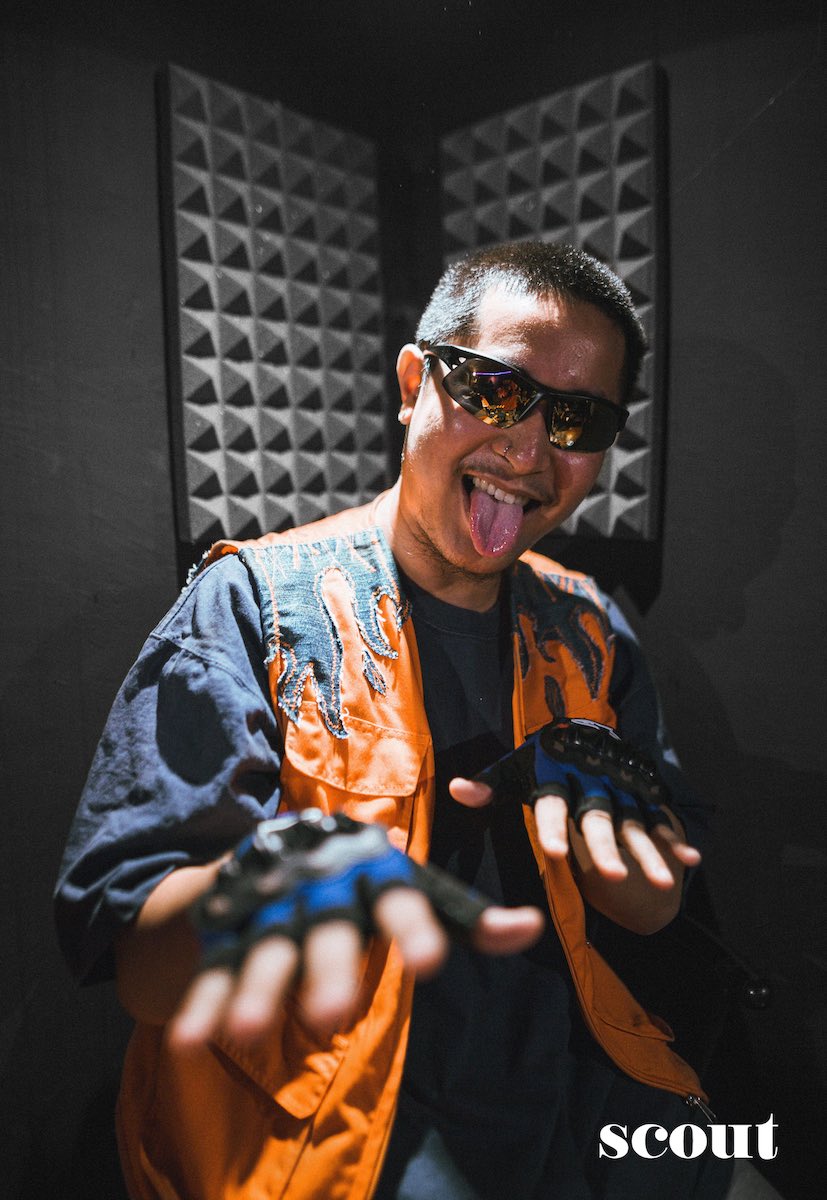 It’s our way of uplifting the scene into a larger scale and for [Davao City] to be known nationally, or even internationally. 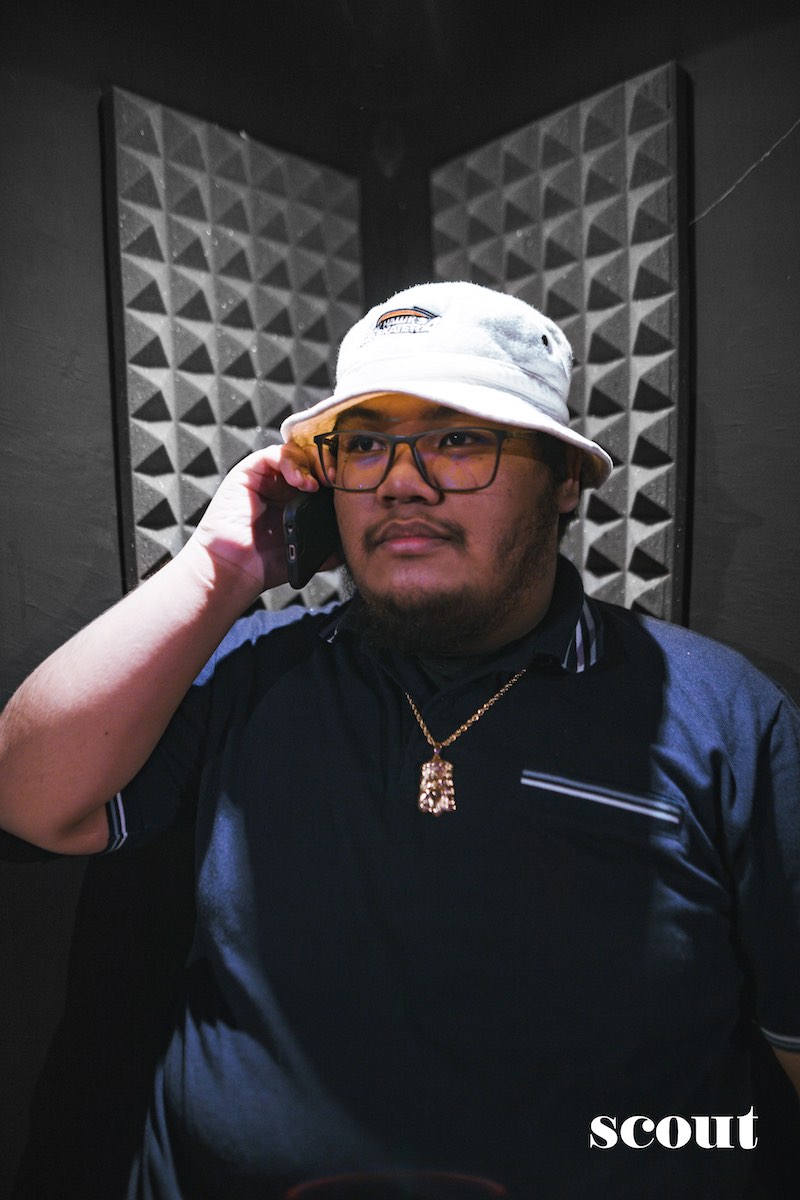 “Basically, the collective’s foundation is friendship and connections that we already have within our own circles,” Aud explains. “We wanted to name the group ‘Unlabeled’ since we don’t want to put any label to our work, we do what we want be it within or outside hip-hop.”

There’s photographer Steez Cedric, a regular of the Delinquent’s shows since day one, who captured shots of the group since their start in 2016. DJ Ross was another mainstay deejaying for Delinquent’s local gigs, who tagged along Unlabeled’s future producer, Delae. Videographer Murphy Cabellero worked in the same college Aud and DJ Ross were in, and he soon recommended Kendrick Pantig as Unlabeled’s visual editor. Meanwhile, fellow artist Erich Perez came along Murphy’s projects, which ended up being Delinquent’s music video for “Bounce (In My City).” 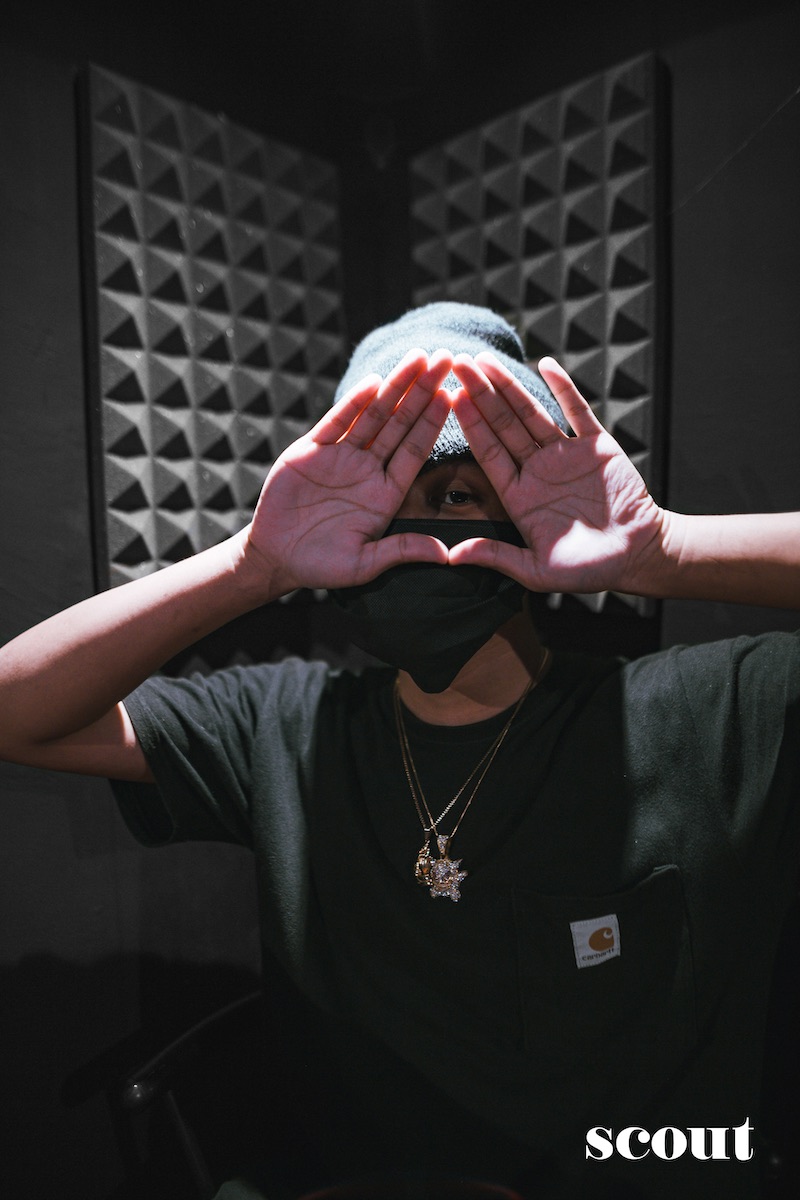 On paper, it’s a complex web that sounds susceptible to the Butterfly effect—without one, Unlabeled may be a radically different group altogether. The thought isn’t farfetched, when each one—however distinct—brings something new to Unlabeled’s table. “Everyone’s involved in each other’s work by suggesting and adding a layer,” Aud says. “It started with us trying or wanting to propel what Delinquent Society has done by accompanying it with our visuals, videos, music and events that we organize. It’s also our way of uplifting the scene into a larger scale and for the city to be known nationally, or even internationally.”

But before the international scene gets to bask in the glory of Unlabeled, the rest of the country gets first dibs. Their recent Road Work tour had them in places in Cebu and Manila, where they exchanged bars with local underground hip-hop names like Cookie$, as well as the capital’s Kartell’em and Rjay Ty of Bawal Clan. But wherever Unlabeled brings them, it all boils down to a Davao homecoming. “We want to show that Davao City isn’t behind at all in terms of music and other audiovisual stuff. It’s hard for us knowing that the stigma is that we’re left behind in terms of culture and lifestyle because we live in a ‘province,’” Murphy says. “So, we wanted to show everyone that we can still do whatever we want sonically and visually and still be heard.” 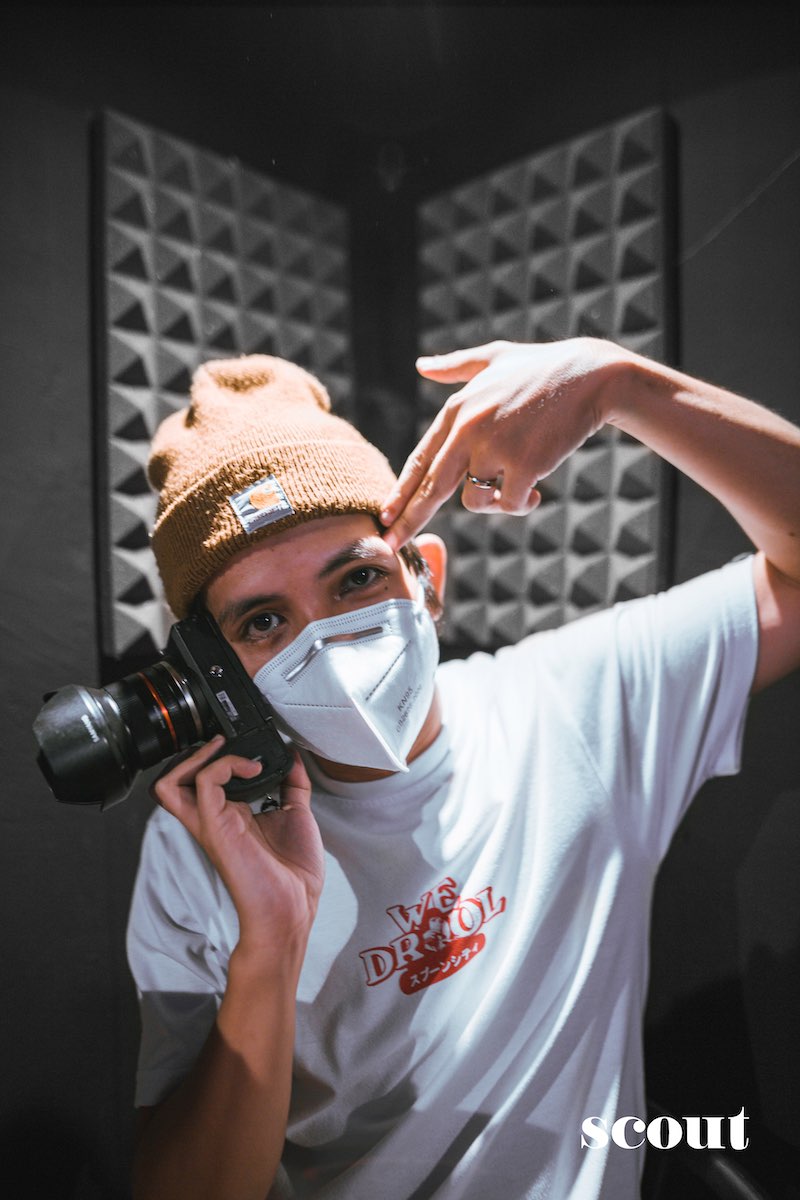 We’re each other’s own critic and support groups, we support and aid whatever it is that a group member needs be it sonically or visually or whatever we can do to help one another. 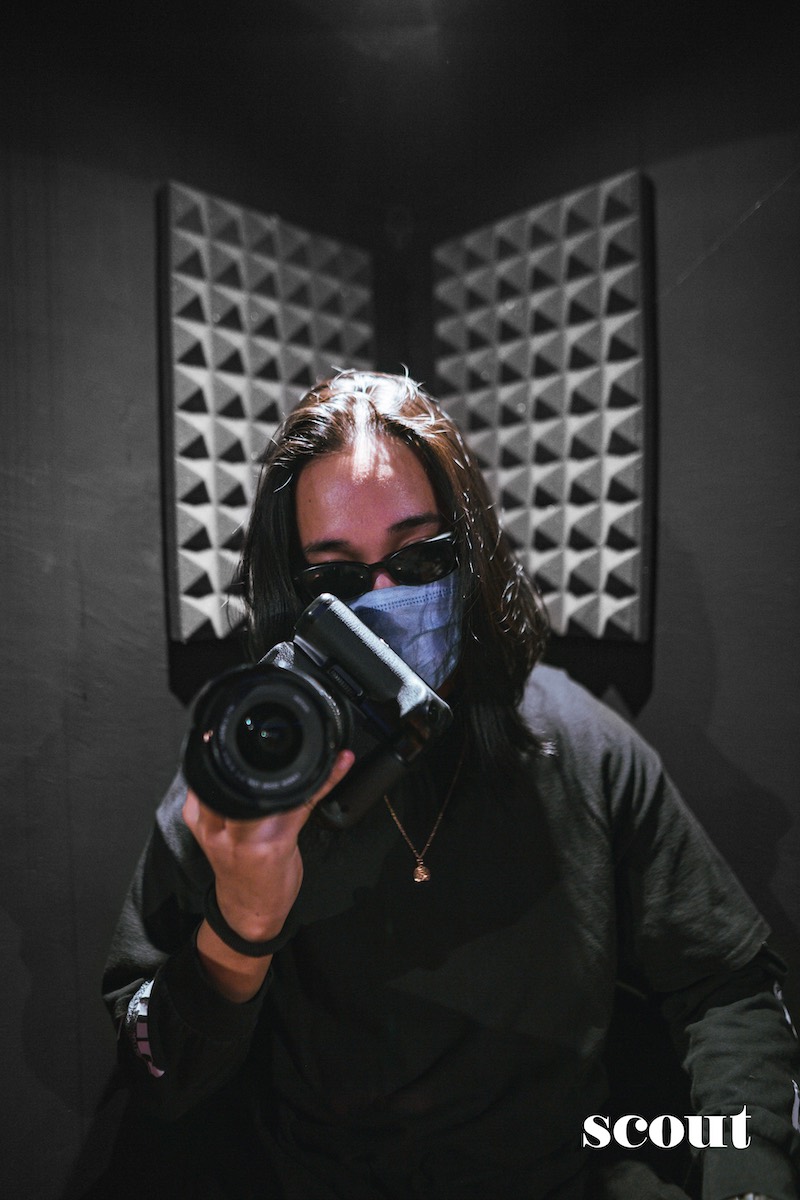 “The collective sees them more as a challenge, and not as an excuse to limit the creativity and output in which we produce,” DJ Ross adds. “Somehow, we see these factors as challenges to strive even better and produce top-notch content.”

While the world stays on pause, Unlabeled continues to press play, as a long to-do list awaits the folks of this collective. After their collab with clothing brand STYAHD, there’s more they’ve yet to uncover—Delinquent Society’s sophomore album, a possible female addition, more collaborations, or as Kendrick puts it, all the “good and bizarre” things.

“It’s gonna be exciting and we’re expecting big things for our collective when it finally comes,” he says. Whatever their next venture, one thing’s for sure with Unlabeled—limitations are a thing of the past.

SHAREA lot of the anxiety surrounding the pandemic doesn’t really come from becoming...

SHAREIf you’ve been raving about the recently debuted “Digimon Adventure” and the long-running...