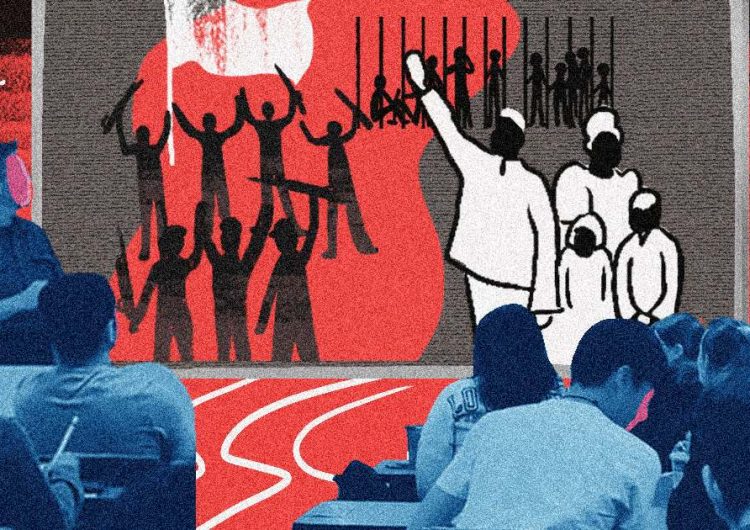 In fact, Filipino textbooks have a history of sorely needing improvement alongside the country’s education system. We are “a nation of fifth-graders,” said the late former University of the East College of Education dean Dr. Josefina Cortez. In December 2019 and using 15-year-olds as basis, the Philippines was assessed as the worst out of 79 countries in reading. In math and science, the Philippines came in second to last.

In addition, the roots of our current education system aren’t exactly patriotic. In anthropologist Niels Mulder’s 1990 paper on Philippine textbooks, he said that Philippine education during the U.S. colonial regime was a cultural strategy to uphold American interests, with Philippine schools using American textbooks until “well into the sixties.” We can only imagine how much of history remained unwritten in the interest of protecting a colonial narrative.

TL;DR: There’s a lot to dig into when it comes to our country’s story but to learn our true roots, we have to go beyond our school lessons. To help whet your appetite about our rich history, here’s a different kind of social studies class.

Women like general Agueda Kahabagan are barely found in the pages of our social studies books. Many unsung heroines were soldiers, generals, healers, suppliers, teachers and all-around badasses who played vital roles in the revolution. There is Teresa Magbanua, who led bolo troops in battles that won Iloilo’s independence; Trinidad Tecson, a warrior who fought at the frontlines in Bulacan against the Spanish occupation; Concepción Felix de Calderón, who founded the Feminist Association of the Philippines in 1905. Get into it.

Often, we were taught that Americans freed Filipinos from the Japanese occupation—but Filipinos did more than just sit on the sidelines. On Jun. 14, 1966, Filipino guerrillas fought and won the Battle of Bessang Pass against the Japanese Imperial Army. The battle was described by American military authorities as “one of the most terrible and incredibly difficult battles of the entire war,” and was a major victory for Philippine liberation. Ilocos Sur has long been advocating for Jun. 14 as a national holiday in commemoration of the victory and our ancestors’ heroism.

Back in 1905, a man named Dr. Truman Hunt lured Philippine indigenous people to America with the promise of $15 a month to be put on display at a “human zoo” in Dreamland, a Coney Island amusement park. The Igorots, some at toddler age, were tied to poles and left in cages for millions of American visitors to ogle at and treat like animals. They were forced to perform mock tribal ceremonies and consume dog meat, and Hunt spun stories to the press of how Igorots were “savages.” Although this horrific act is something Filipinos should never forget, Americans wanted to erase this from history—and so it was. Almost.

SHAREIV of Spades vocalist and bassist Zild Benitez has been quite busy during...