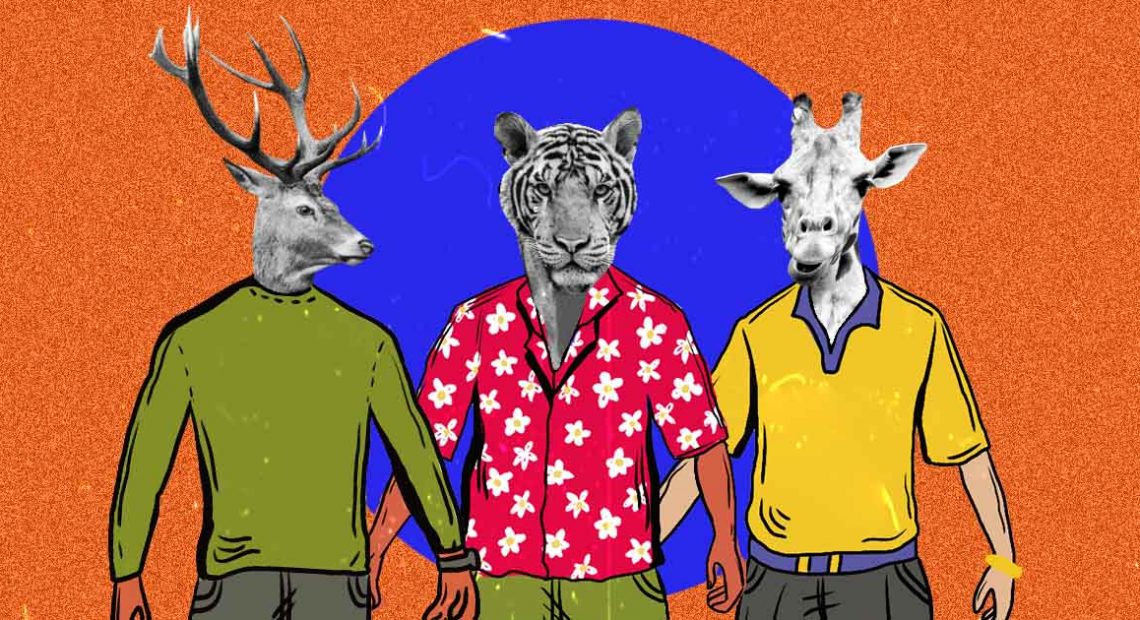 As the fashion world continues to serve us seasonal fads to experiment with, our closets have become a mix of runway couture and normcore essentials. While we saw the sudden shift of vintage fashion from the underground streetwear scene to the mainstream market, one of—if not the most—iconic trends that came out of this is the “Dad Fit”.

We might be laughing at the idea of our dads stunting on a full-on fashion event. But truth be told, their fashion choices have made it to the point where they’ve influenced brands like Louis Vuitton and Balenciaga. Hell, there are even products that exploded both in popularity and in sales thanks to our dads. If only vlogging were a thing back then.

Our dads’ high-waisted, worn-out denims paired with a 14-year-old baseball cap must have seemed boring back then, but cuh, if we hit up a party with that look now, we’d have the biggest drip of them all.

While the Dad Fit comes as a surprising fashion trend for some, it’s a style that’s actually been inimitable for decades, one that simply prioritizes comfort and durability over anything. So with this in mind, why don’t we run across some of the different fashion phases our dads have lived through?

Before anything else, let’s give some credit to the real OG. I’m talking about tucked collegiate tees, brown cargo shorts, knee-high socks and some wack, yet eye-catching, Nike Monarchs. Yes, the original dino stompers. This outfit was so OG Dad that they even had tutorials to reinterpret and reimagine these looks. I can already hear the car keys just by thinking about this outfit.

Every Day Is A Throwback Thursday (Early 1990s)

With ‘90s television playing a big role in how it changed people’s perception of social issues, “The Fresh Prince of Bel-Air” in particular stood out, not only because of how it dealt with real-life situations that covered race and ethnicity but also with how it brought “a new vanguard of style”. Seeing people rock multicolored sweatshirts, neon windbreakers and a shit ton of color blocking on TV made everyone want to twin with the Fresh Prince himself, your dad included. This eventually redefined what was hype back then, and what is vintage for us now. Oh, did I say that they messed with a lot of prints? Okay, more print then. Cue music.

Floral For Every Occasion (Early 2000s)

Notice how some people favor certain patterns over others? To be fair, it isn’t really easy to hide when your dad is into florals. They were basically the staple back in the early 2000s since it was running up to be the hottest decade to date and floral polos were just too damn light and comfortable to pass up on. Plus, they’re collared so they can wear it everywhere. Family outing? Floral polo. First Communion? Floral polo. Wake? Black and white floral polo. Graduation? Bitch, you guessed it. Don’t believe us? Two words: Lito Atienza.

Before there was big dick energy, there were giant alligators stitched onto pastel polo shirts. The preppy style, being one of most sought after fashion trends in the 2000s, was a way to exude wealth and privilege. Although retail giants like Hollister and Abercrombie & Fitch carried the trend to the top, Lacoste already stood out with its price tag and Christophe Lemaire as its creative director. But on the real though, our dads didn’t really care about who was handling who. Our dads probably started this Lacoste trend because they had the hardest time explaining what brand of shirt they’re wearing. Thus, logomania was born. I guess Supreme and LV caught on to this?

Remember hearing some dads saying “Always get a size bigger since you never know when you’ll stop growing”? Well, guess these dads practiced what they preached because they all came to their formal functions in oversized blazers and straight cut slacks. But why were they settling for ill-fitting suits when slim-fit ones were available? See, the oversized look wasn’t just a style move, it was also a way for our dads to save more while coming off the Great Recession. At the time, it was unnecessary to splurge on clothes when you already had ones that did the job. No, it wasn’t how A$AP Rocky was rocking them (Double rocky?) but at least they weren’t underdressed. If you need an image that would best describe this, feel free to scan the photos from the NBA’s 2003 draft.

The fashion phases of our fathers have now come full circle by once again landing on comfort and utility. Safely, if I may add, with the help of running shoes. While running shoes have always been a staple for the Dad Fit, the evolution of technology has brought us sneakers with the same chunky (at times ugly), and retro look but with an even better feel. Thus, making the Dad Shoe arguably the most coveted sneakers by both dads and anyone but dads. We do want to note that the only difference between our dads then and now is that this time, they have an interest in the foreign exchange market and flexing on their kids. “Anak, did you clean my Adidas Ultraboosts?” or “Nasaan na ’yung New Balance ko na 990 na grey?” Yes, dad. We hear you loud and clear.

Read more:
We found these stylish kids on Instagram, and we can’t get enough
These iconic ’90s streetwear magazines are now available for download online
Balenciaga, Fendi and more luxury brands are now in pixels, thanks to the Animal Crossing runway

SHAREThe streets were indeed coloured with rainbow. From the pride march to the...

SHAREIn a scene typically dominated by males, it can be intimidating for women...

SHAREIt’s officially been two weeks since lockdown has effectively stopped outdoor merriment in...