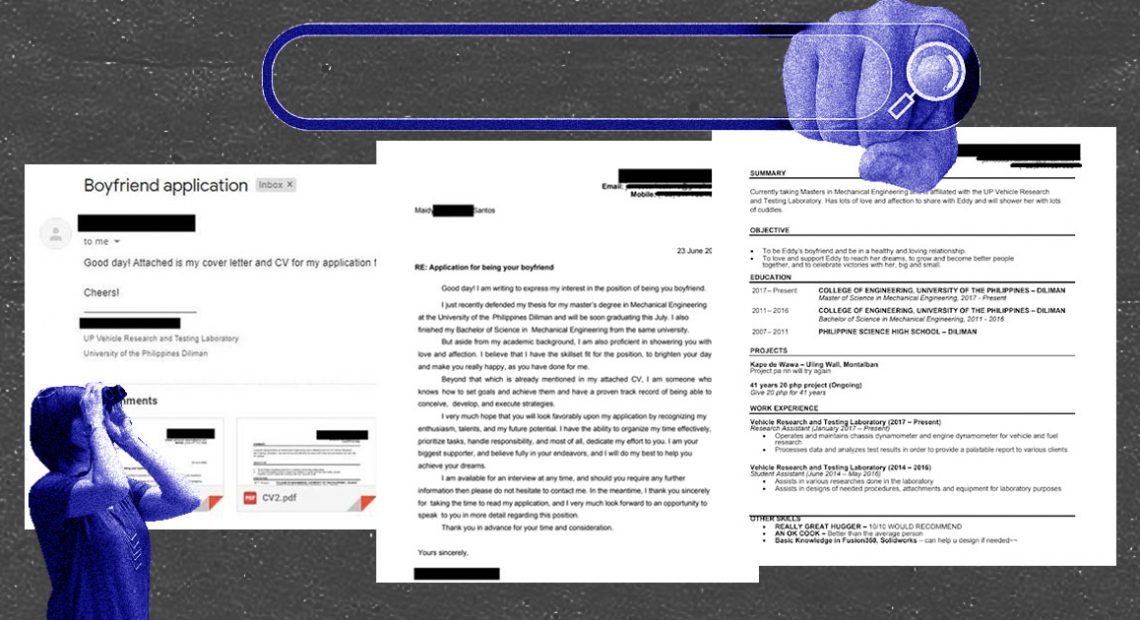 Traditional courtship may be ancient history, but people today are changing it up. It isn’t through long walks on the beach, a soulful rendition of “Harana,” or even Tinder for that matter, but through the most efficient way of persuasion known to the corporate man: a strongly worded cover letter and a sturdy CV.

At least that’s the case for Maidy, a Twitter user who recently made waves on the site after joking about accepting boyfriend applications. After dropping her email address, an applicant knocked on the HR department of her heart, greeting with a very profesh “good day.”

Like most young Filipinos with traditional upbringing, Maidy wasn’t allowed to enter into a romantic relationship while in school. The rule had created a rift between her and her mother when she found out about Maidy’s previous relationship, but after graduating from college a few days ago, it seems that her mom had finally given Maidy the green light.

“My mom and my cousin were talking about our other cousin—who’s the same age as me—about being shy with the talk of having a boyfriend,” she tells us. “My mom then said, ‘Si Maidy nga pwede na mag-boyfriend, graduate naman siya eh.’ I tweeted it immediately out of shock that my mom was finally allowing me to date. I put my email as a joke for ‘applicants’ to send their resume. I wasn’t really expecting anyone to take it seriously.”

“GOOD MORNING SABI NG NANAY KO PWEDE NA AKO MAGBOYFRIEND,” her initial tweet read, which she followed up with “Pls send me your resume and portfolio.”

After some time, Maidy—nicknamed Eddy—received an email from her Next Top Suitor, attached with a cover letter and CV.

“Good day! I am writing to express my interest in the position of being [your] boyfriend,” the cover letter begins. “Aside from my academic background, I am also proficient in showering you with love and affection. I believe that I have the skillset fit for the position to brighten your day and make you really happy, as you have done for me.” 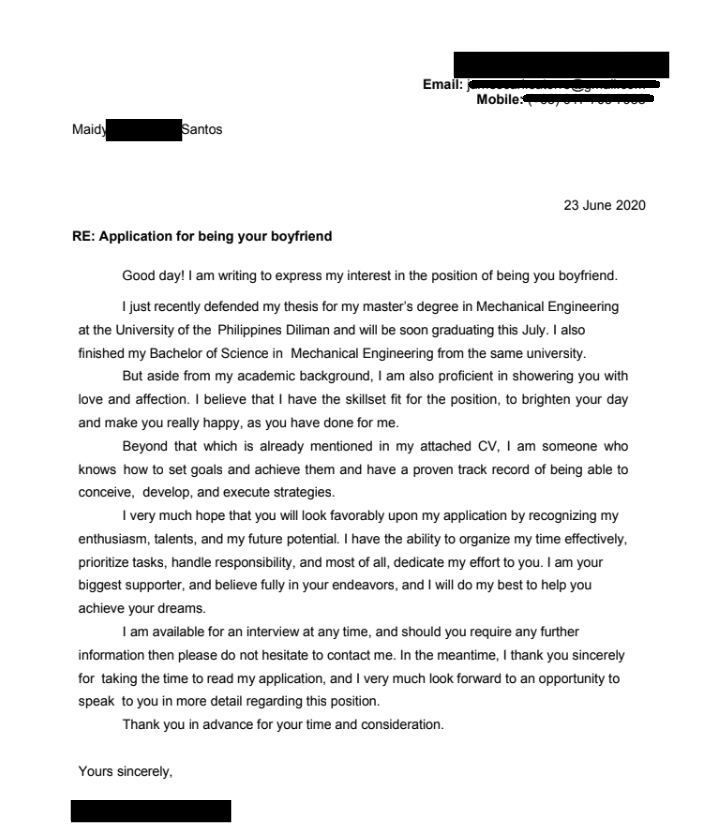 Objectives include “to be Eddy’s boyfriend and be in a healthy and loving relationship,” with skill sets like really great hugger (“10/10 WOULD RECOMMEND”), an okay cook (“better than the average person”) and basic knowledge in Fusion360 and Solidworks (“can help u design if needed~~”). 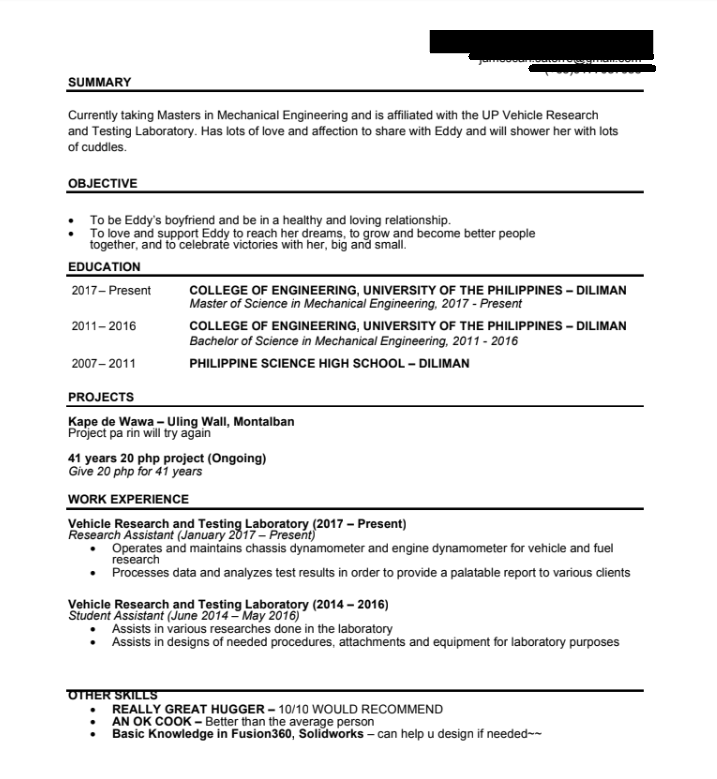 “The person who sent the application is a long-time friend who has expressed intent to be my boyfriend for months now,” Maidy says. “I didn’t expect him to send an ‘application,’ so his CV really made me kilig and it caught me off guard. It’s a very sweet gesture and I am definitely considering hiring him.”

Whether or not he gets that job offer, it sure proved that grand romantic gestures are still evolving—we just didn’t know it could end up on LinkedIn.

Read more:
‘Simps for Sarah Elago’ is a meme I can get behind
Find your music soulmate (sort of) by using this app
My first time using Tinder as a dating app skeptic

Uh, do we really need a ‘Ghost Fighter’ live-action series?

“Tapusin” in the Filipino dub, mayhaps?